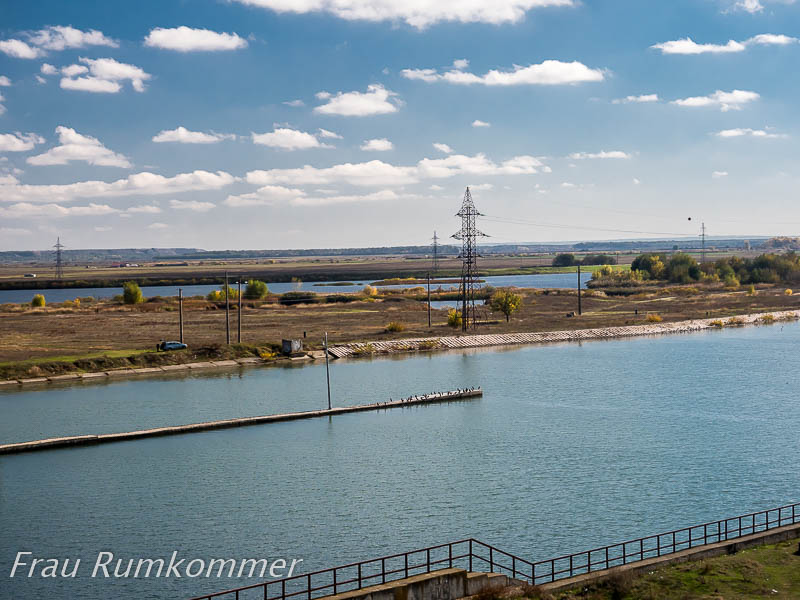 The Olt (German: Alt) flows from the Eastern Carpathians first westwards, later southwards and flows into the Danube after 670 km. It gives its name to the region of Oltenia (Little Wallachia), between the Southern Carpathians, the Danube and the Olt. In its course, it is an estimated half of its length repeatedly dammed. Particularly on its southern 150 km, one reservoir follows the other, like a cascade of lakes. The water of the southernmost lake is apparently also used for irrigation; in this area, west of the Olt, one greenhouse stands next to the other and various vegetables are sold in wholesale quantities along the roads.

The dam walls and the power stations are probably in decent condition. Walls and banks are popular fishing spots and no prohibition signs get in the way. Some of the access roads and former water engineering structures that have been decommissioned have fallen into disrepair. On one of these potholed roads, a total artwork comes creeping towards us with a hellish noise: A vehicle held together by rust, presumably built from a wide variety of vehicles and other parts; the vehicle „upgraded“ as a mowing machine using tinkering techniques; an old rascal as the driver, who has presumably been driving the diesel-smelling thing since his youth. 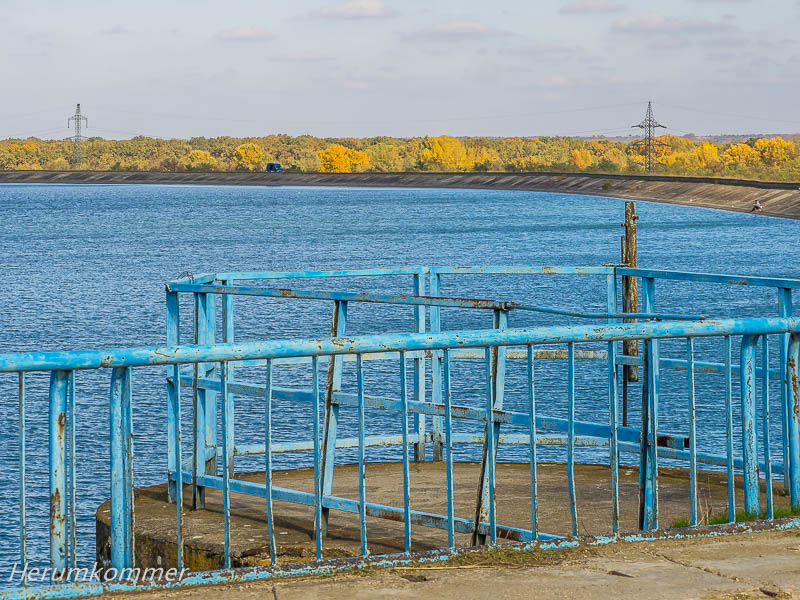 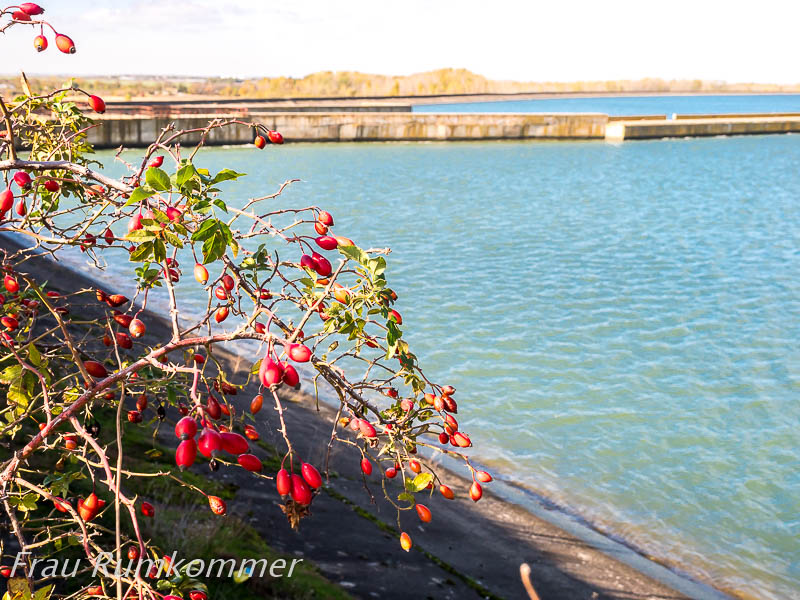 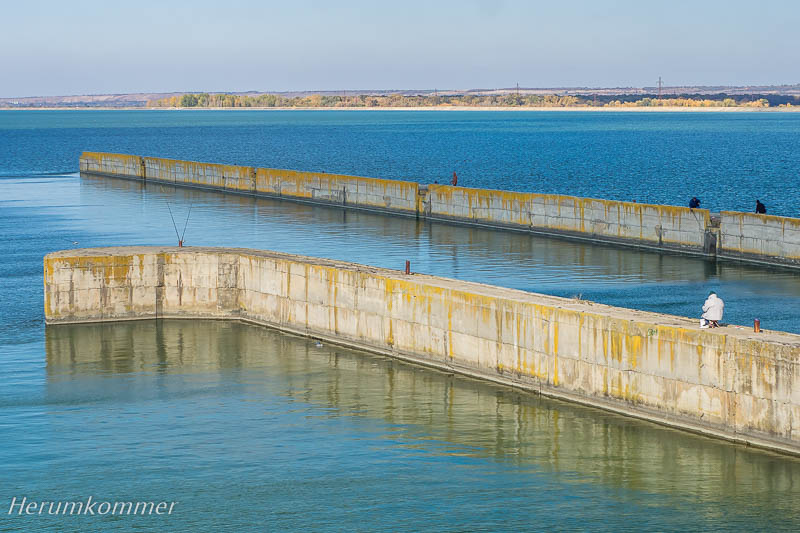 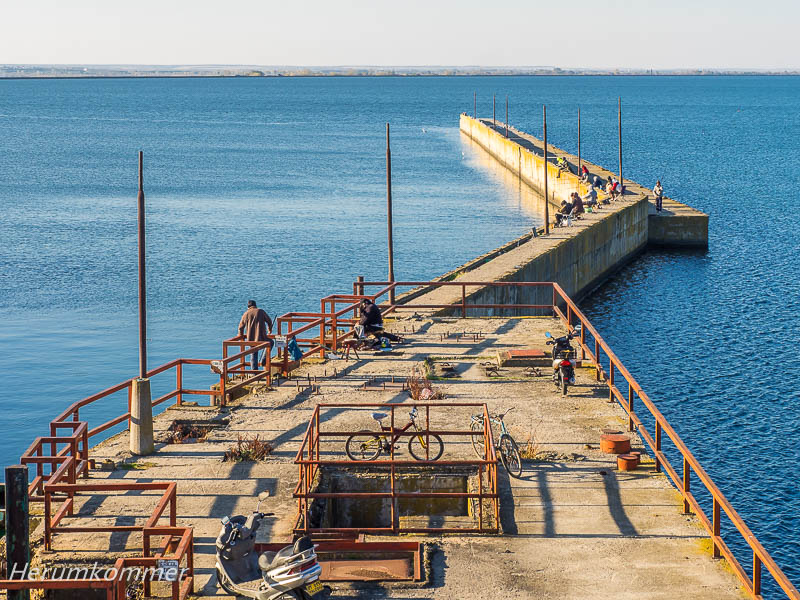 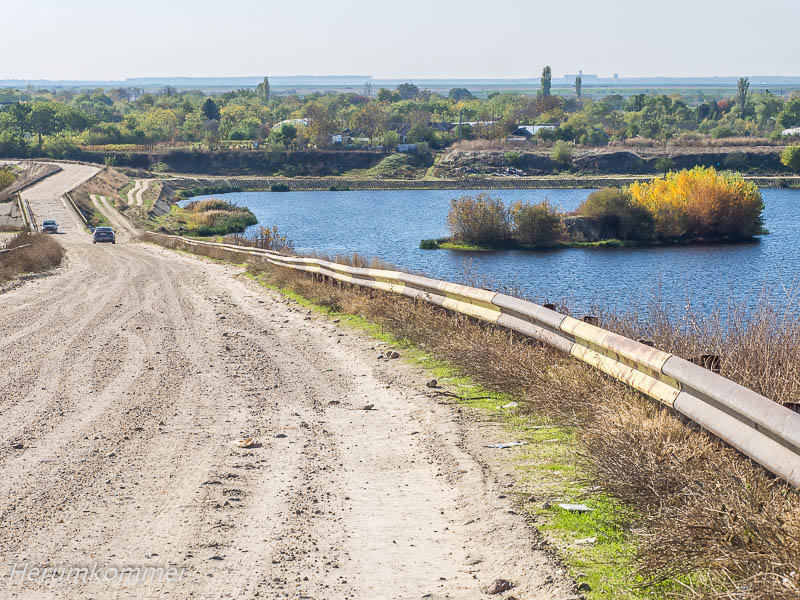 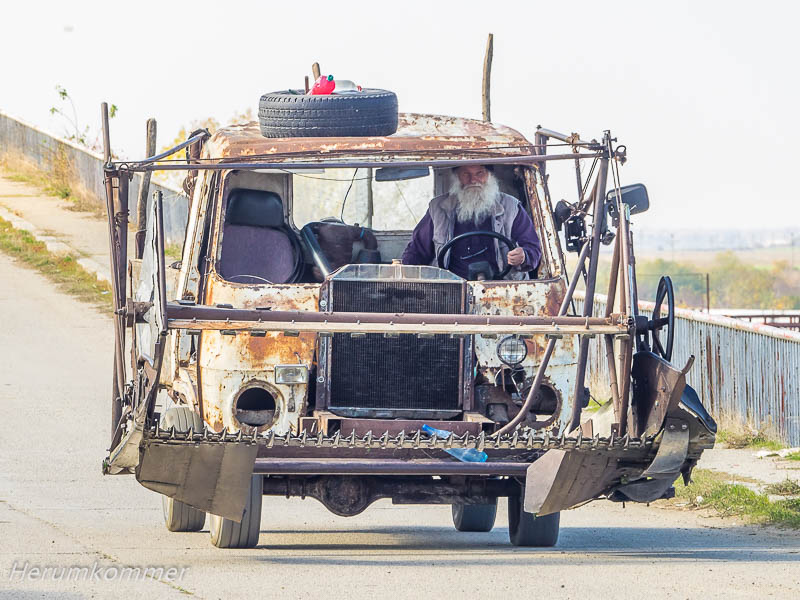 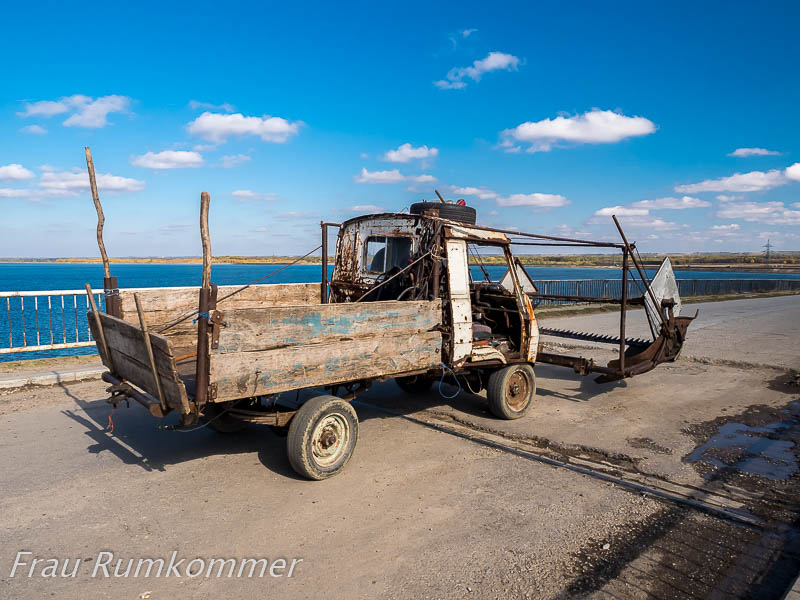 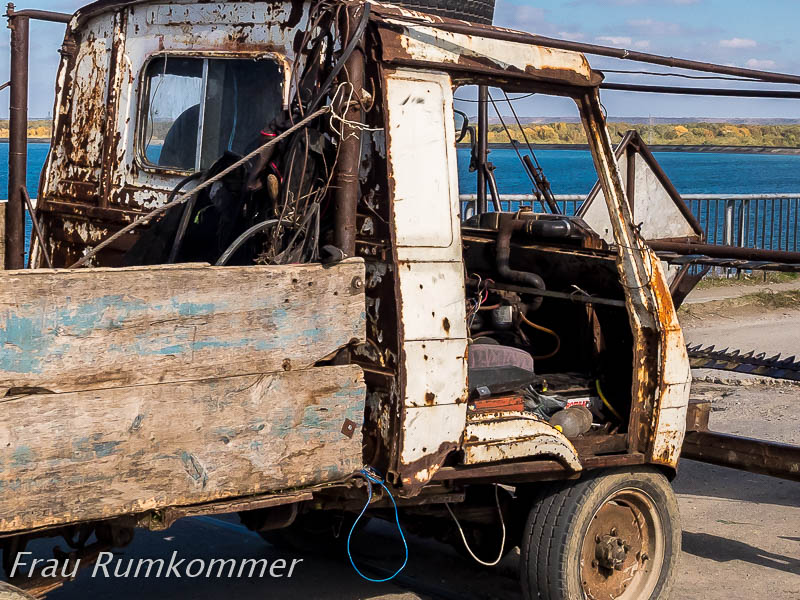 In former locks, the lock gates have been replaced by concrete walls. Nature has reclaimed the areas below these abandoned parts. This has created some beautiful water landscapes. 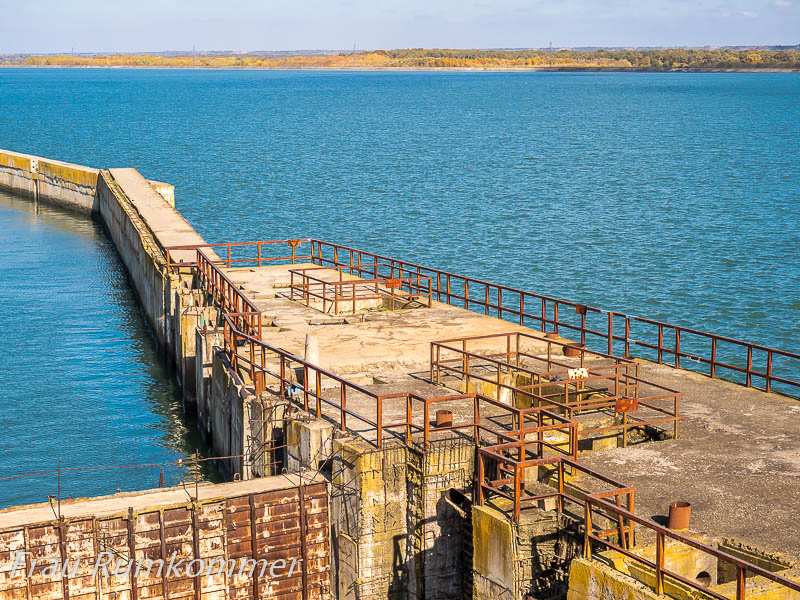 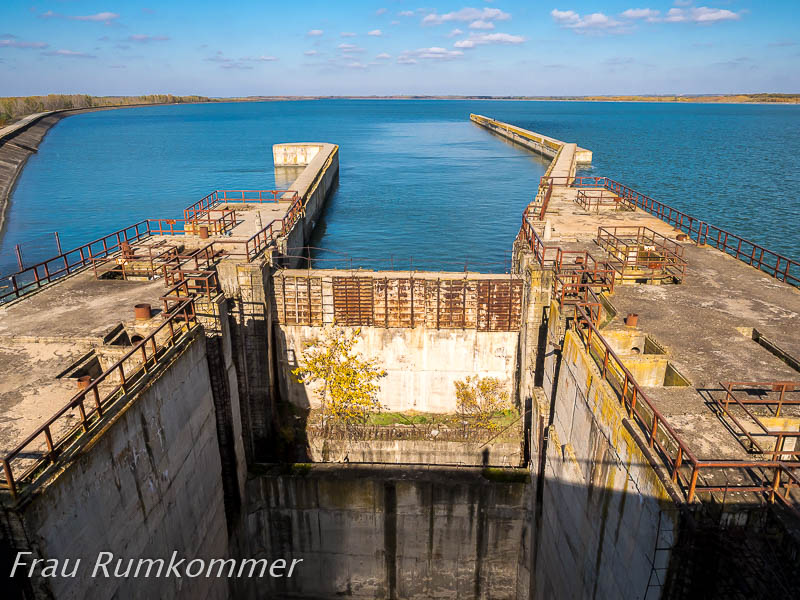 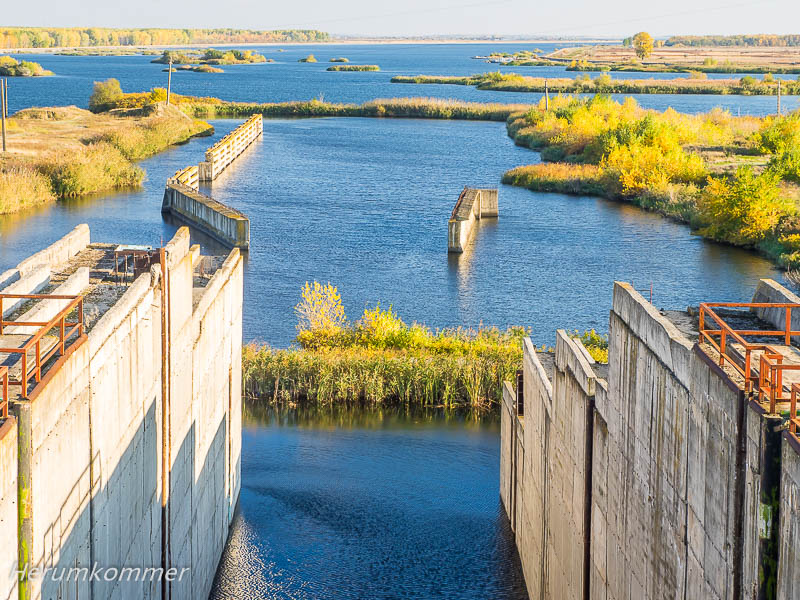 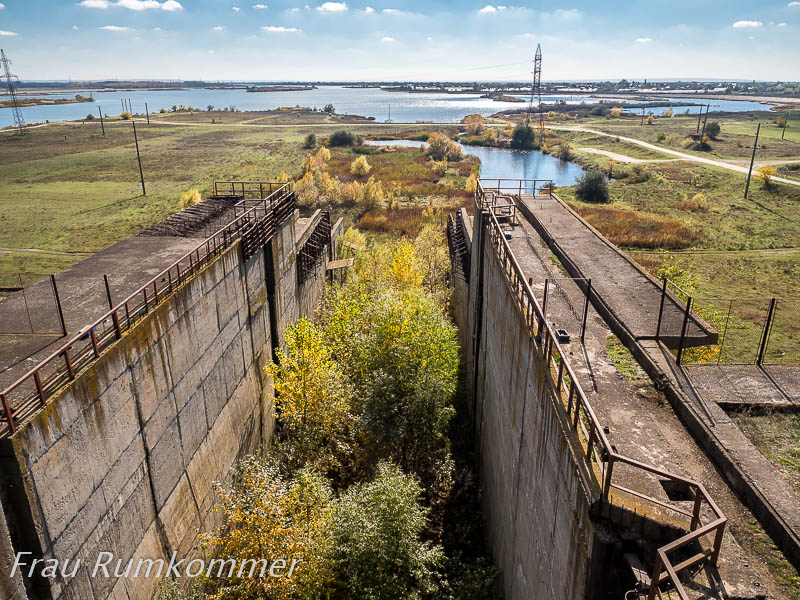 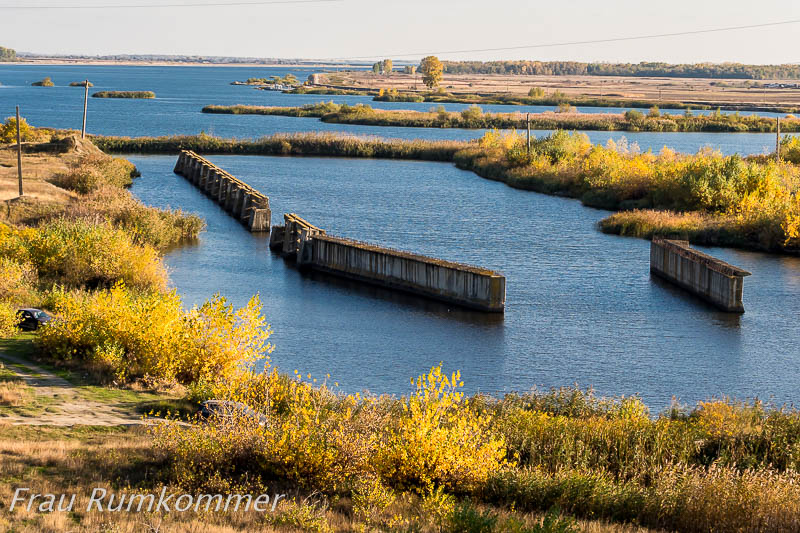 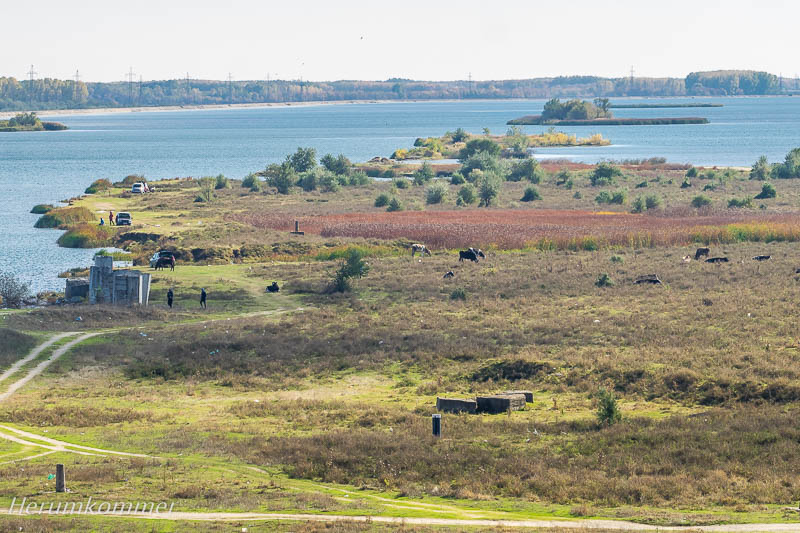 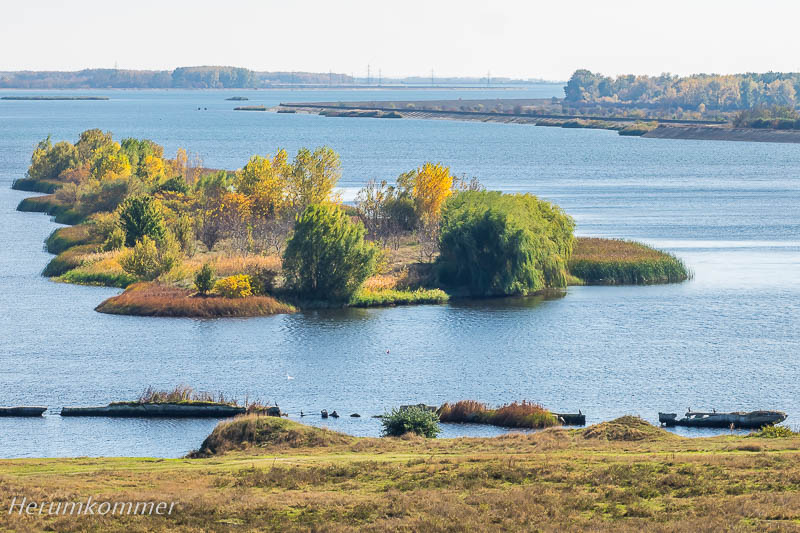 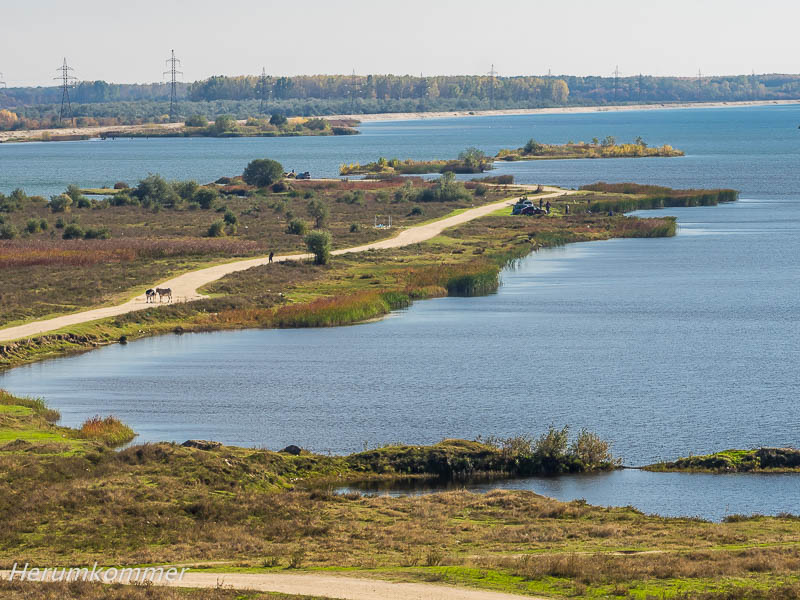 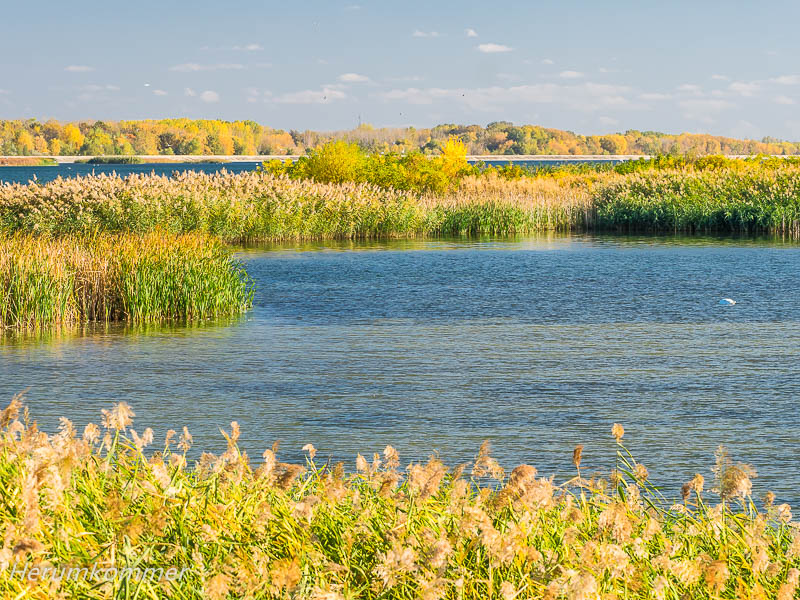 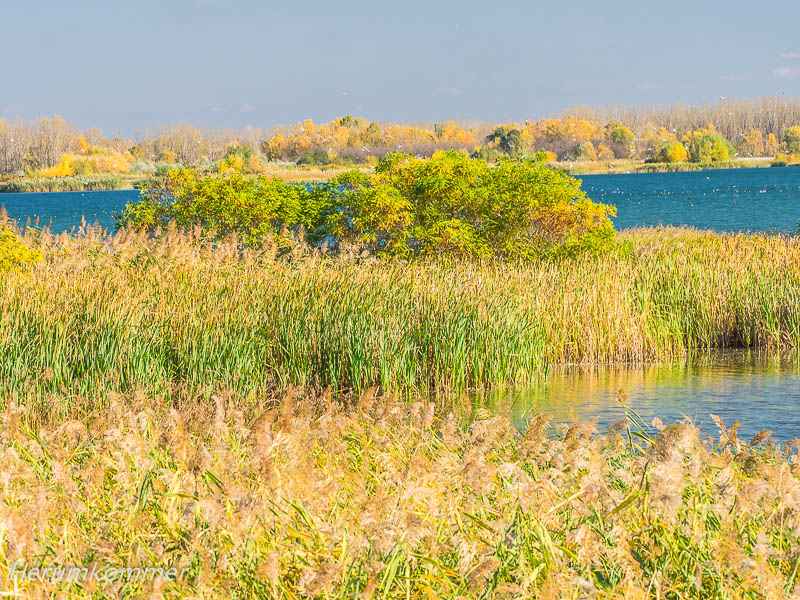 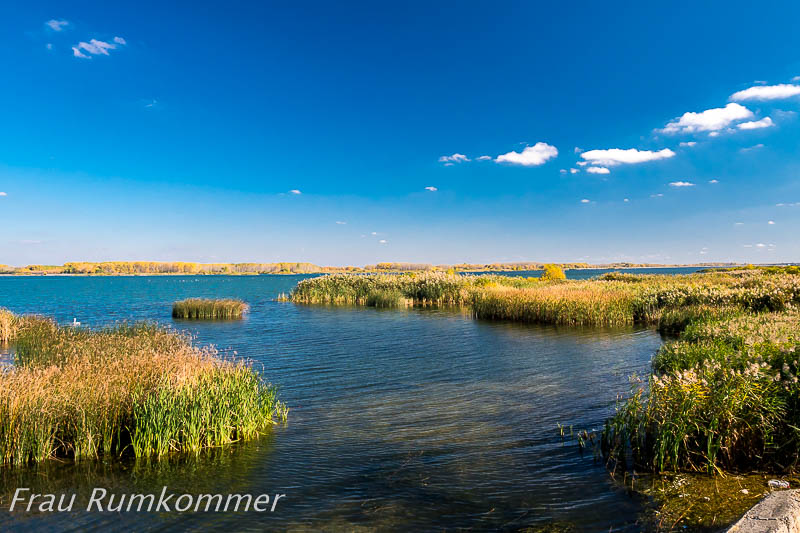 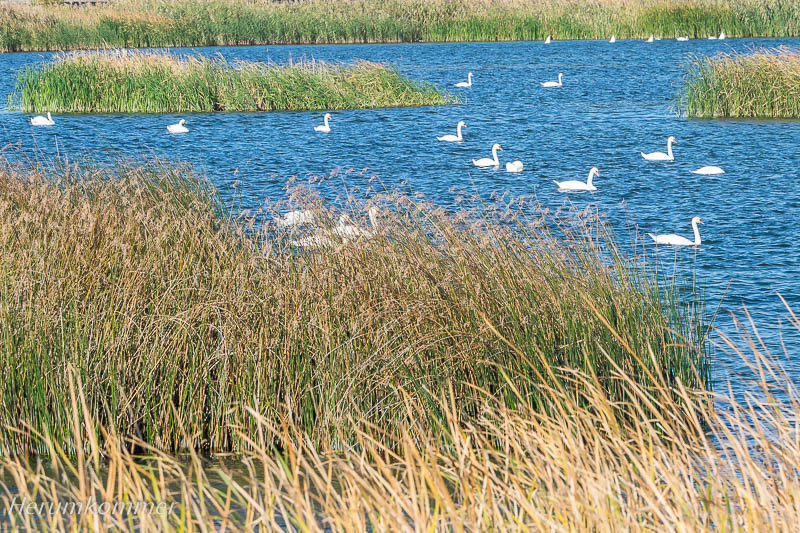 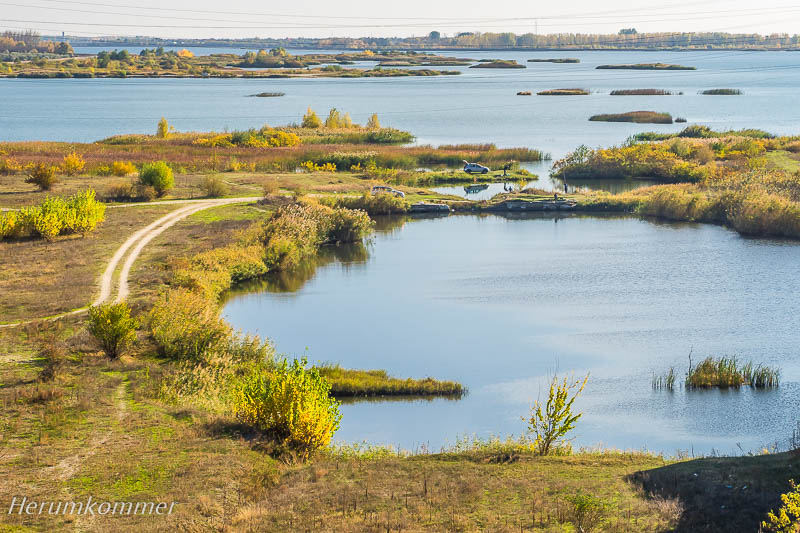 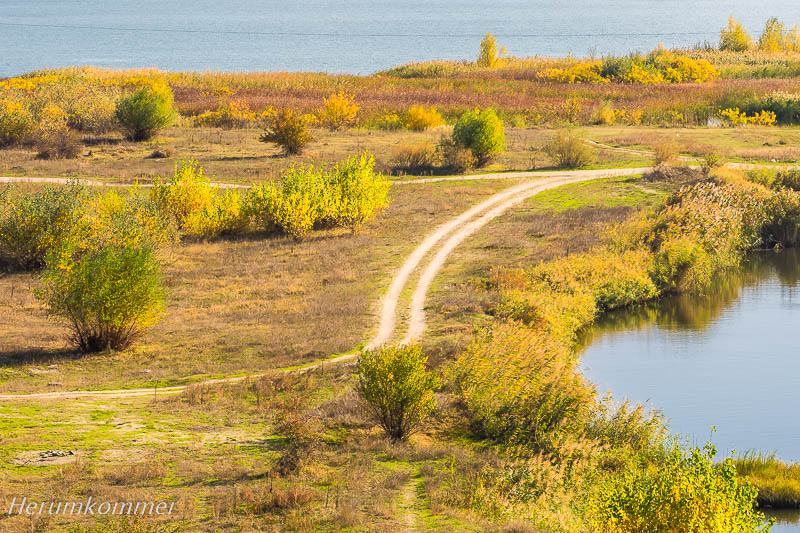 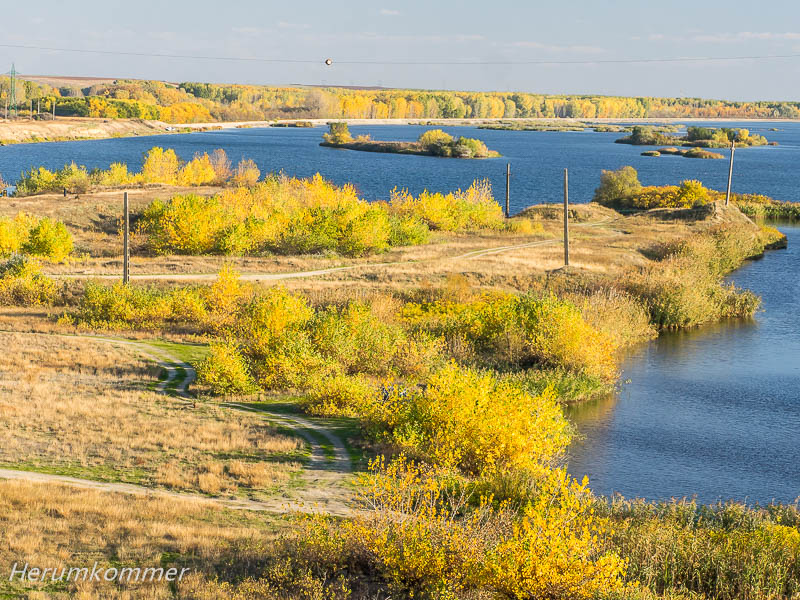