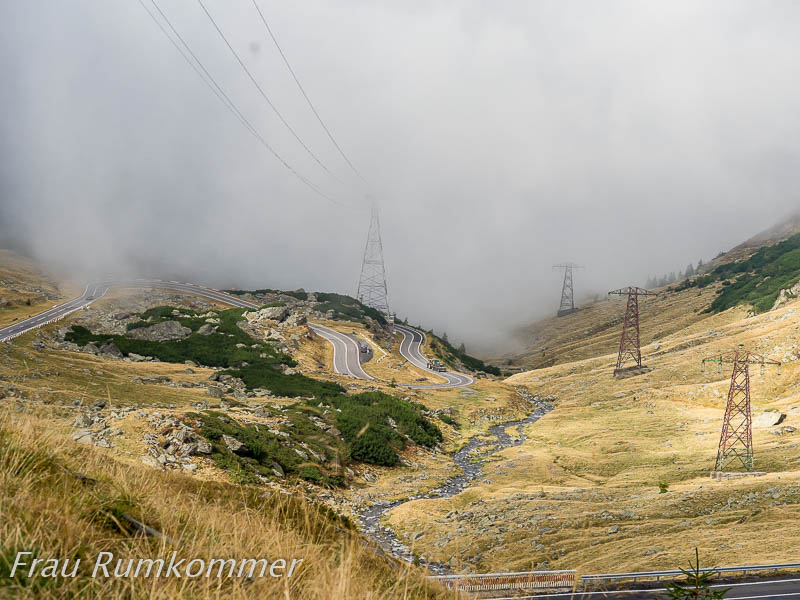 South of Făgărăș, the Fagaras Mountains (Munţii Făgărăș) rise abruptly from the plain. They are the highest and longest mountain range of the Carpathians, also called the „Transylvanian Alps“. One of the most famous roads in the world winds between their two highest peaks: The Transfăgărășan, National Road 7C.

First we drive a few kilometres and many serpentines through forested areas. The road becomes increasingly steeper, the serpentines narrower. We pass the valley station of the cable car that goes up to the top of the pass. Soon after, the forest ends and gives a clear view of the mountains and the further winding road. The clouds that we already saw on the approach have remained and waft over the road as banks of mist. The pass is shrouded in dense fog. It is not without reason that the Transfăgărășan is also called „Road into the Clouds“. We drive back 500 metres in altitude and spend the night on one of the unofficial campsites off the road. 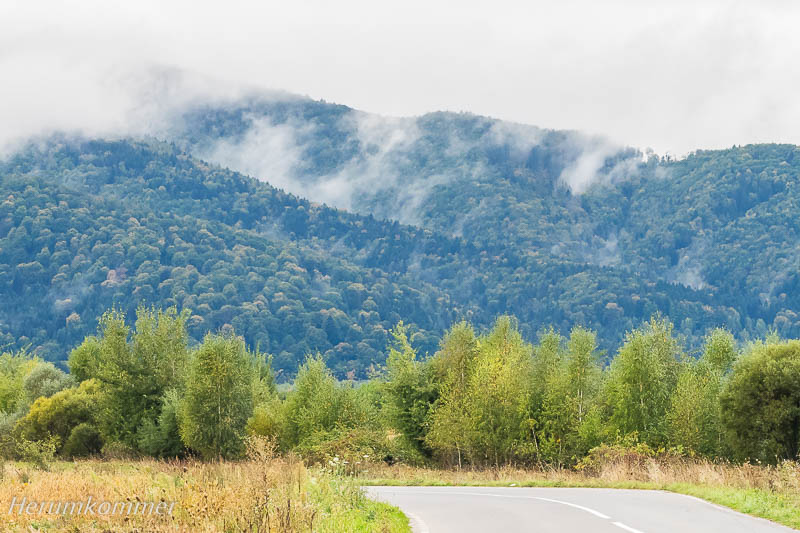 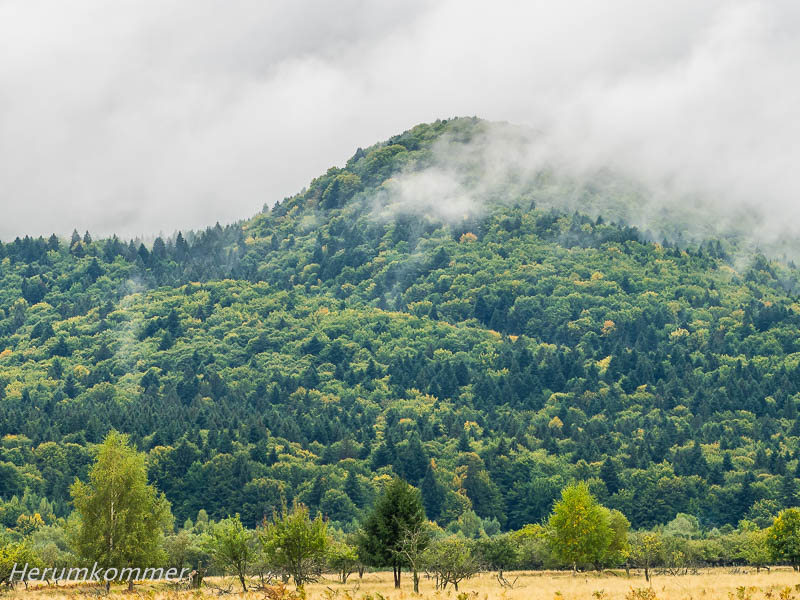 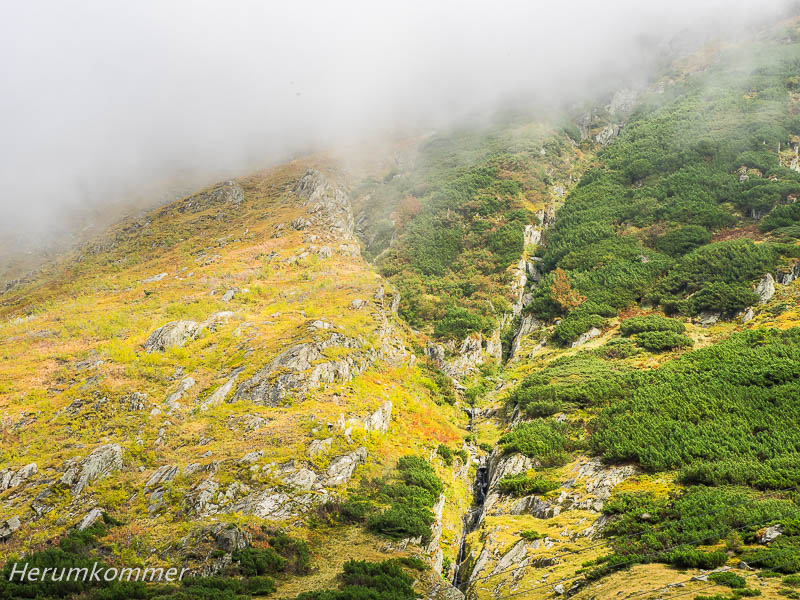 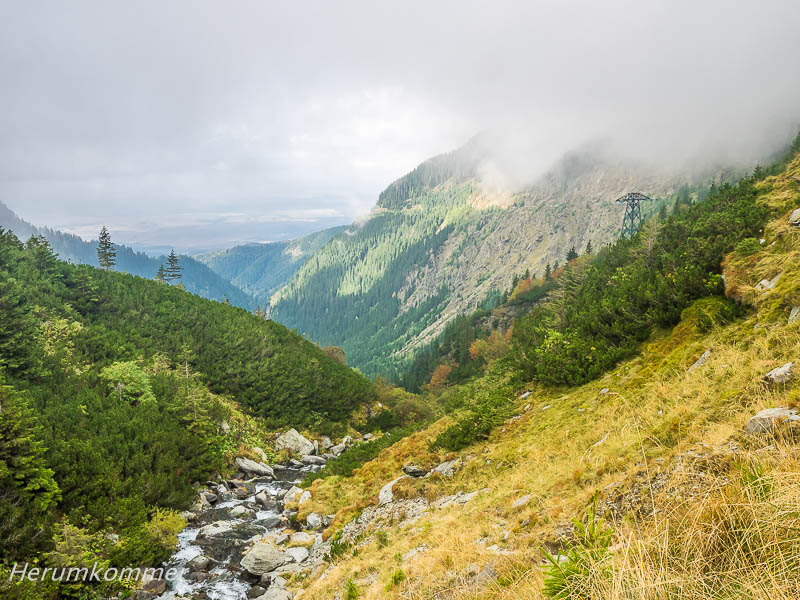 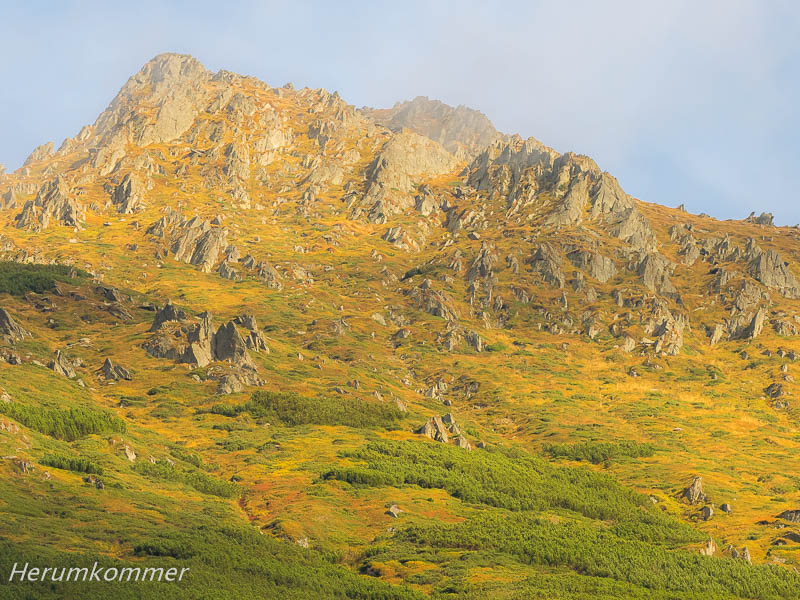 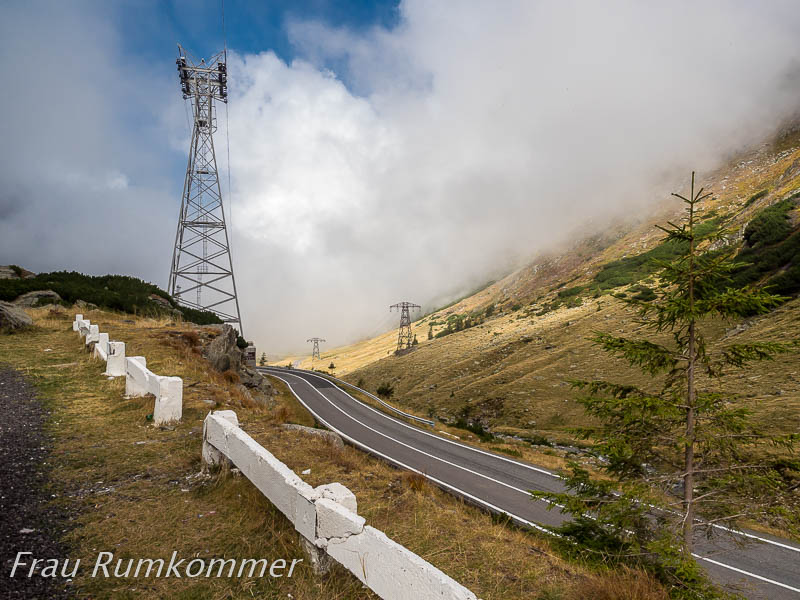 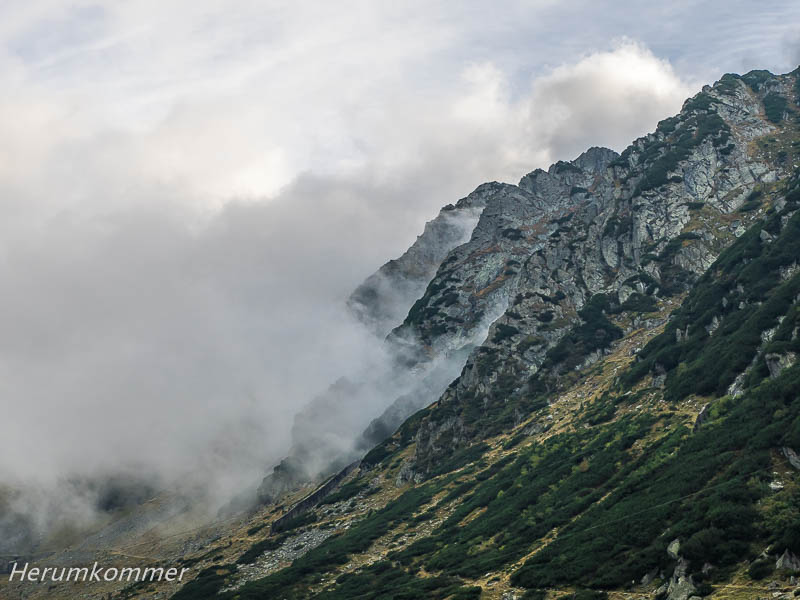 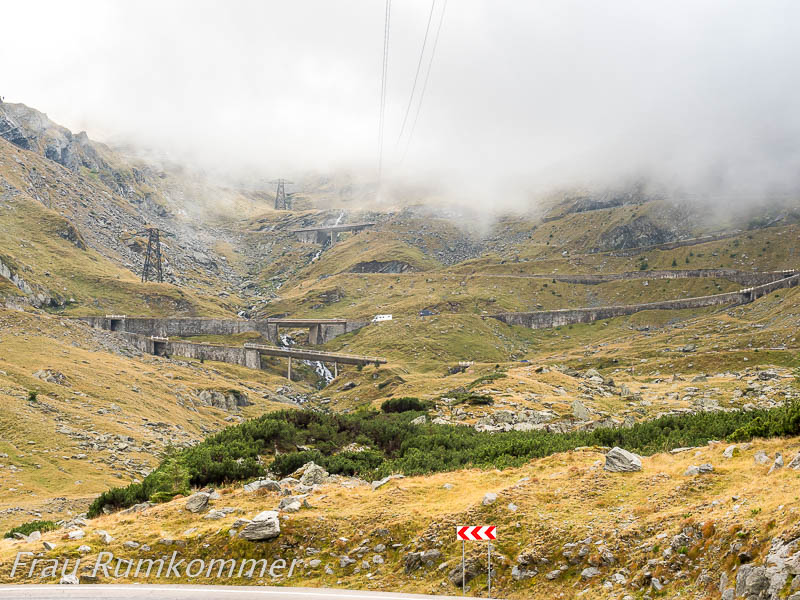 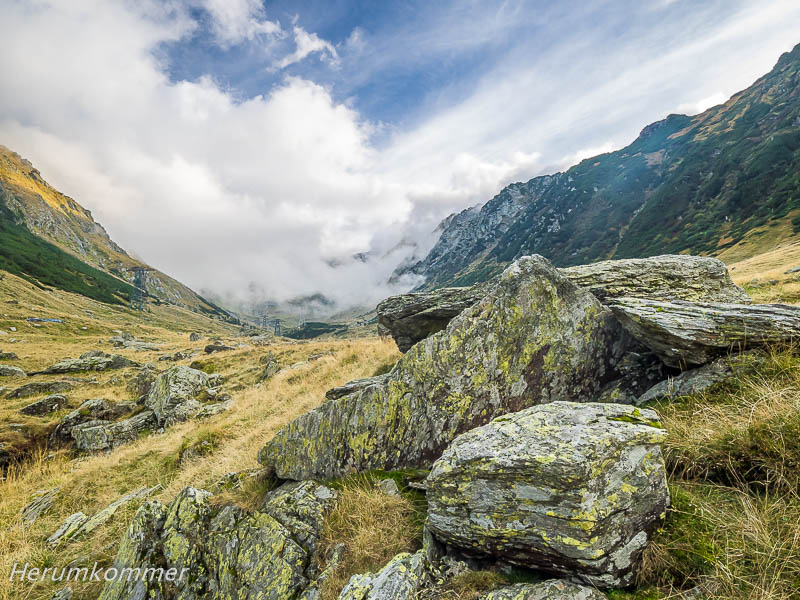 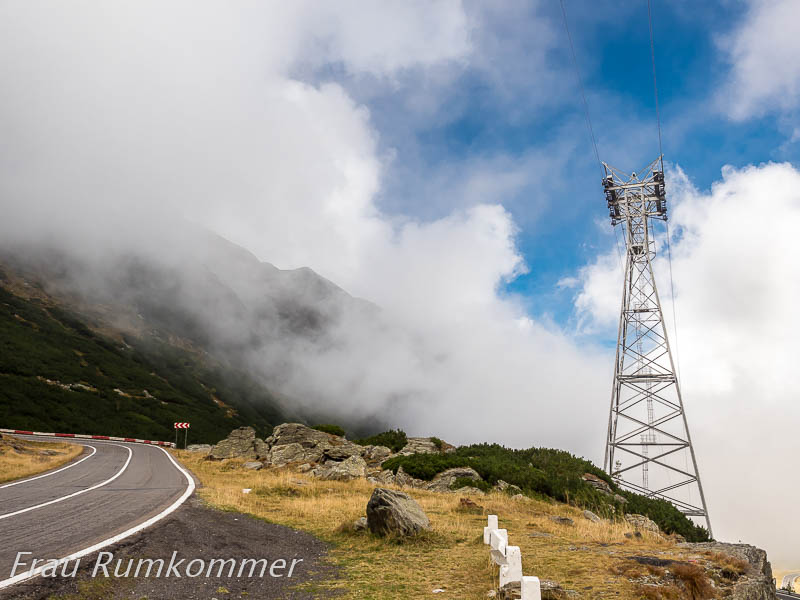 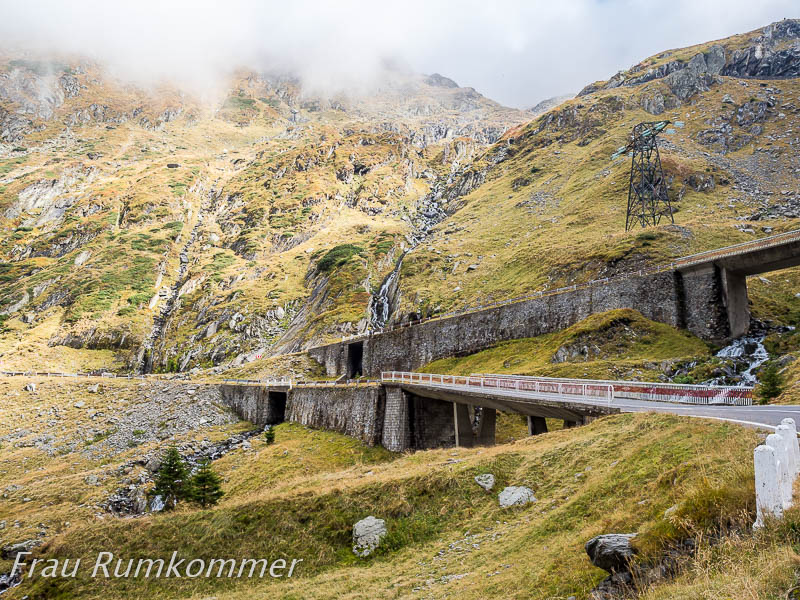 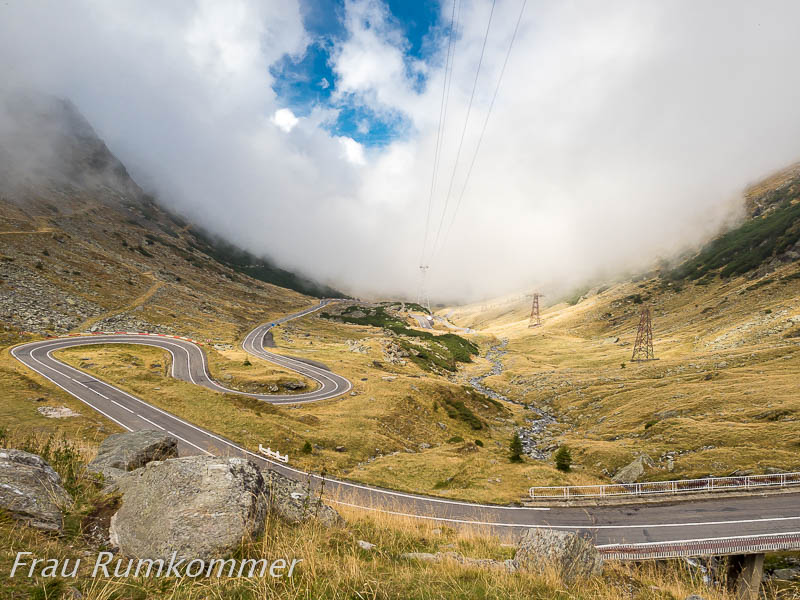 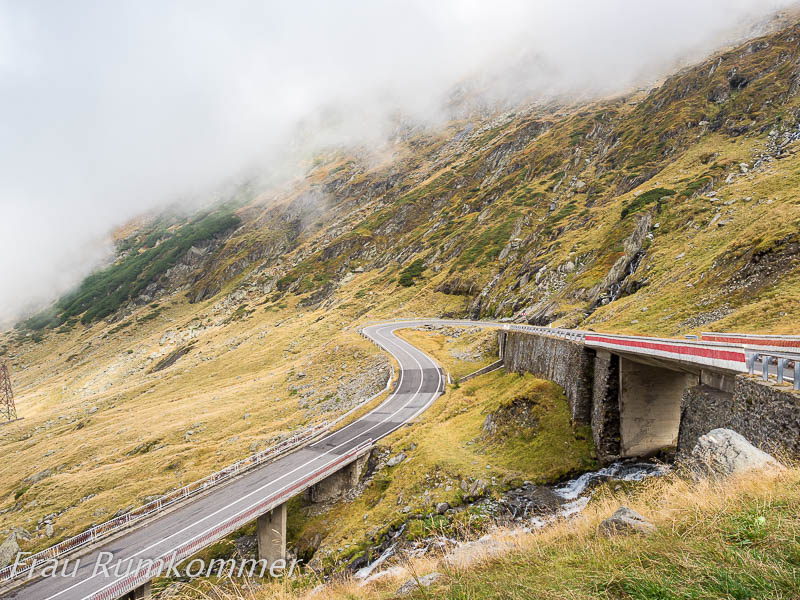 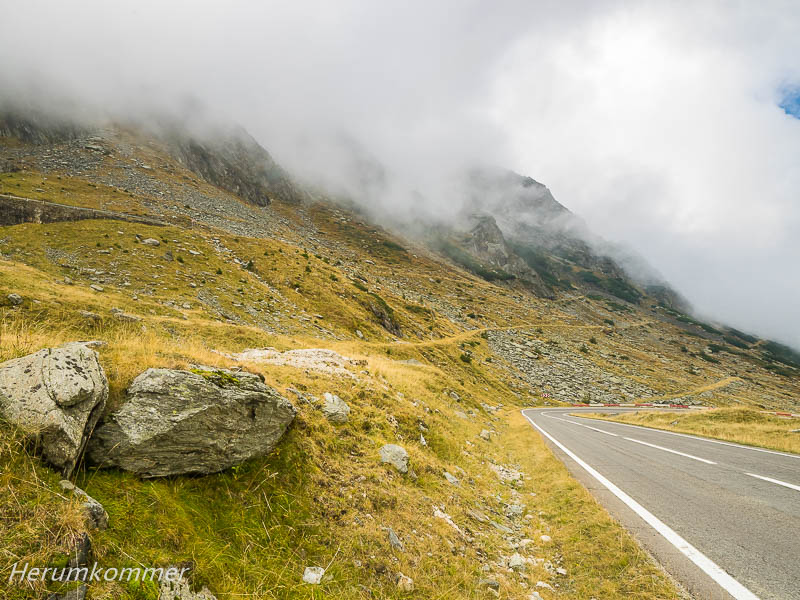 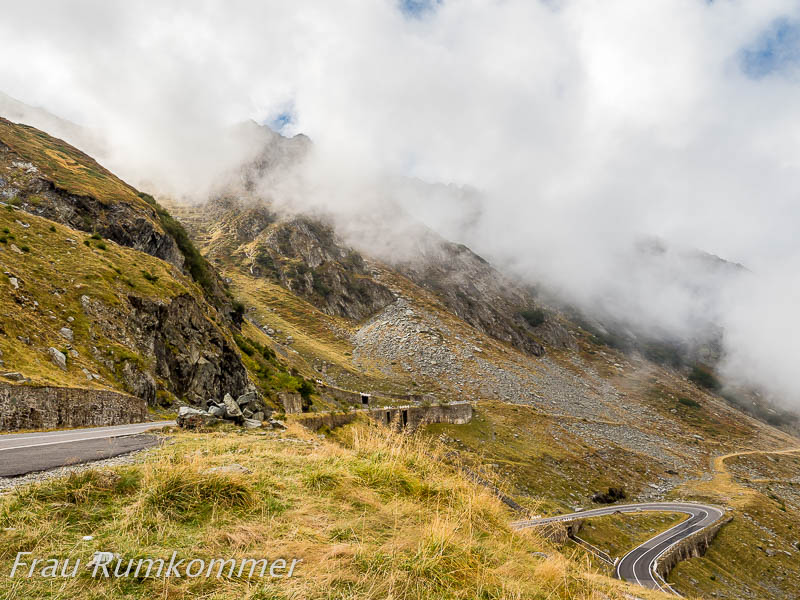 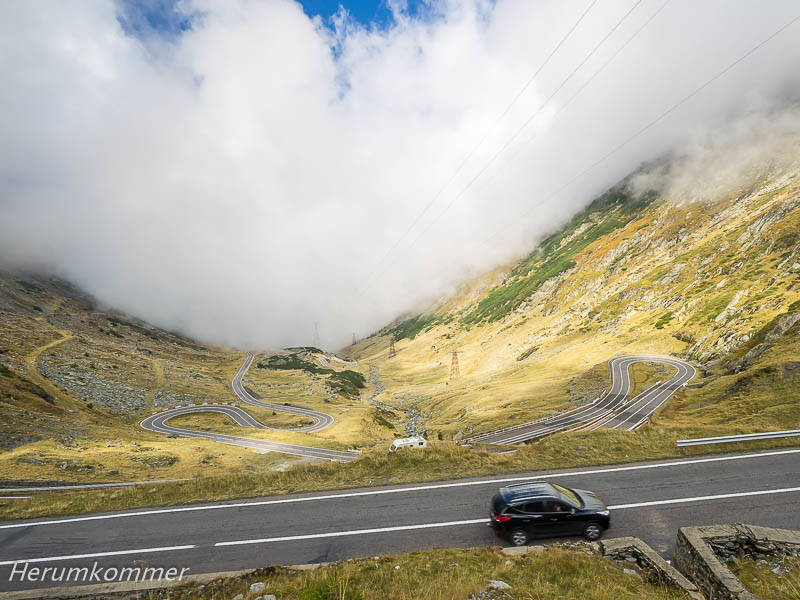 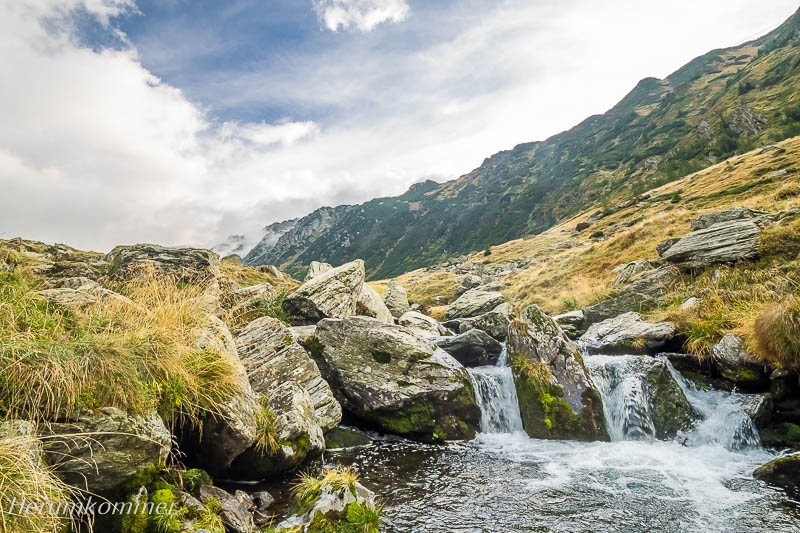 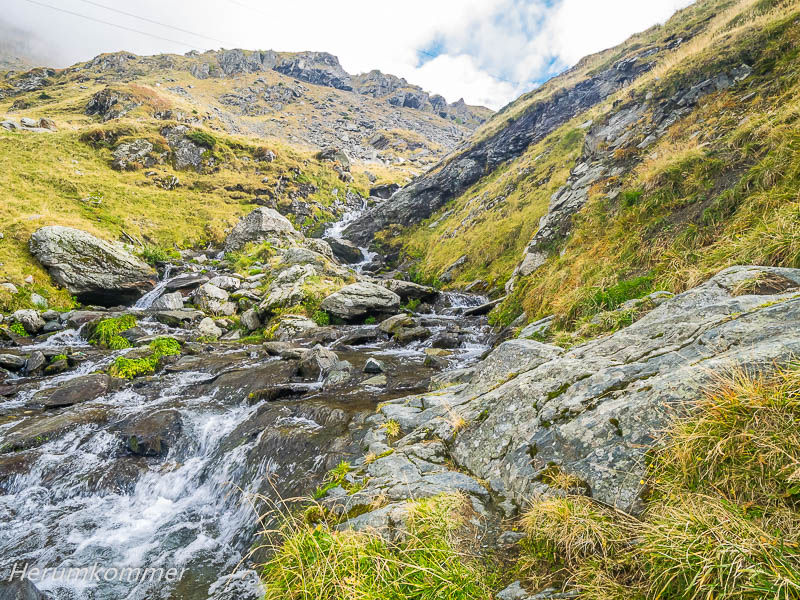 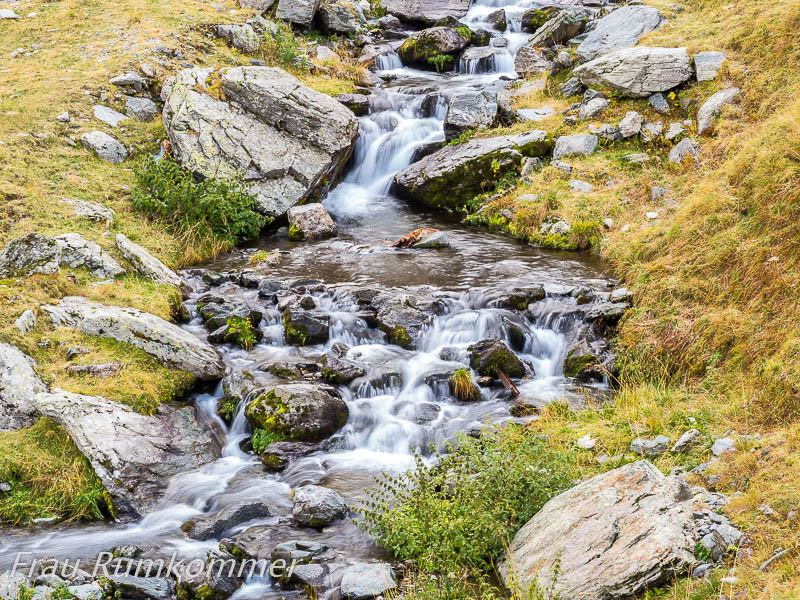