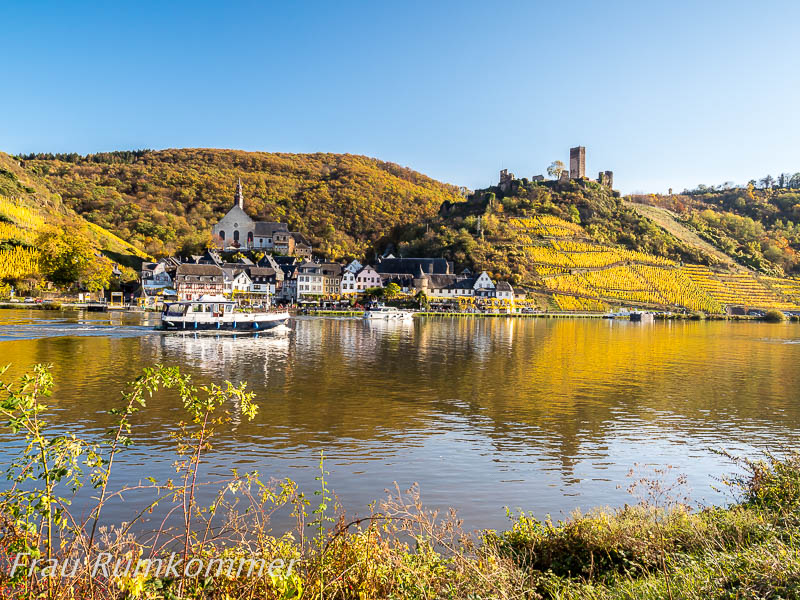 ]Castles above the Moselle

The thick gray clouds of the past few days have disappeared. The sun lets the blaze of colour in the autumnal vineyards above the Moselle shine. And it puts the ruins of the castles in the right light, which stand here on some mountain spurs.

Little is left of the lower castle (Niederburg) at Kobern. The detached bell tower from the 12th century appears like a pointer up to it. Thurant Castle above Alken was partially rebuilt at the beginning of the 20th century. The ruins of Metternich Castle are similarly picturesque above the romantic town of Beilstein. 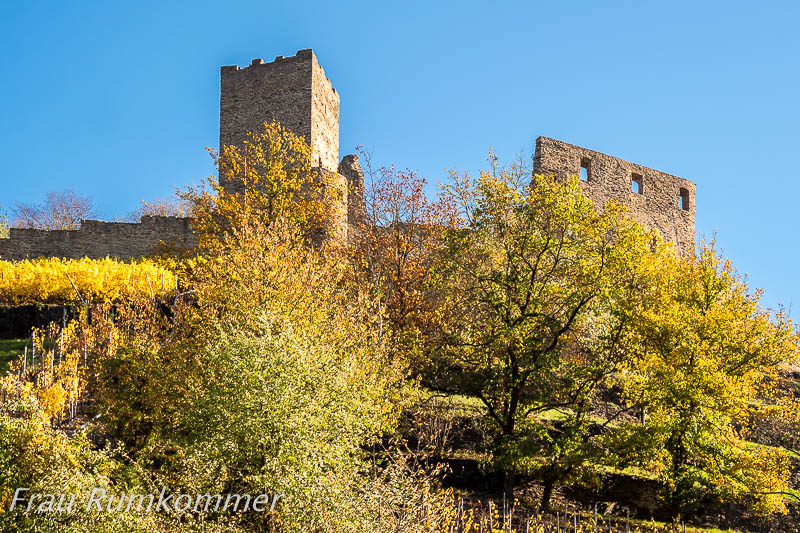 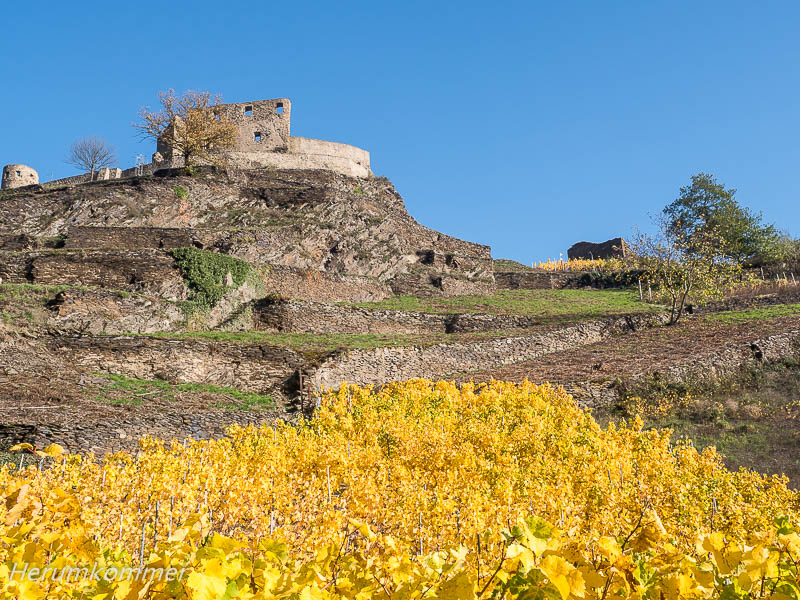 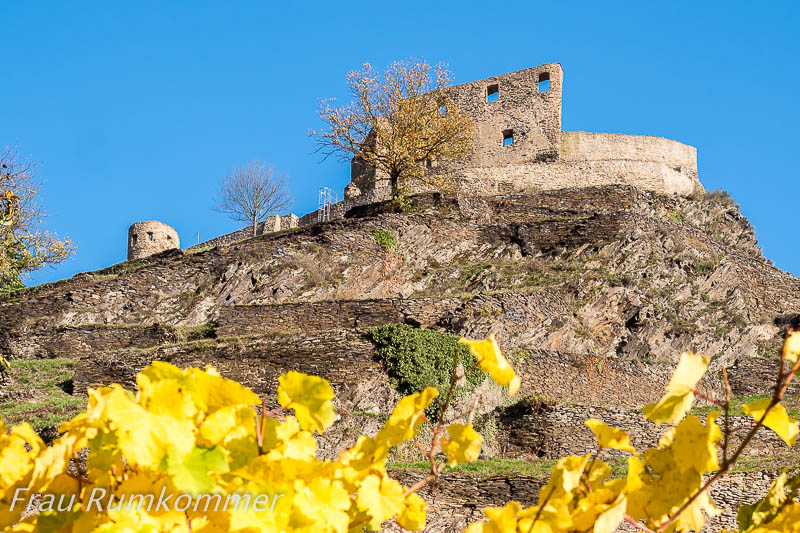 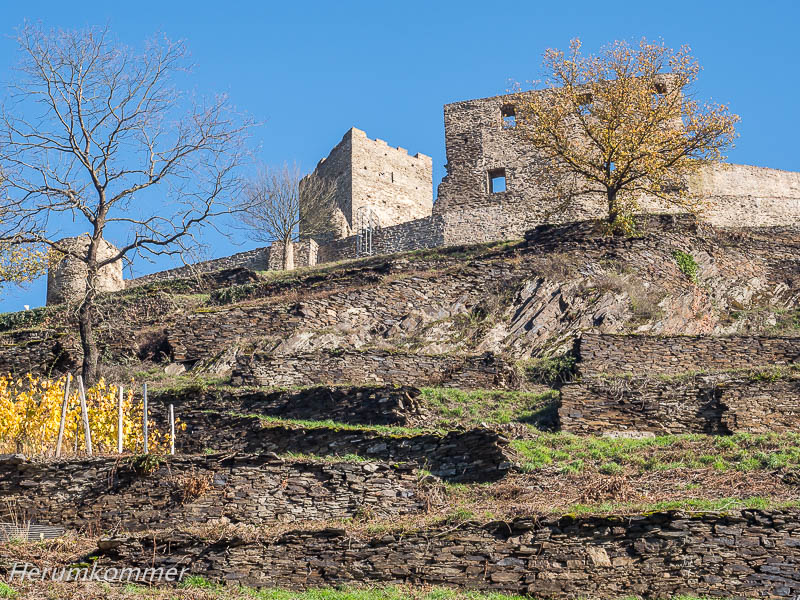 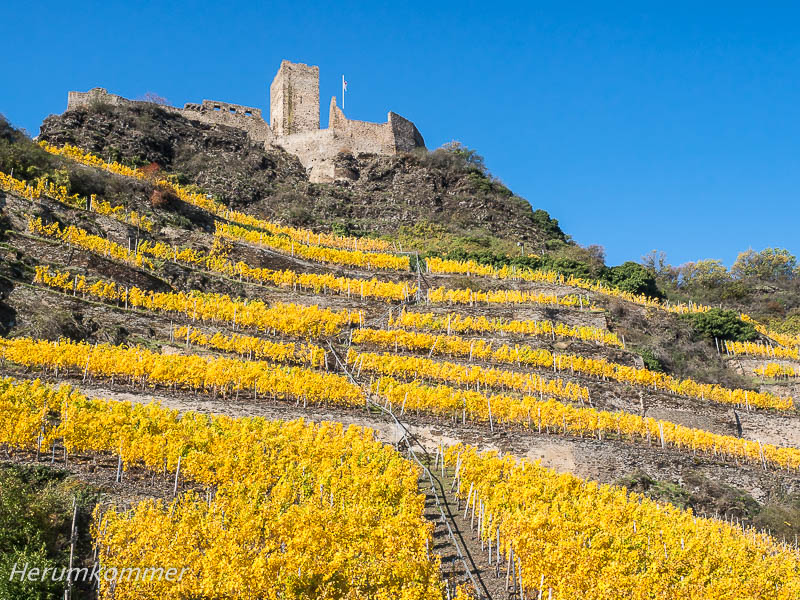 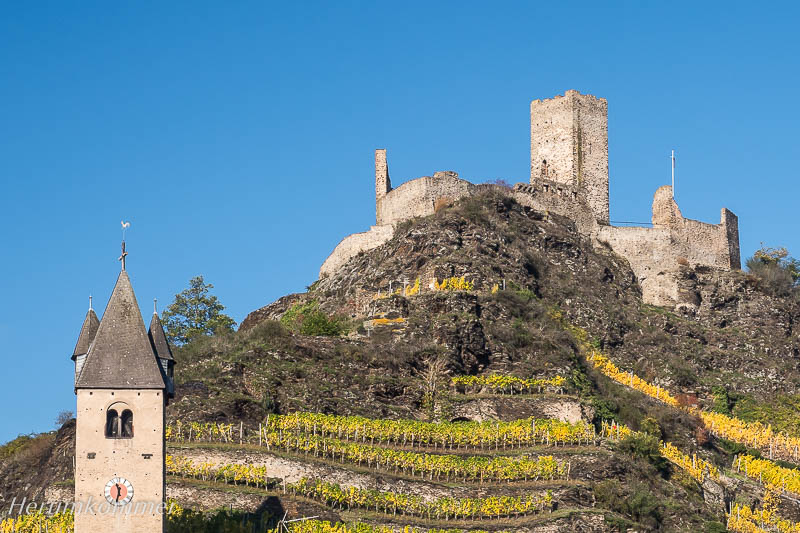 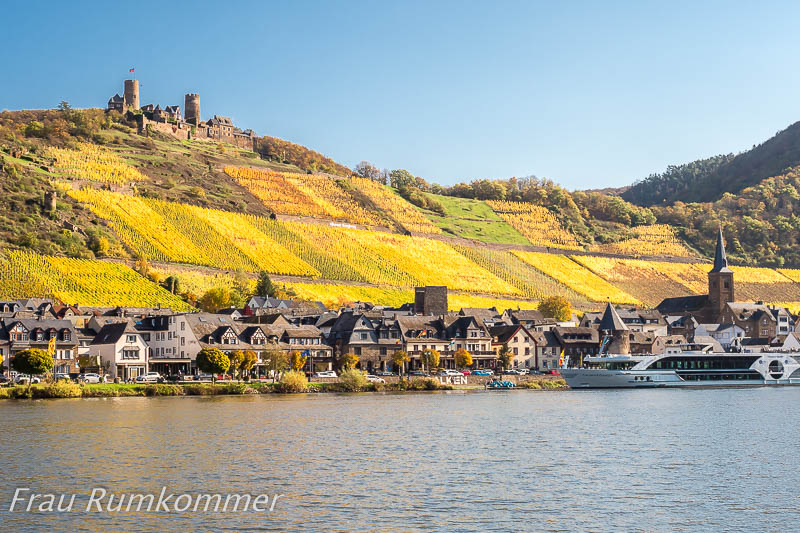 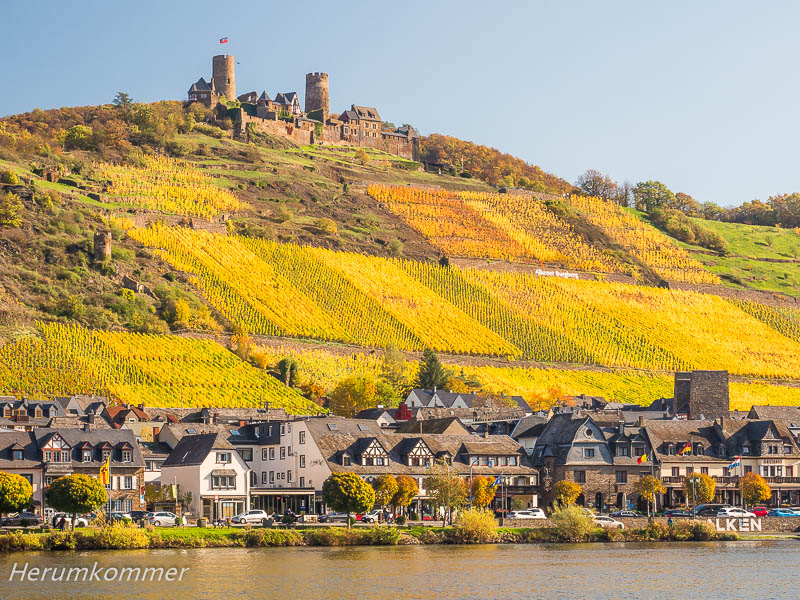 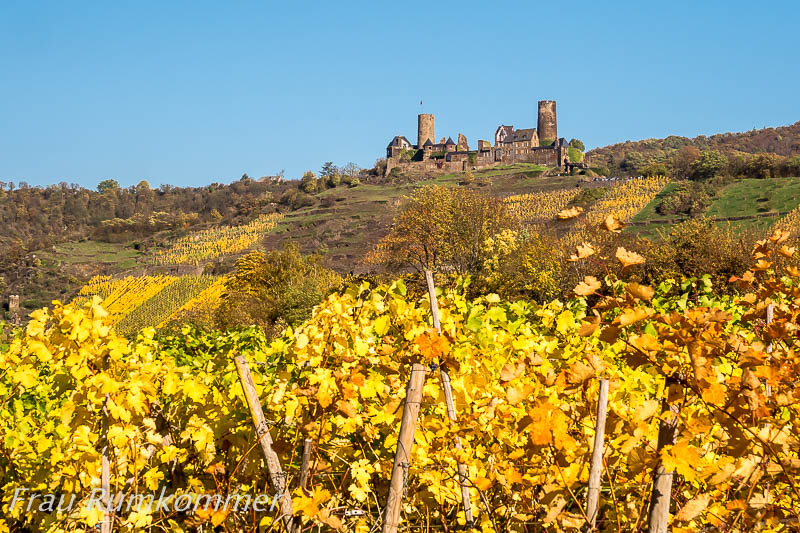 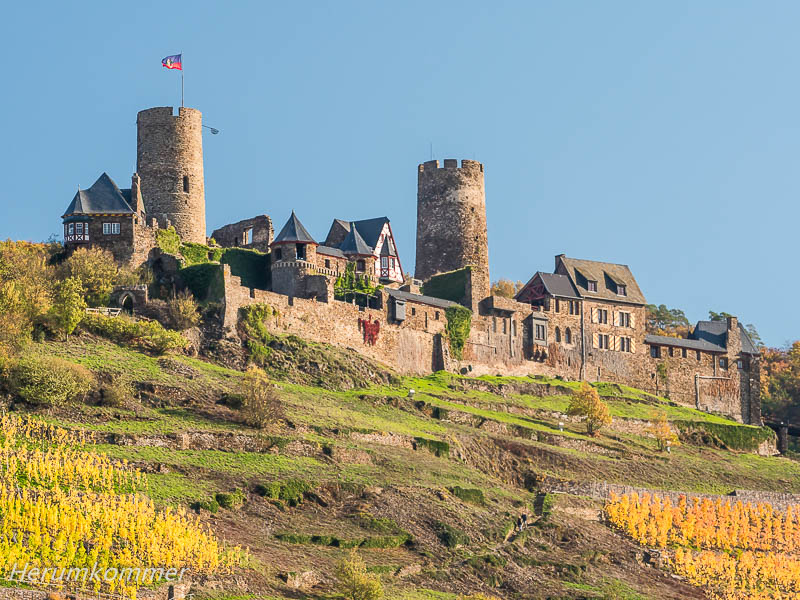 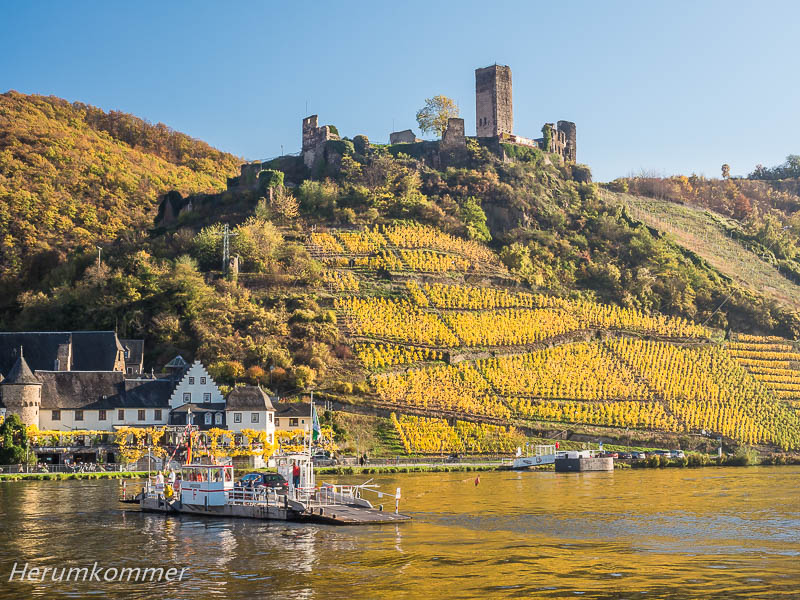 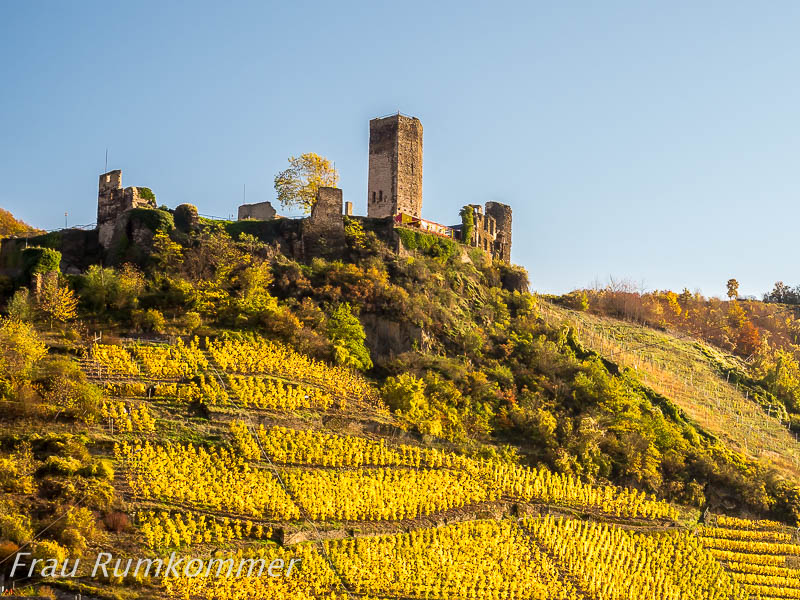