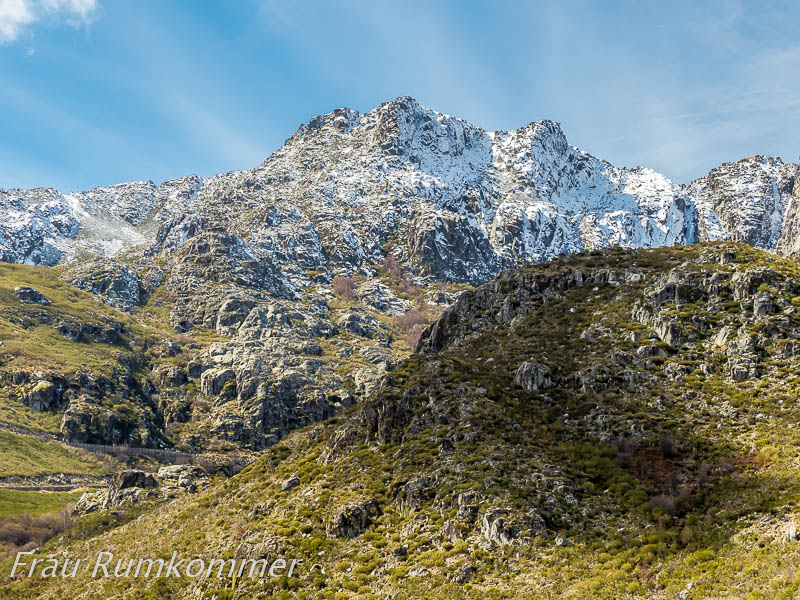 The Roof of Portugal

South of Manteigas, a long, deep valley carved out by glaciers stretches southwards. A mostly narrow road runs steadily up the eastern flank of the valley, into the highlands of the Serra da Estrela. Ahead rises the Torre (Tower), at almost 2,000 m the highest mountain in Portugal. The precipitation that pelted our camper van as heavy rain in Guarda during the night, here it came down as snow. On a plateau below the summit, remnants of snow still lie between the decorative rock formations. Thick clouds gather and driving snow makes the peaks „disappear“. The pass is closed and we have to change our route. 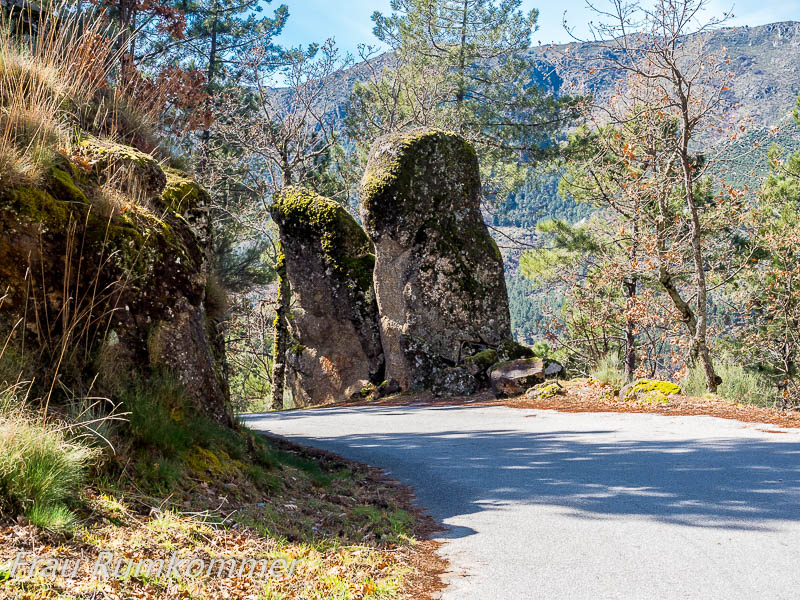 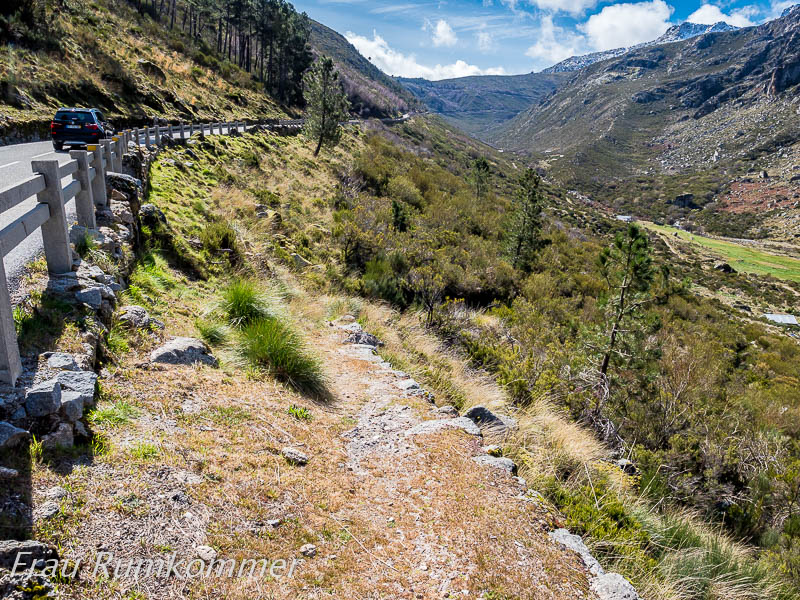 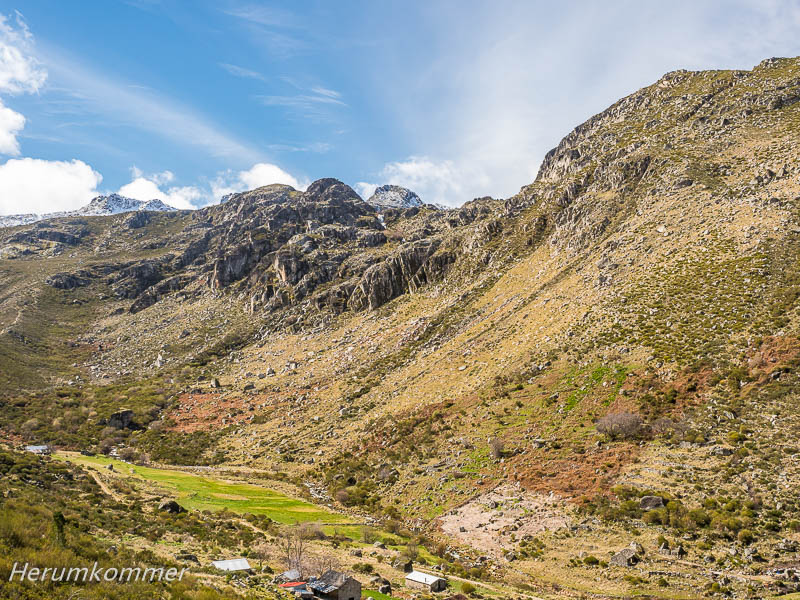 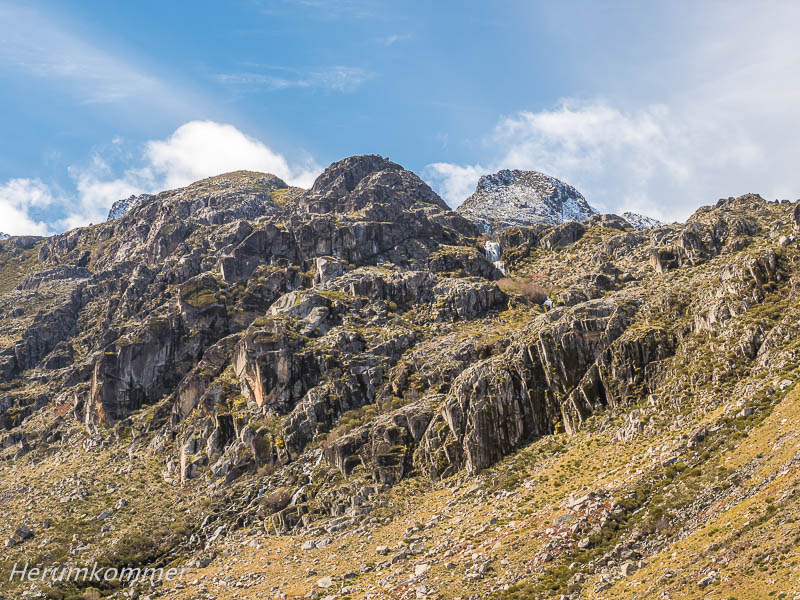 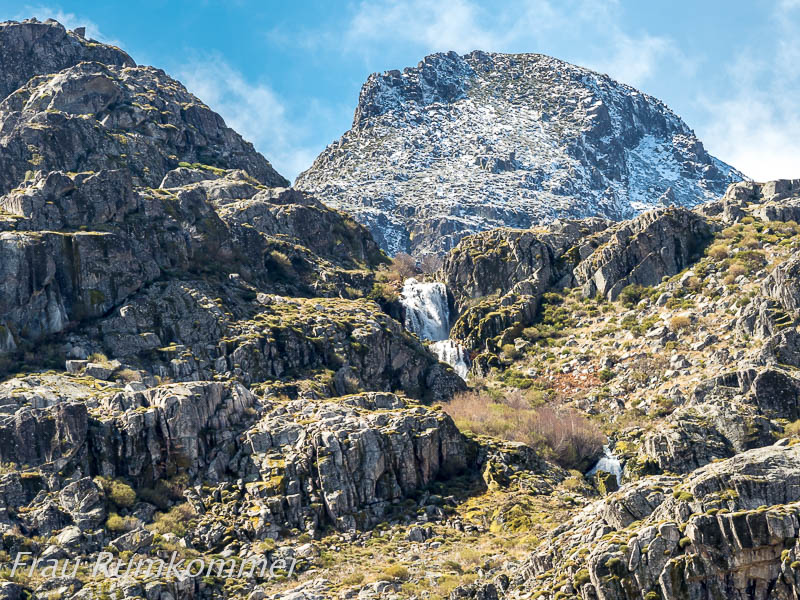 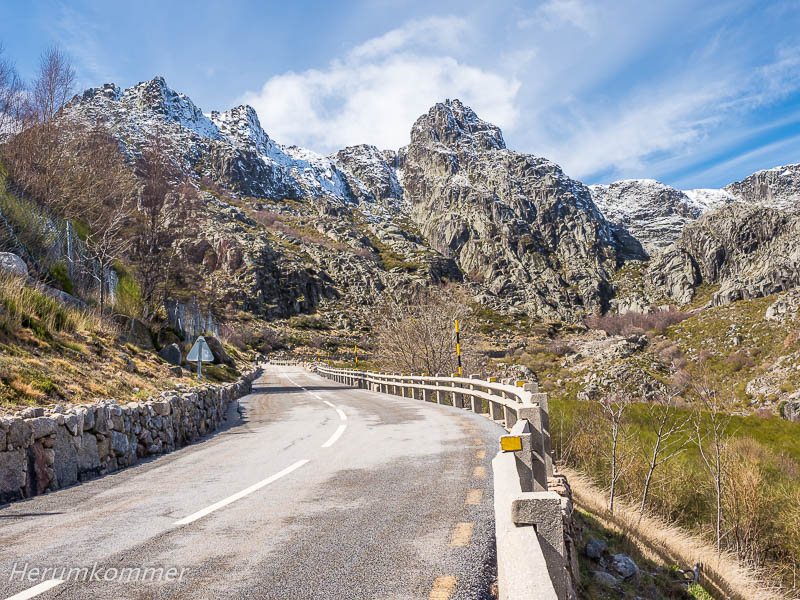 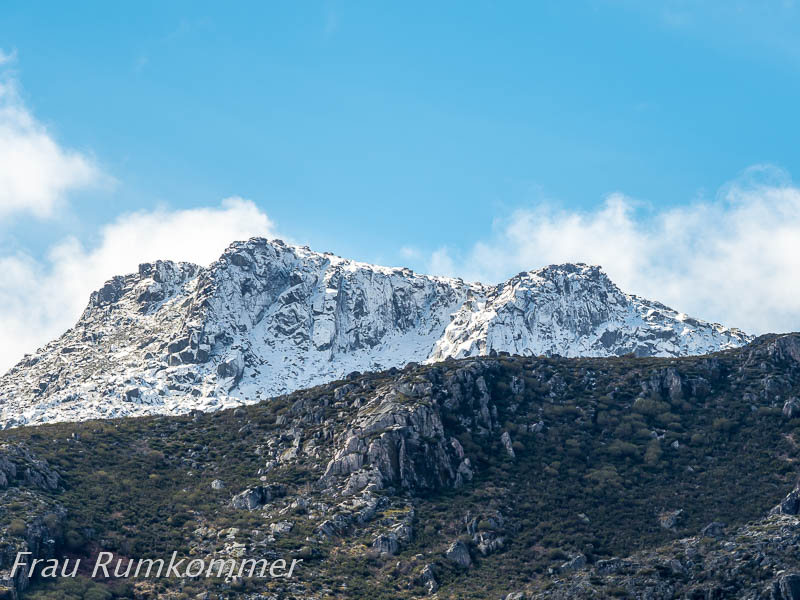 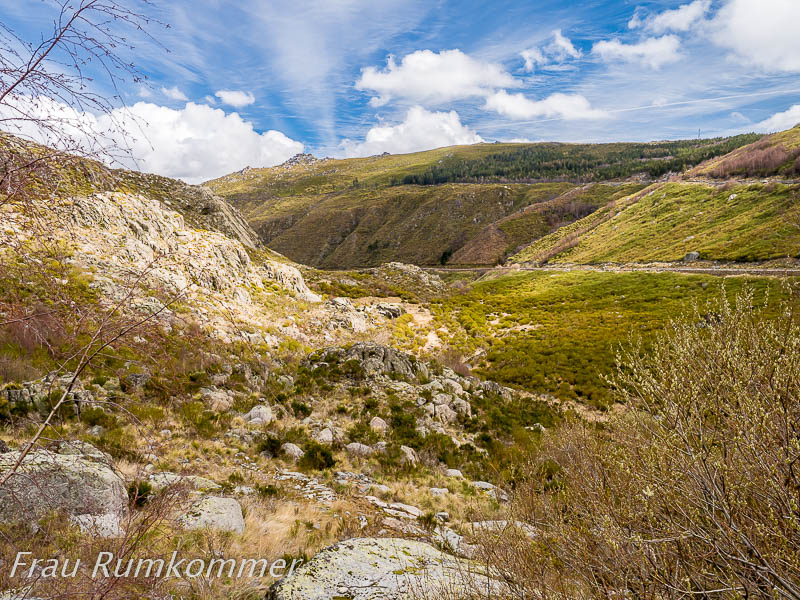 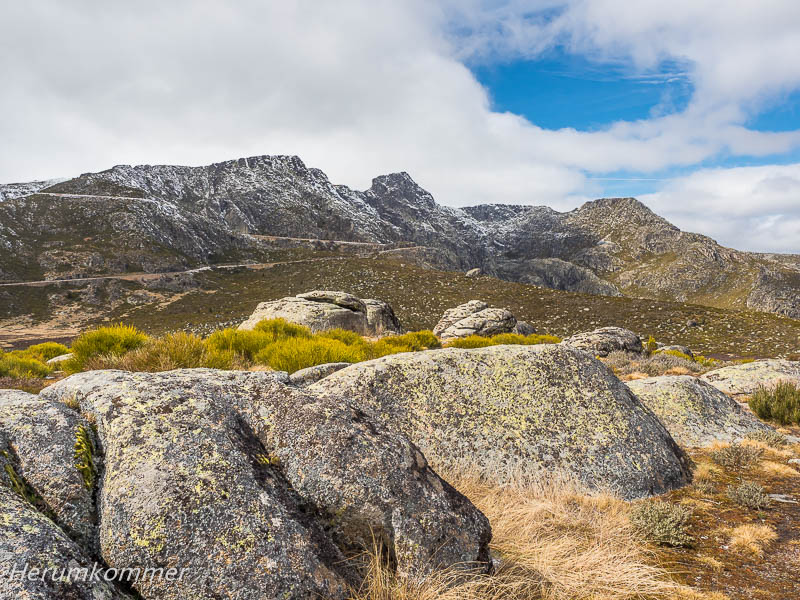 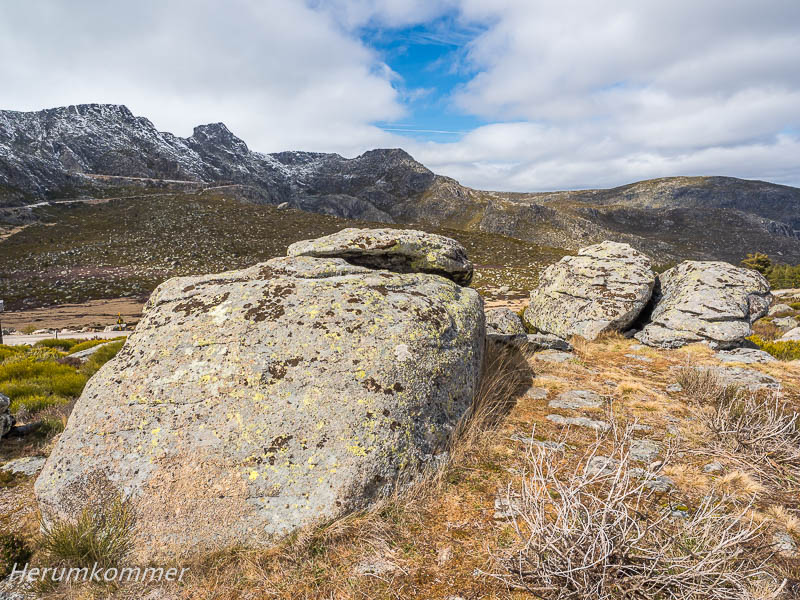 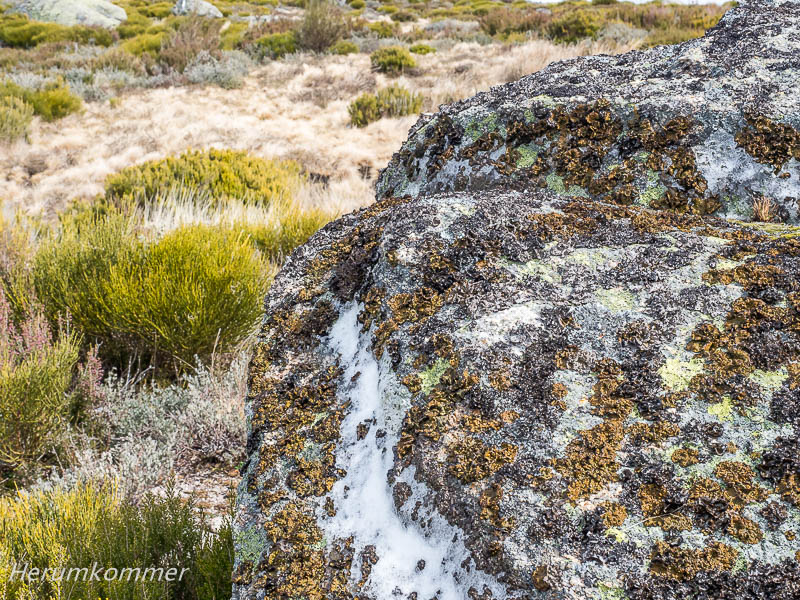 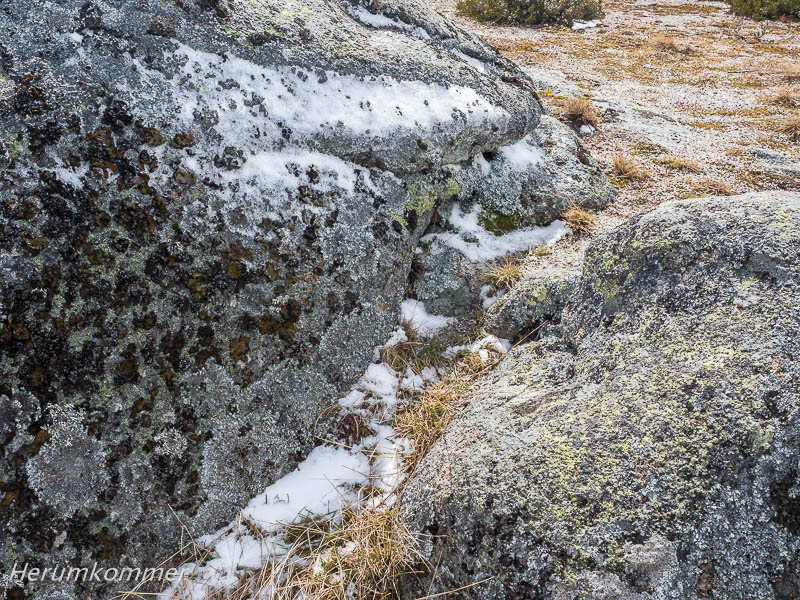 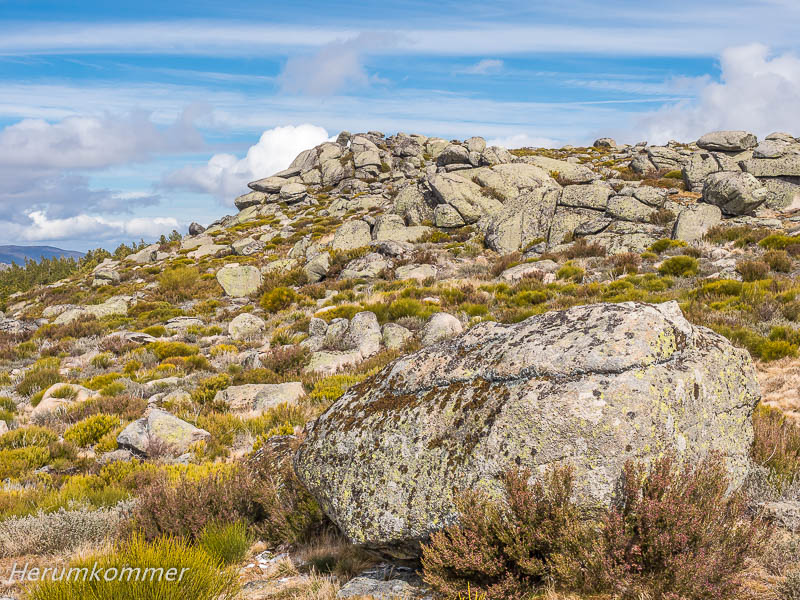 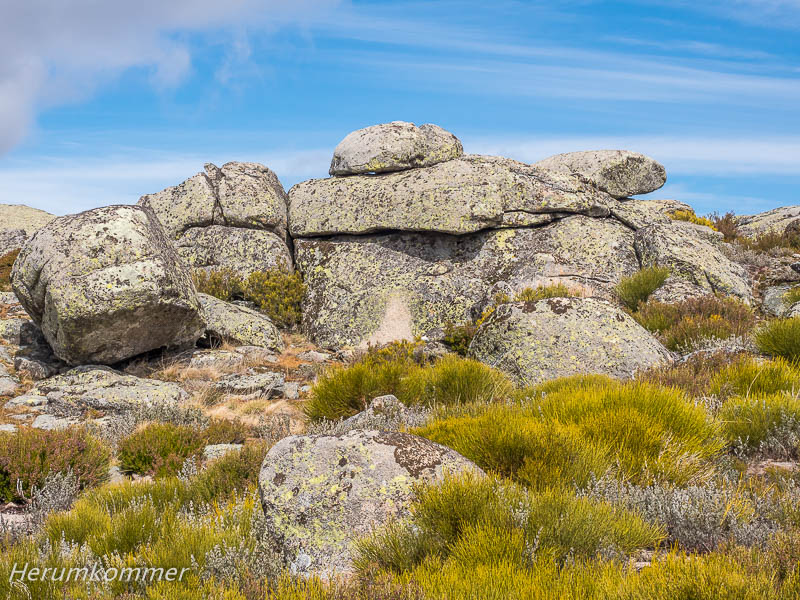 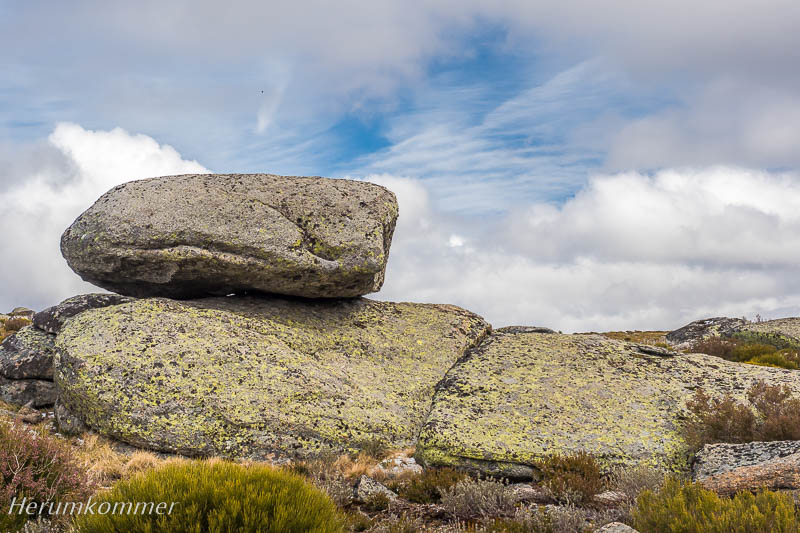