From St. Barbe, south of Flower’s Cove, we take the ferry across the Strait of Belle Isle. The Apollo has seen better times, apparently in the Baltic Sea. The signs on board are trilingual: Swedish, Danish and English. The destination is Blanc Sabon on the north coast of Quebec. The sky has gotten overcast in the meantime. After three kilometers on the road, we reach the provincial border of Labrador and the Labrador Coastal Drive. A landmark on the Labrador coast is the highest lighthouse in the Atlantic regions of Canada, Point Amour, near L’Anse-Amour. Another cute lighthouse stands in front of West St. Modeste. Here a big iceberg ran aground.

In the early evening we cross the Pinware River, which is impetuously flowing towards the sea. Striking is the bridge over the river. The upper wood covering looks a little bit like parquet floor.

Between Red Bay and Mary’s Harbour, the Trans Labrador Highway, which is very well developed here, leads across a plateau where winter is not over in the middle of June. 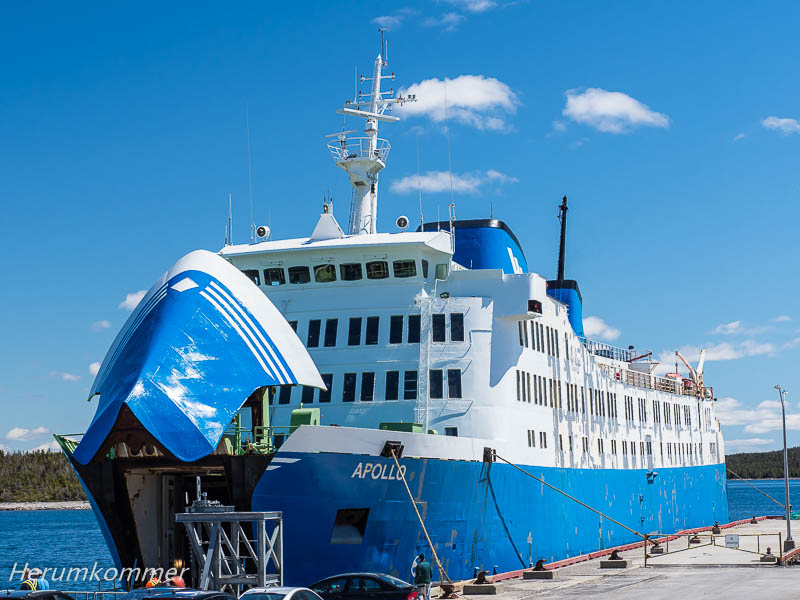 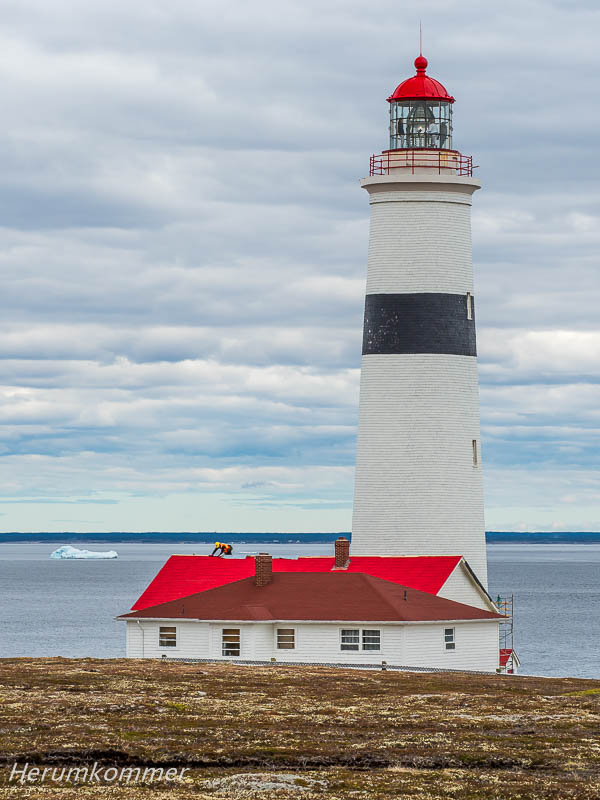 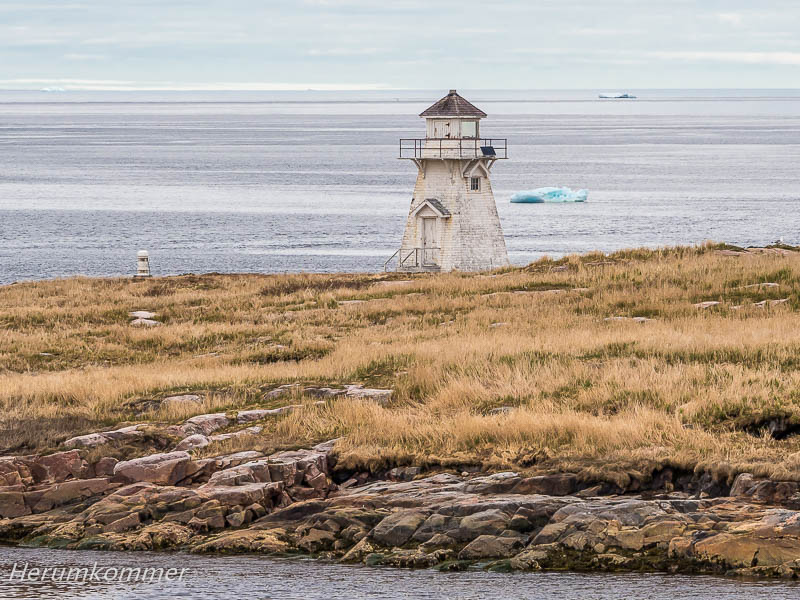 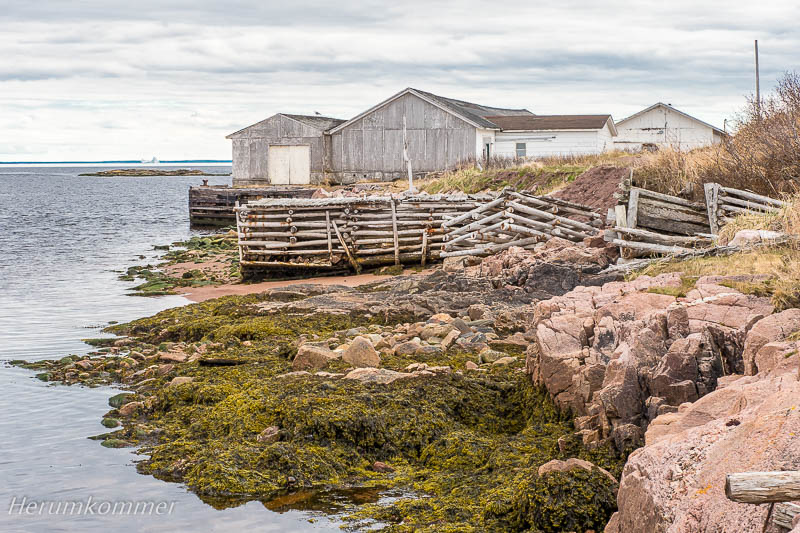 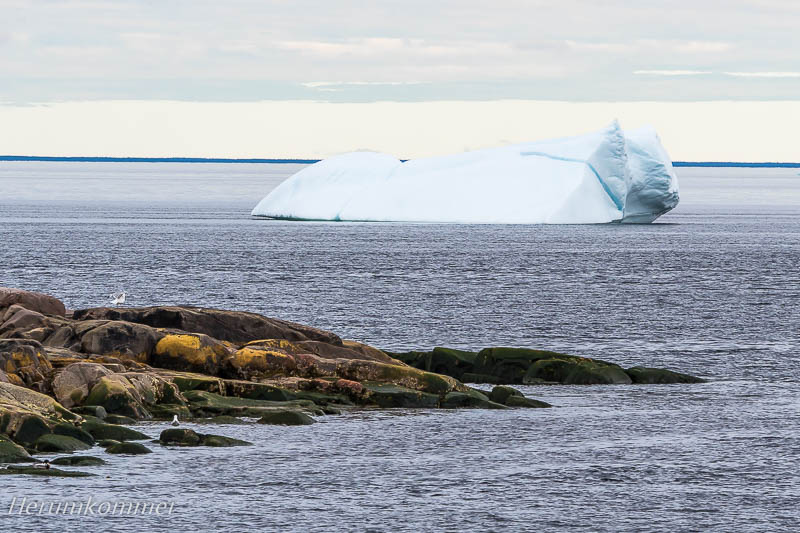 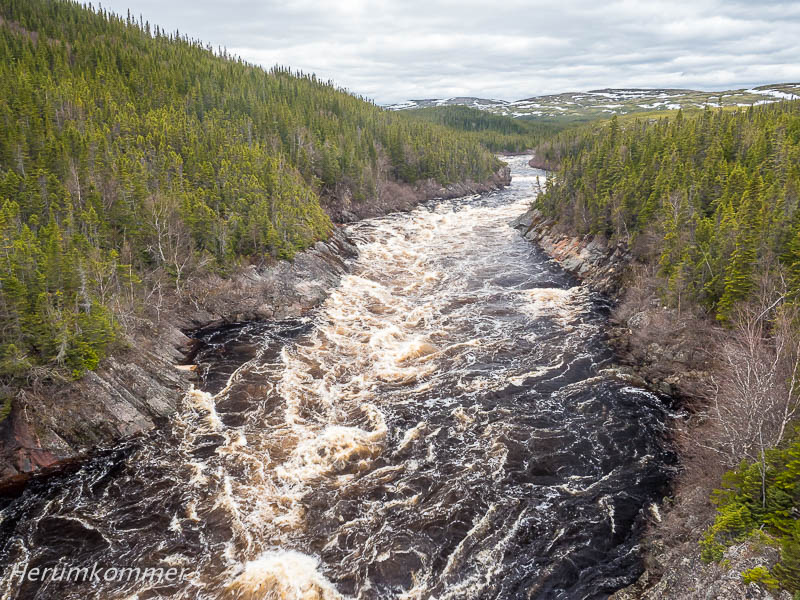 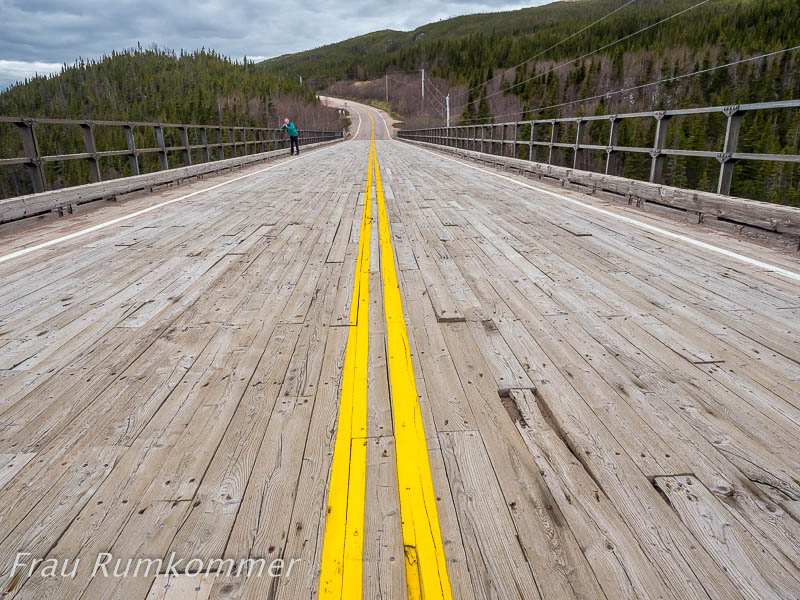 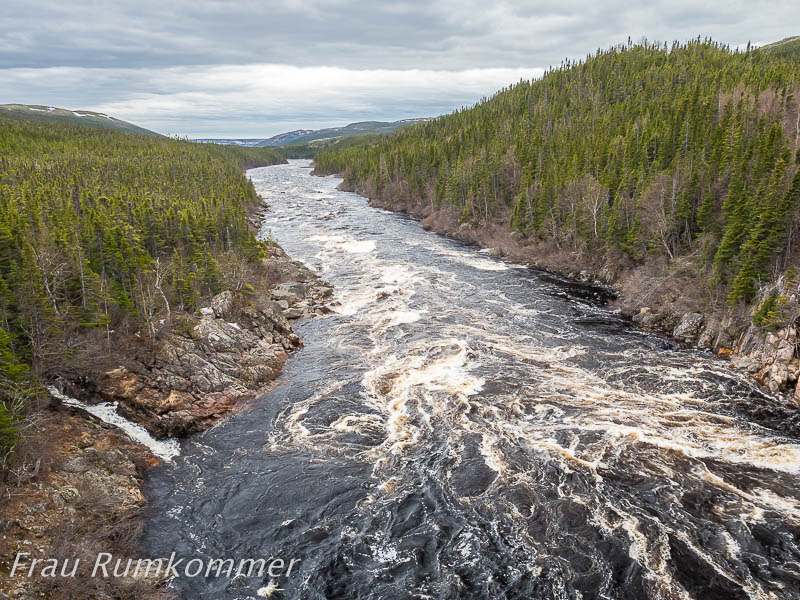 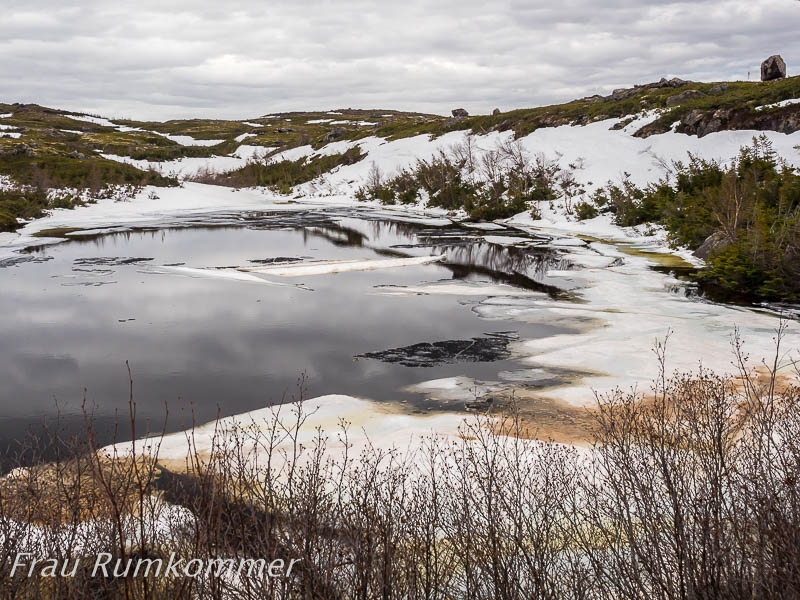 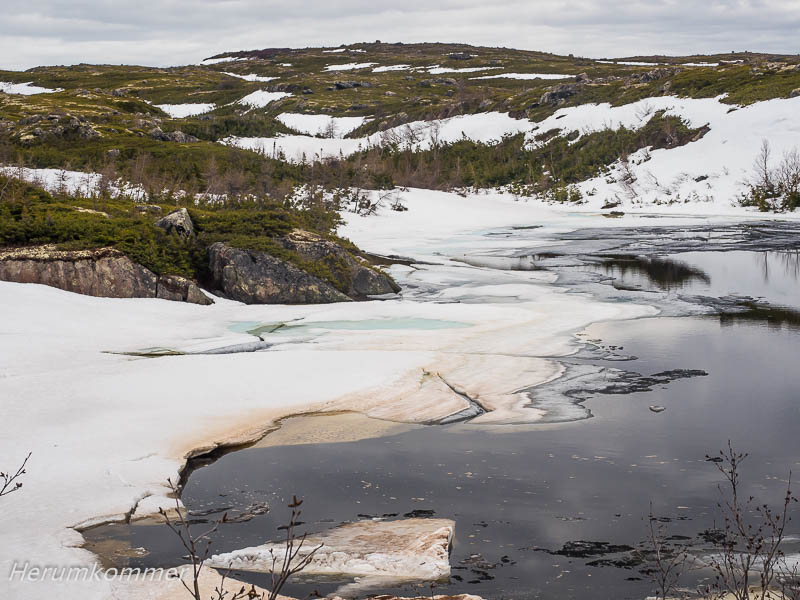 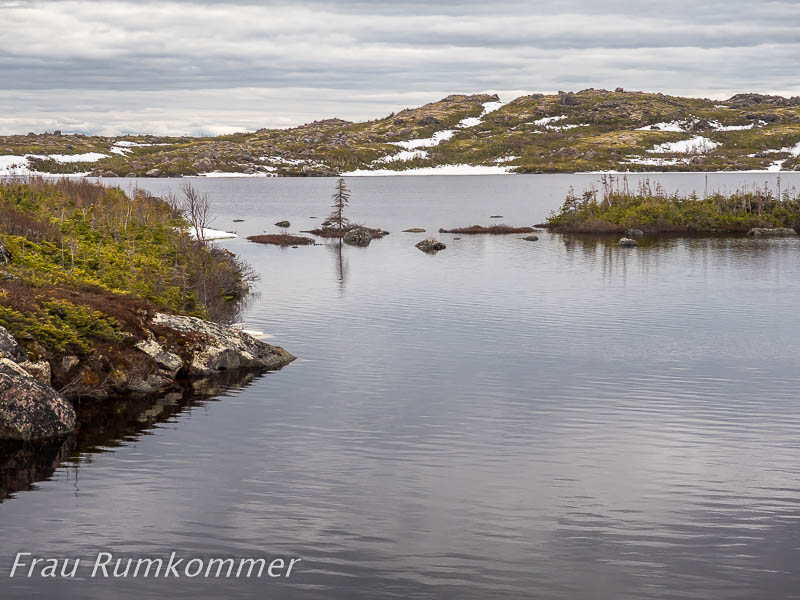 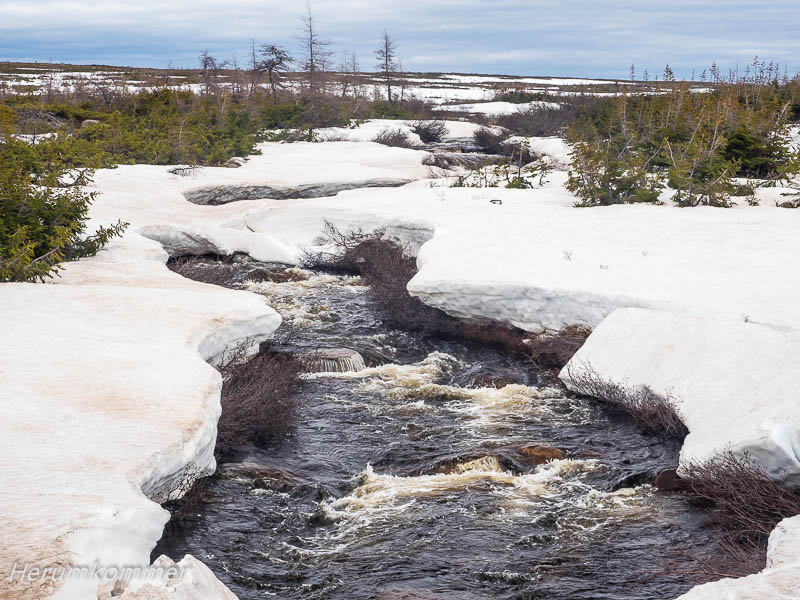 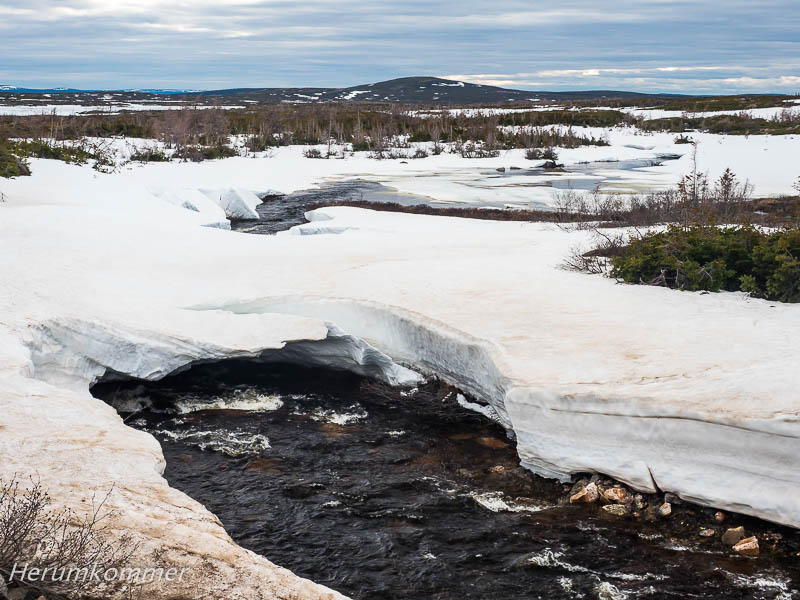