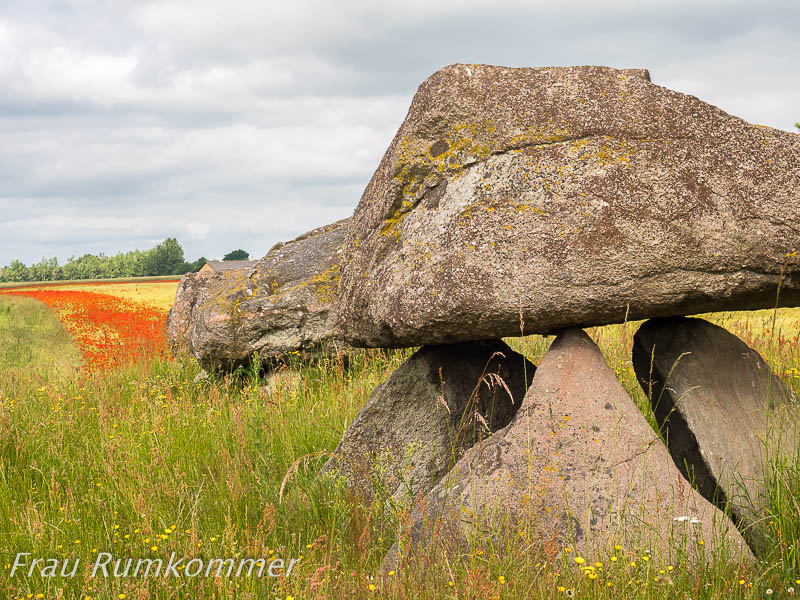 The elongated burial complexes from about 3500 BC are called long dolmens. They usually have one to three burial chambers. At Lykkesholm near Ørbæk there are several long dolmens and one round dolmen. The longest one impresses us with 168 m length and 10 m width!

Particularly spectacular due to its capstones is an easily accessible long dolmen with five burial chambers directly by the country road. And then there is also a wide strip of red poppies spreading out in the cornfield to the left and right respectively. 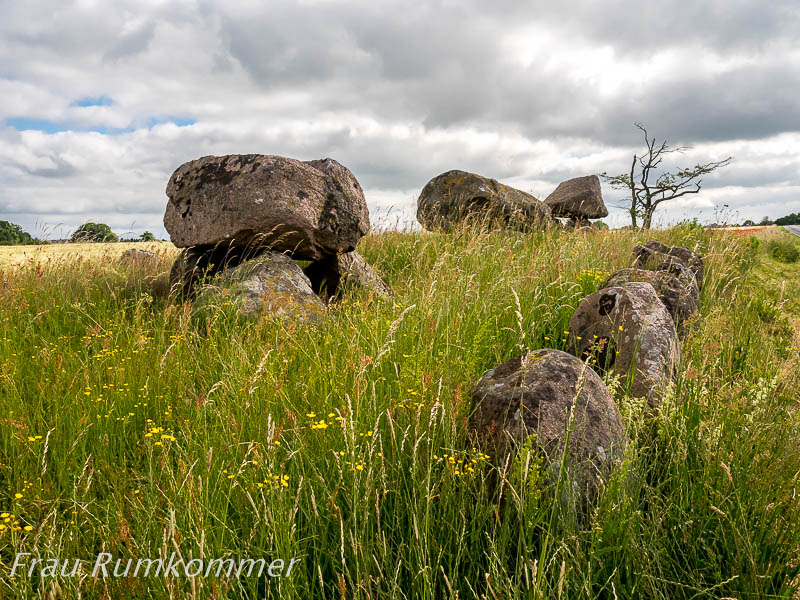 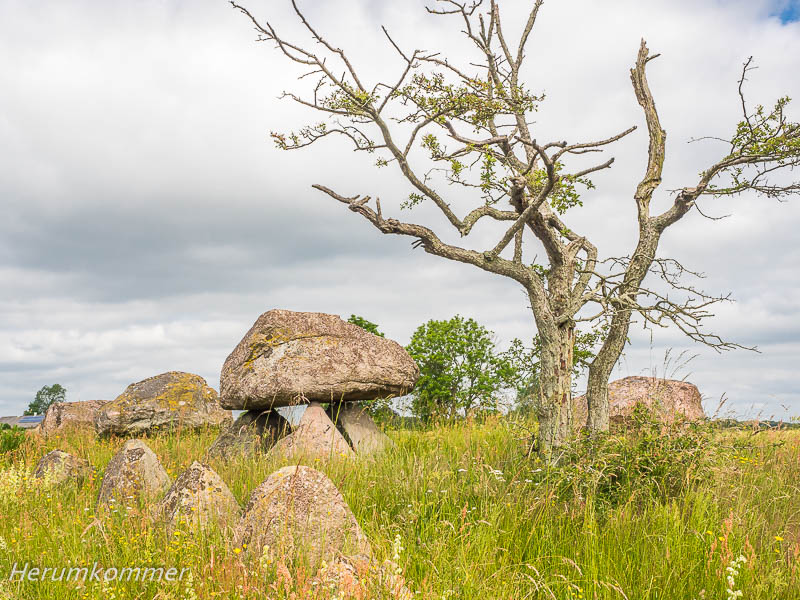 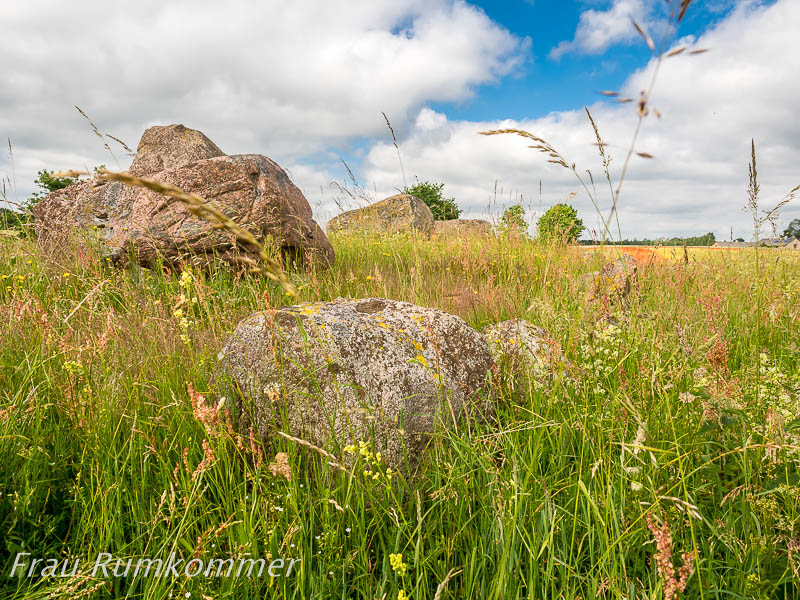 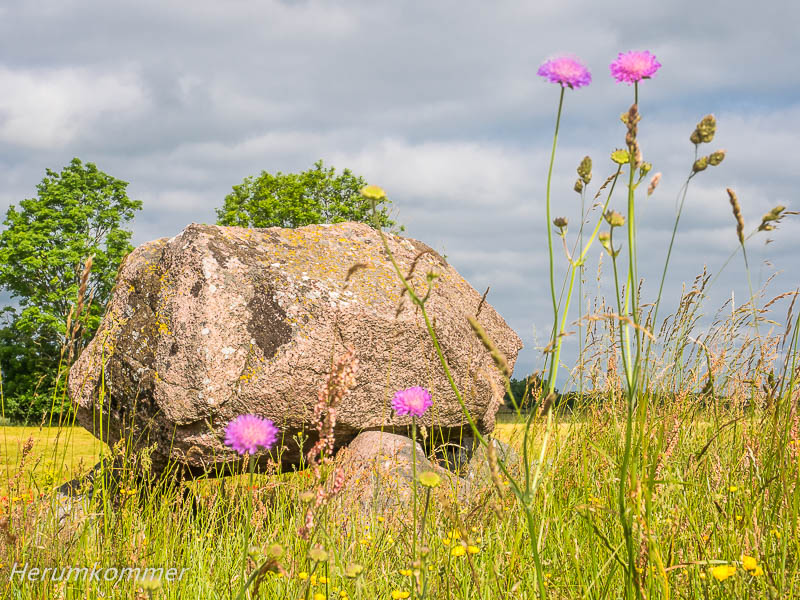 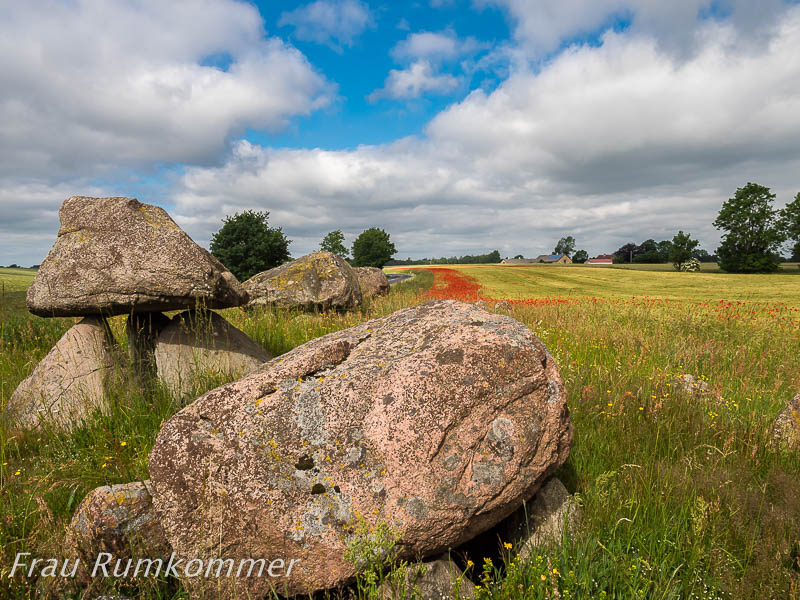 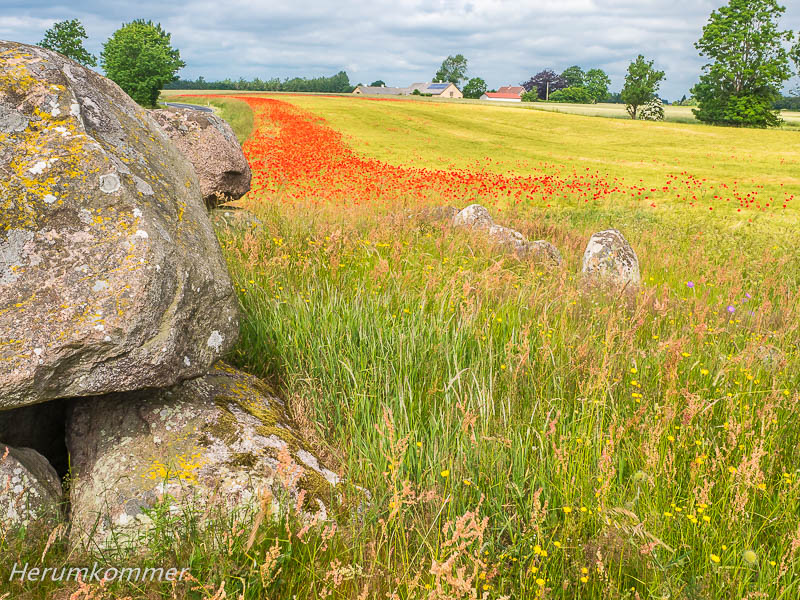 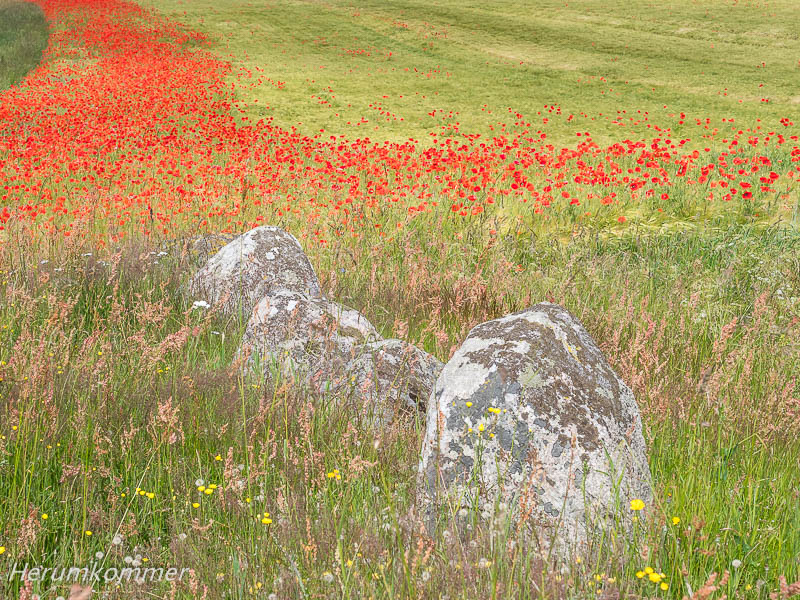 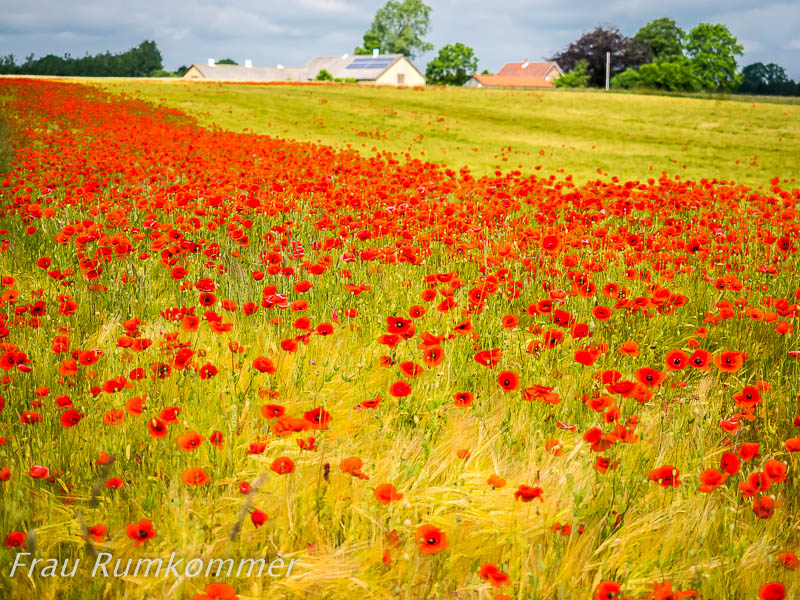 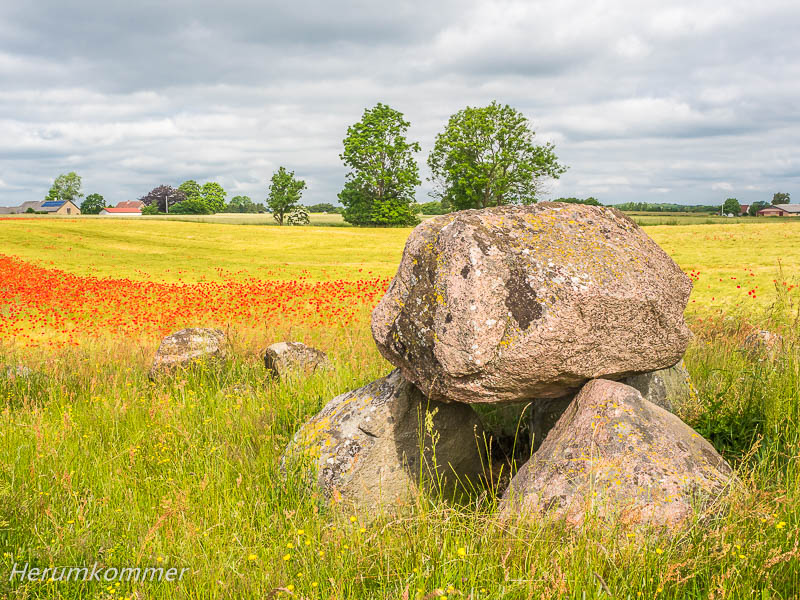 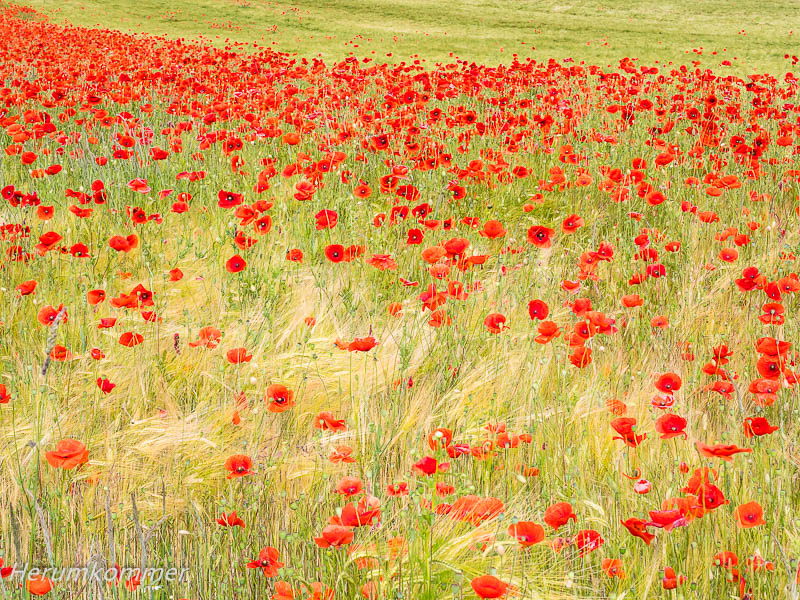 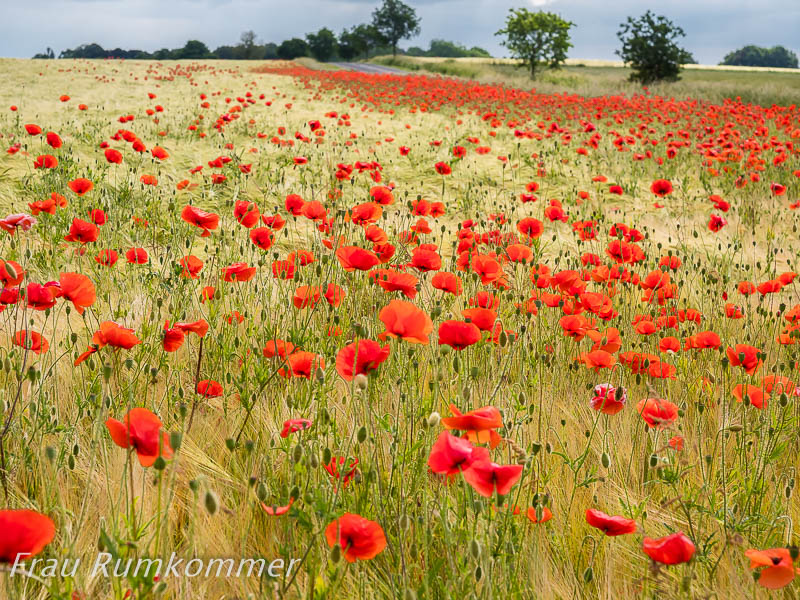 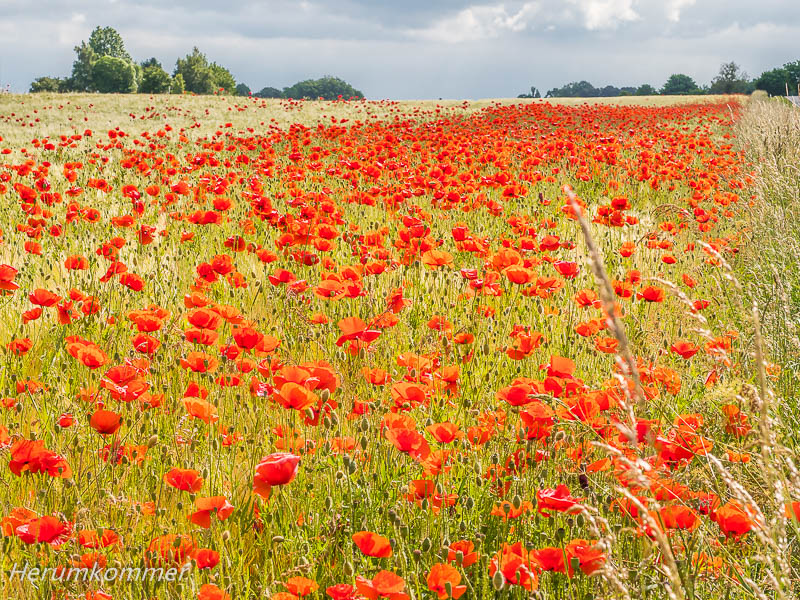