To Norway, at its very top

From Kiel we have taken with the camper the ferry to Gothenburg. From there we drove through Sweden to the north, from Gävle along the Baltic coast to Luleå. Then we went through Swedish and Finnish Lapland. The goal is Northeast Norway, which we reach after about five days approximately 30 km west of Kirkenes in the province of Finnmark.

Previously, Bergen was for us far in the north, the Lofoten, Tromso almost at the North Pole. Now they are all in the south, Bergen 2,700 km afar! That’s further than from Hamburg to Sicily. And we want to continue, to the northeastern tip of Norway at the Russian border.

About ten kilometers east of Kirkenes we come along the border crossing to Russia. Then it goes through a wild romantic, rocky landscape. Idyllic, crystal clear lakes line the winding road. The oldest Norwegian mountain towers as massive, bare rock on the plateau. The last ten kilometers runs as gravel road with many potholes directly along the border river Jakobselv. Grense Jakobselv at its end is not really a place. There is a chapel, a few fishermen’s cottages, a camping site and the Barents Sea with smooth polished rocks. 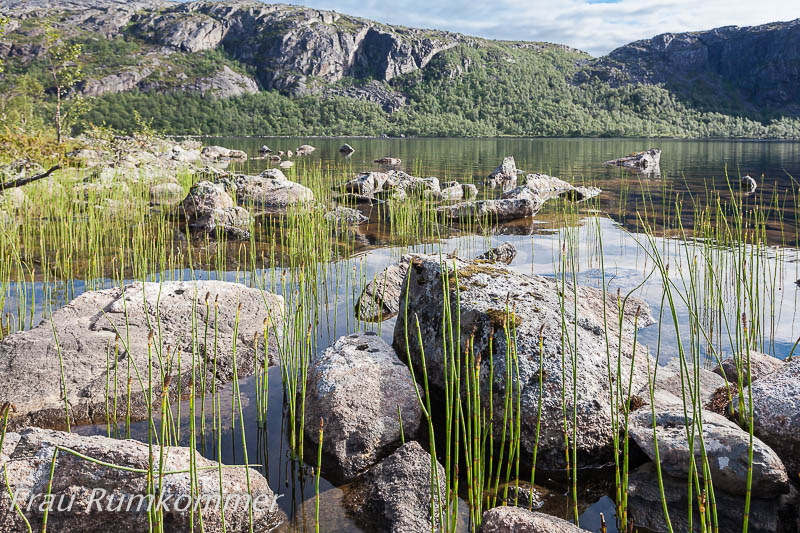 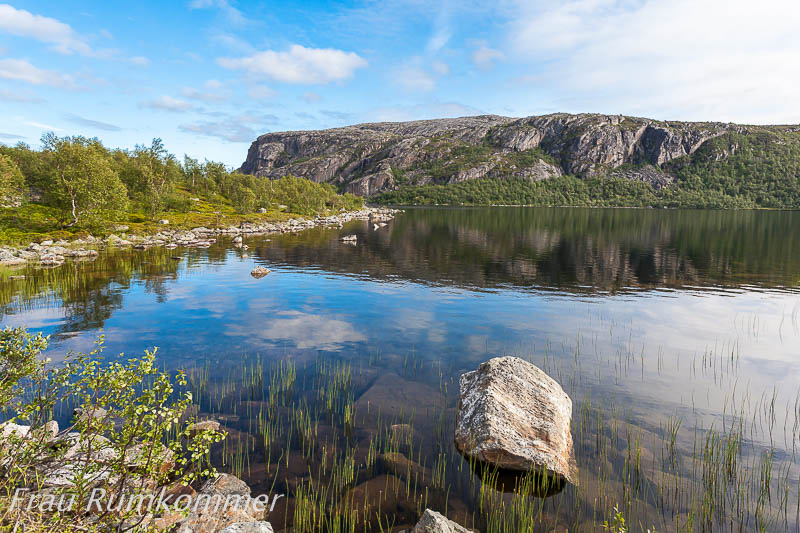 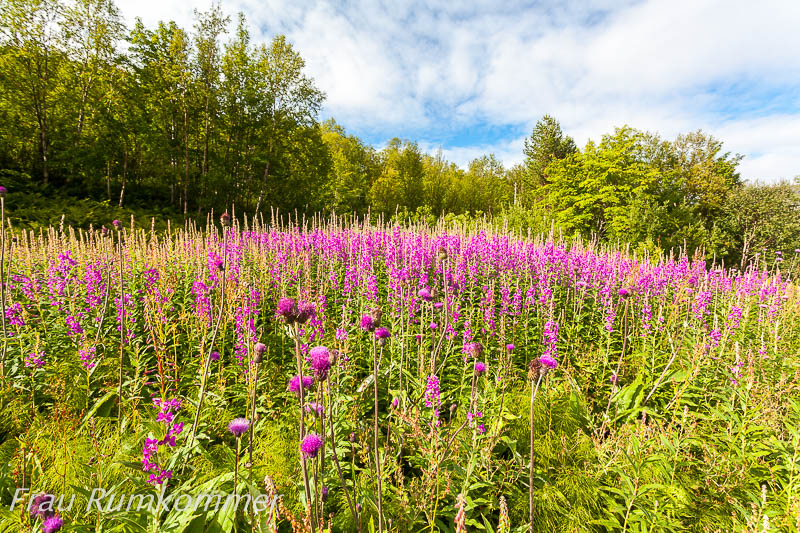 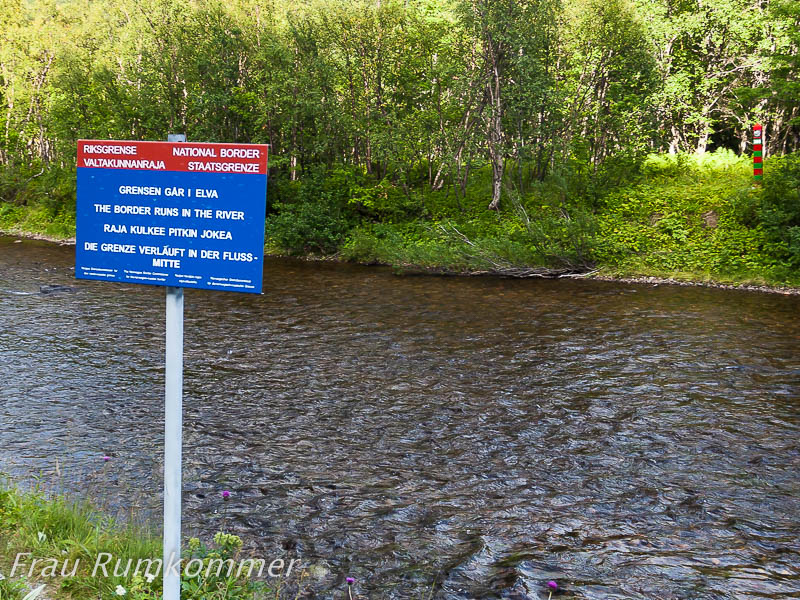