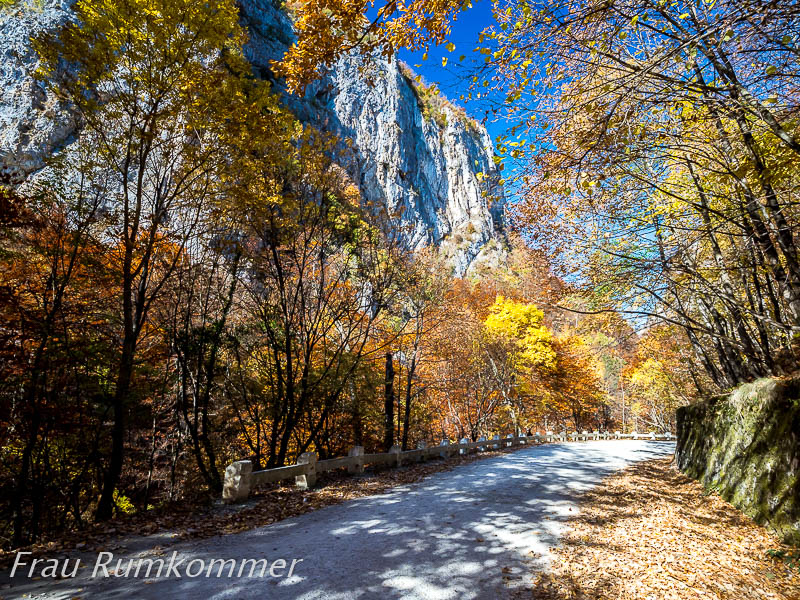 Romania is a country of monasteries. Signposts to them are everywhere and they are obviously popular tourist destinations, for locals as well as for foreigners. Not infrequently, the monasteries are located in scenically attractive places. Polovragi Monastery is also in a strategically favourable position (after all, monasteries used to be centres of power). The rock on which it stands drops steeply behind the buildings. There, the Olteţ stream has washed a deep gorge into the karst, the Olteţ Gorge (Cheile Olteţului). To the right of the monastery complex begins the hiking trail into this gorge, which is well worth seeing. It is covered with a deciduous forest that shines in many colours in autumn. Opposite the monastery wall, there are several chestnut trees in the forest. One particularly impressive specimen is 400 years old. 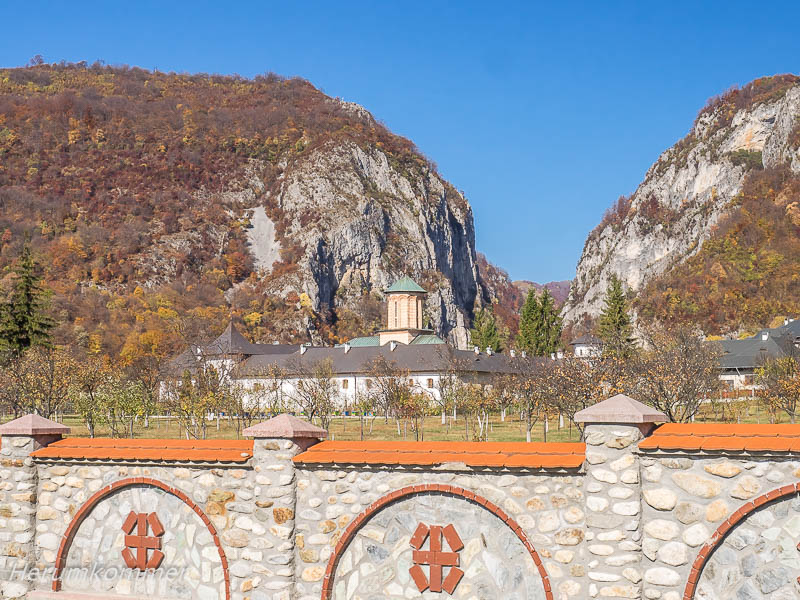 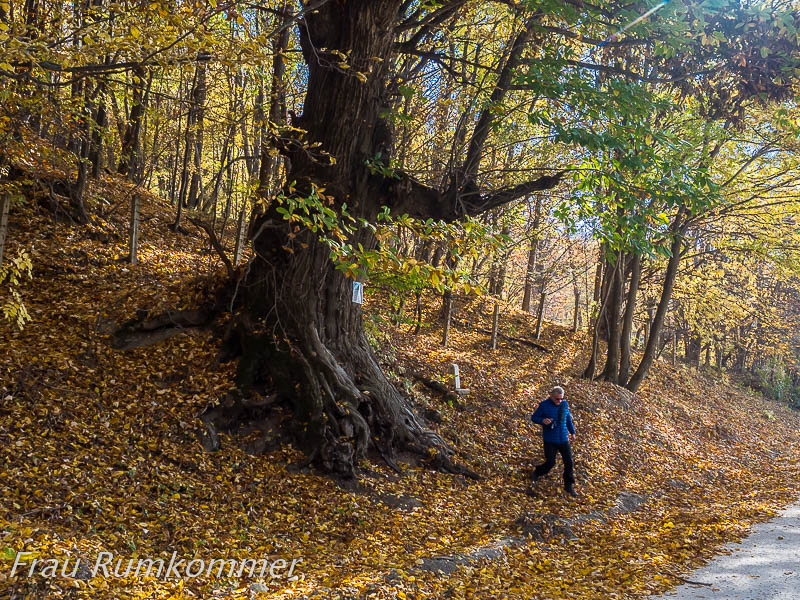 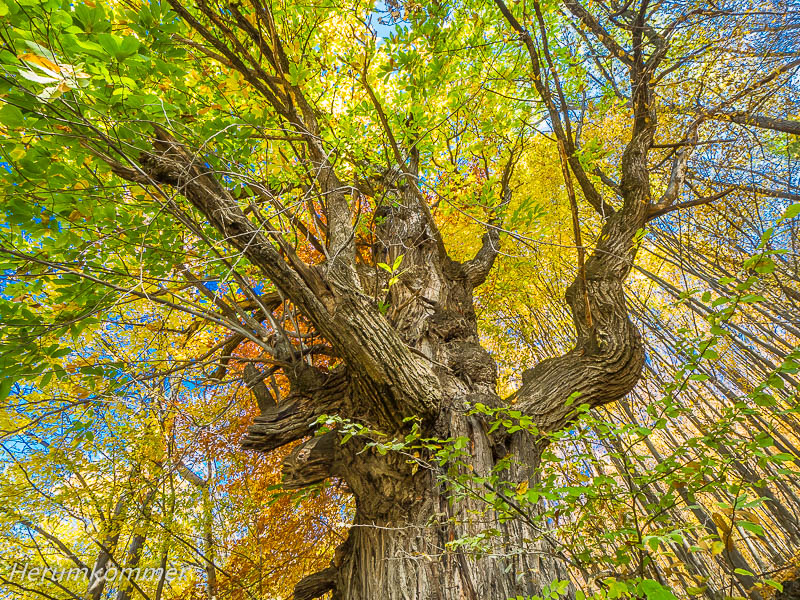 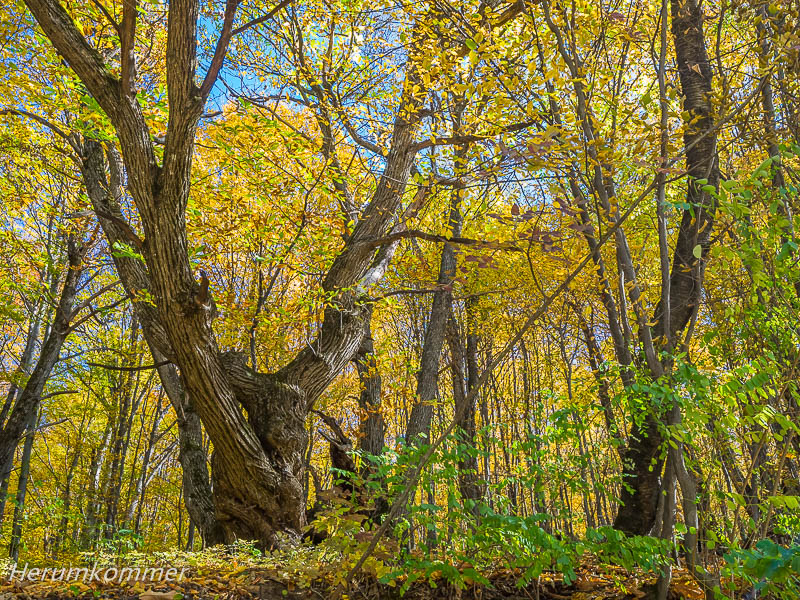 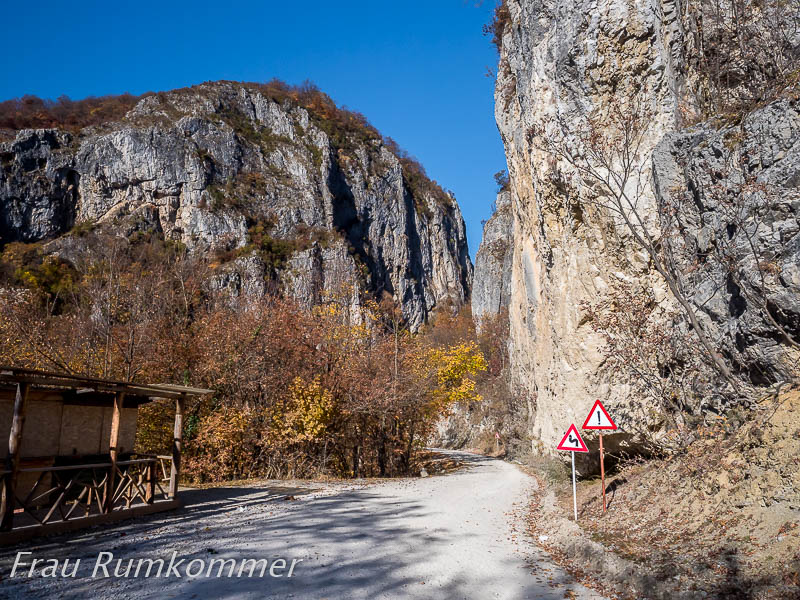 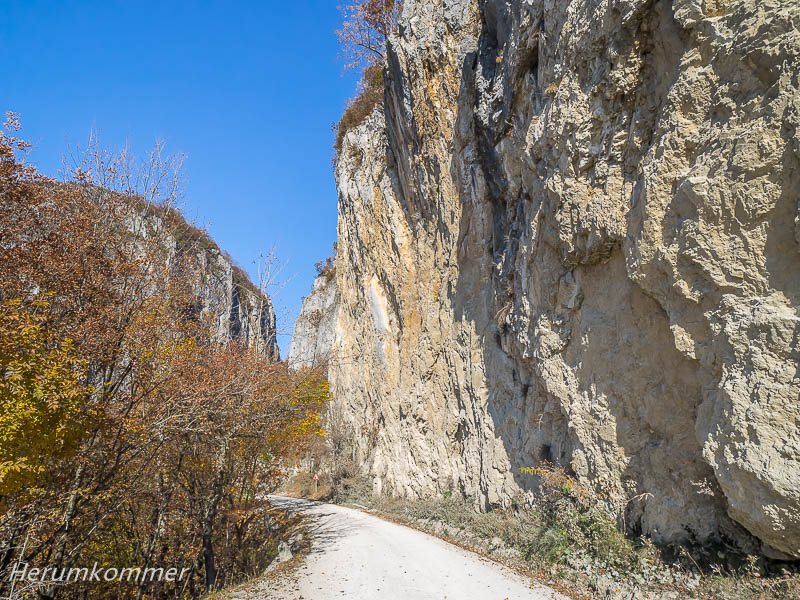 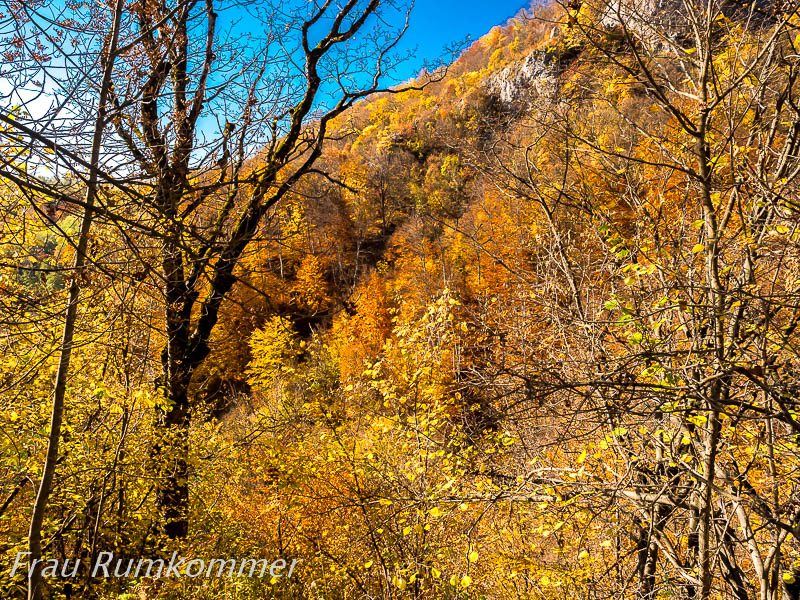 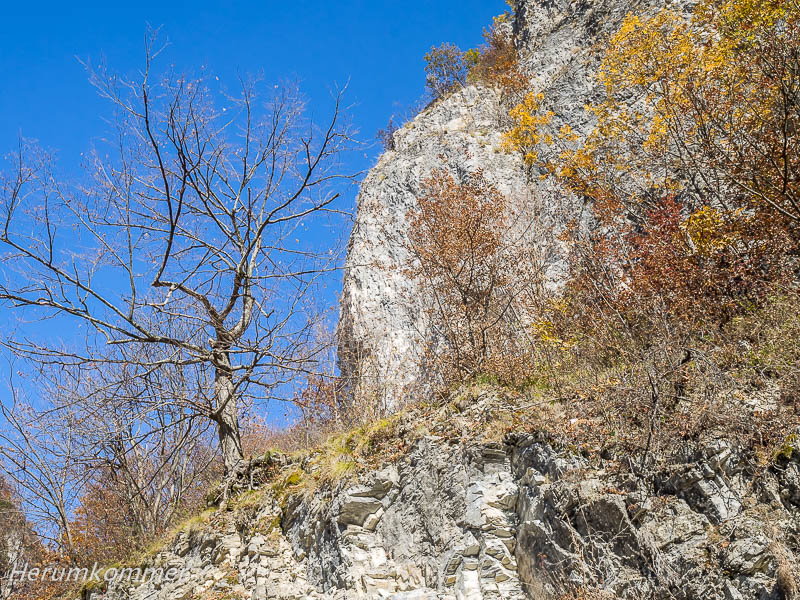 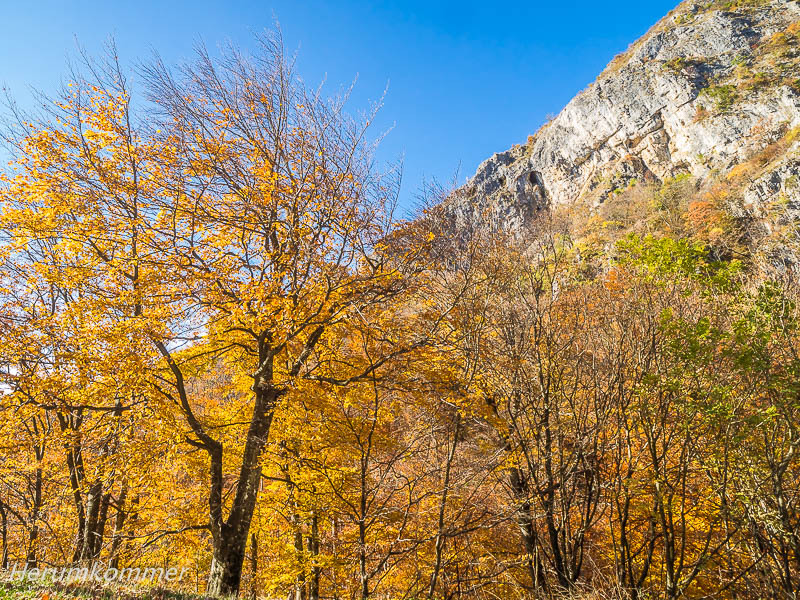 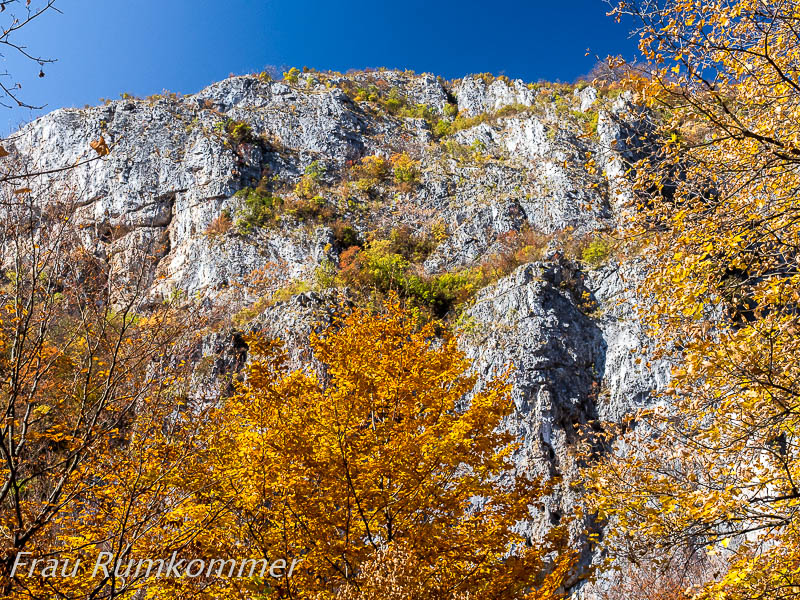 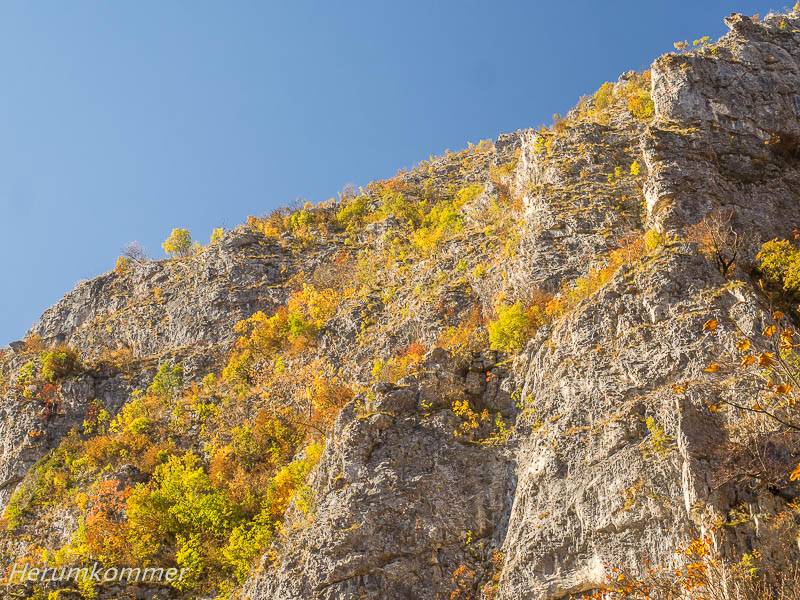 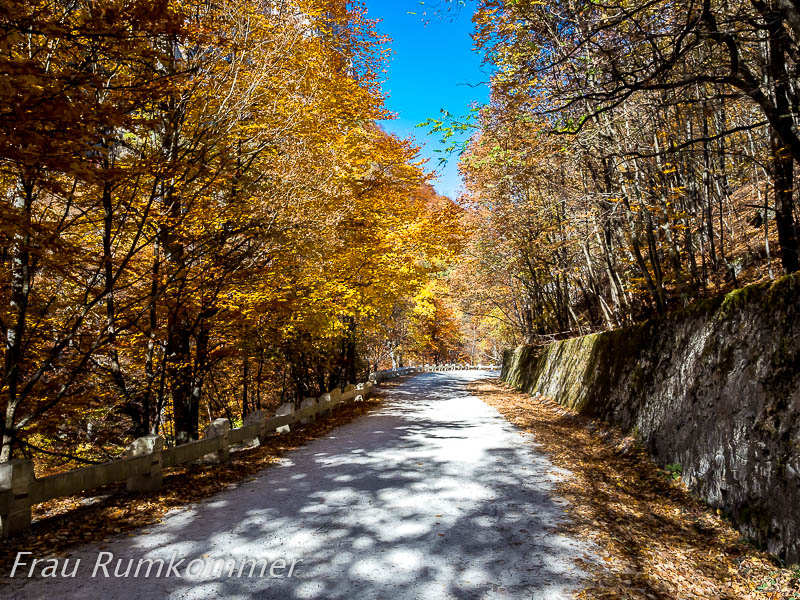 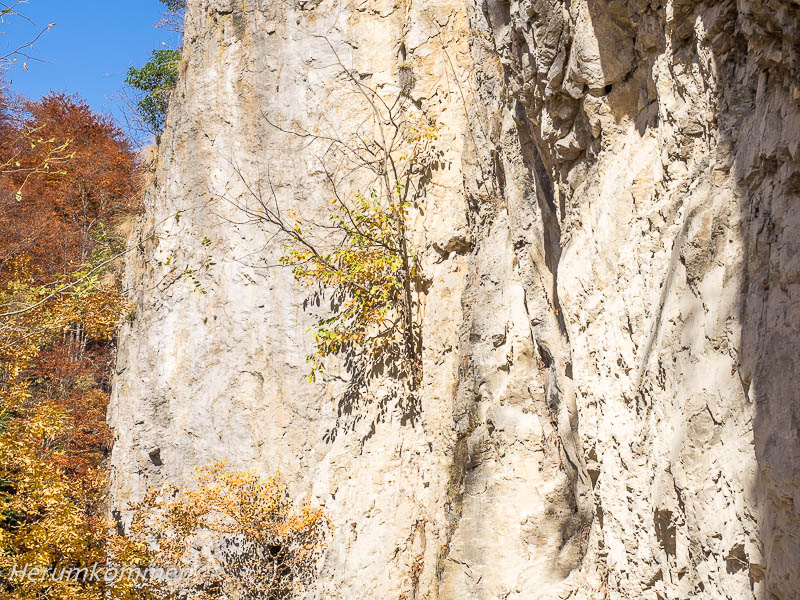 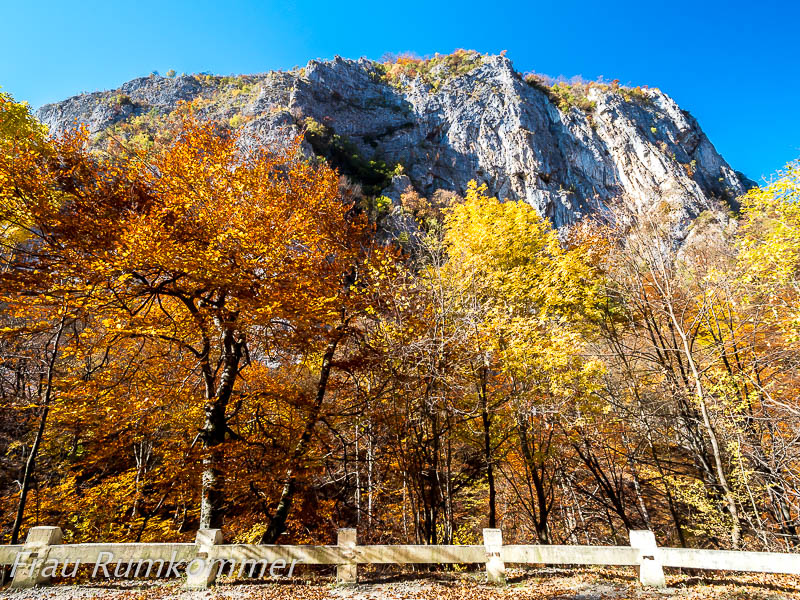 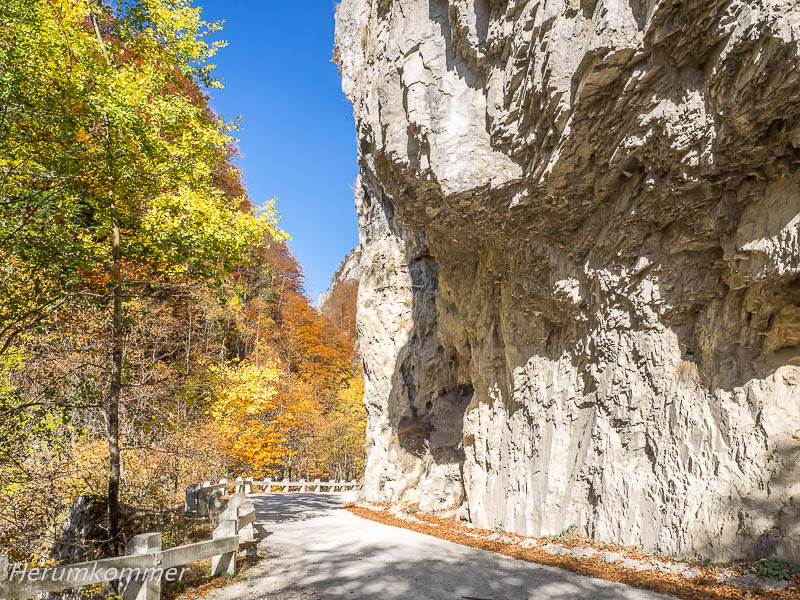 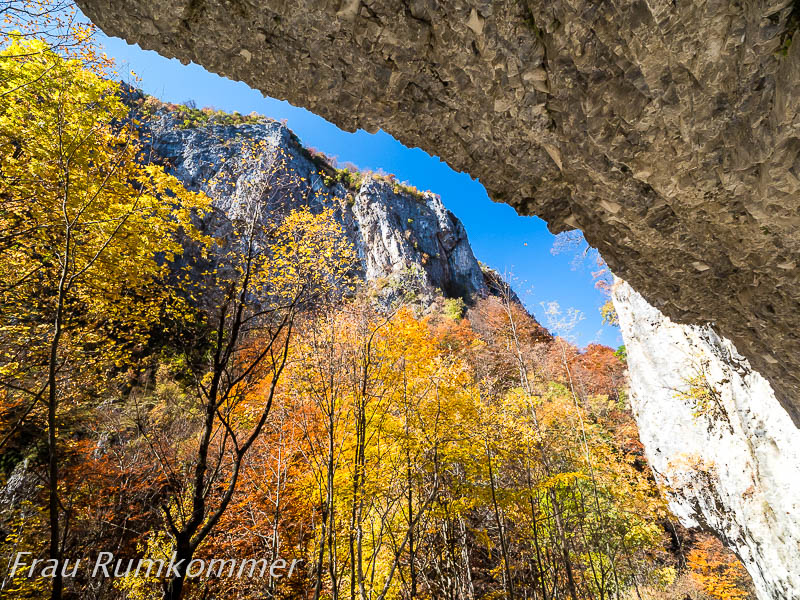 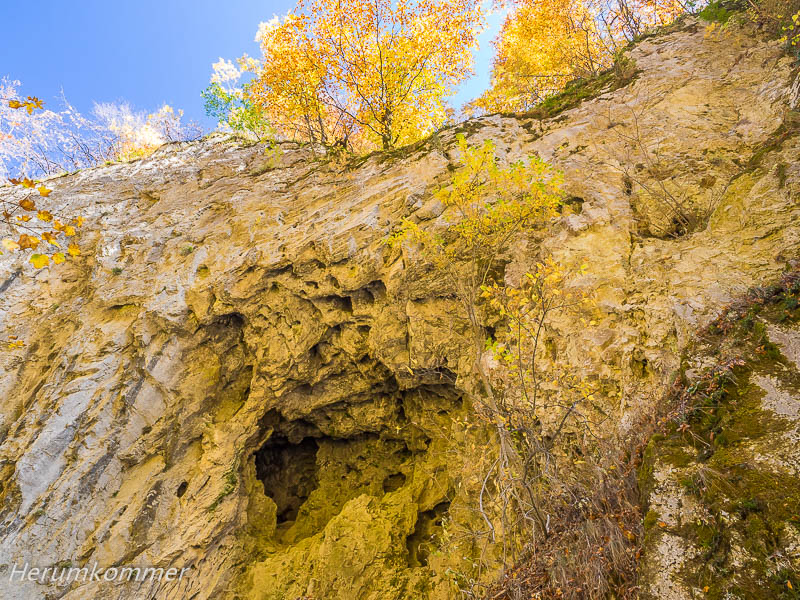 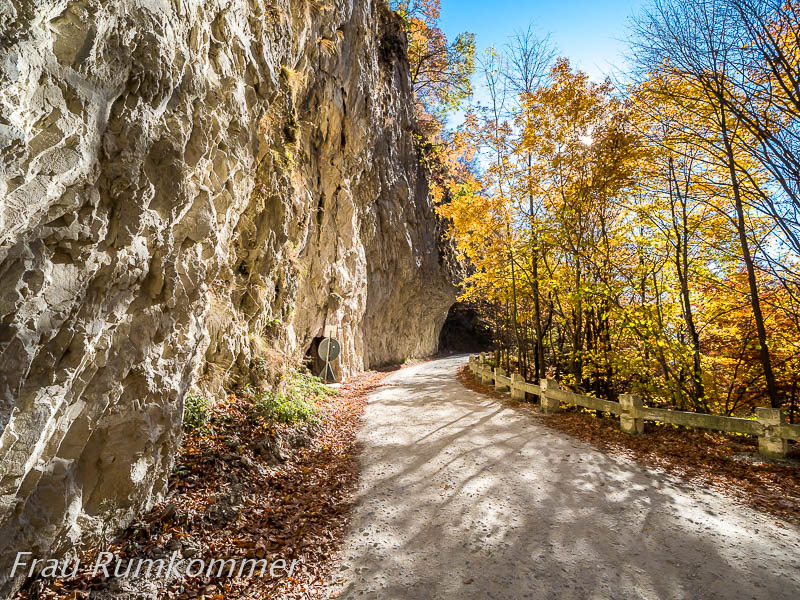 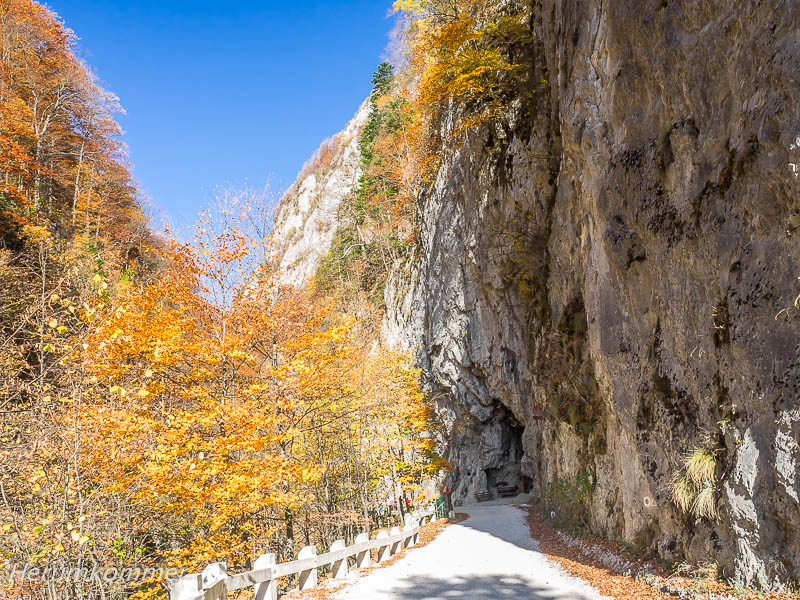 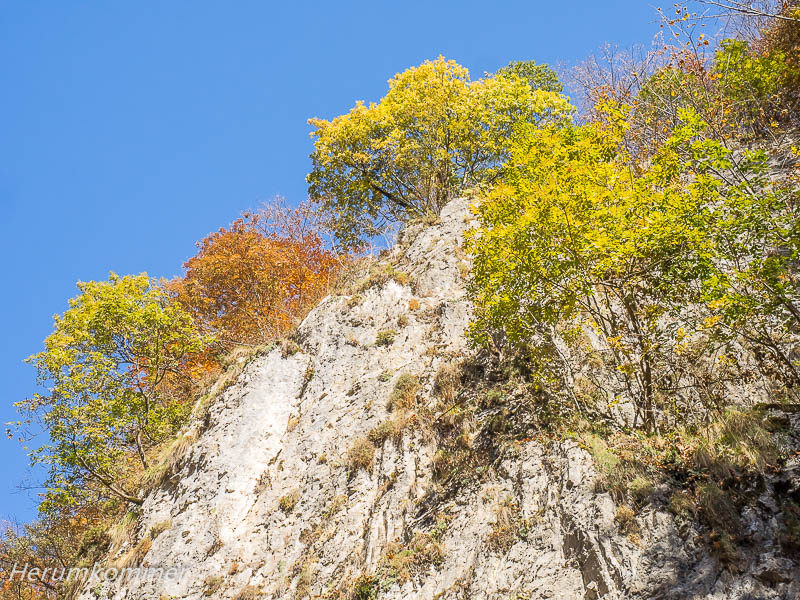 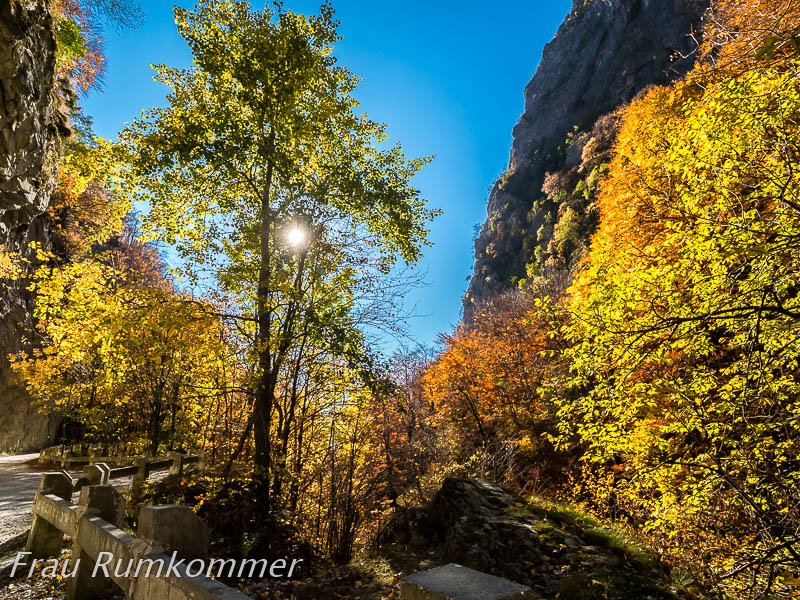 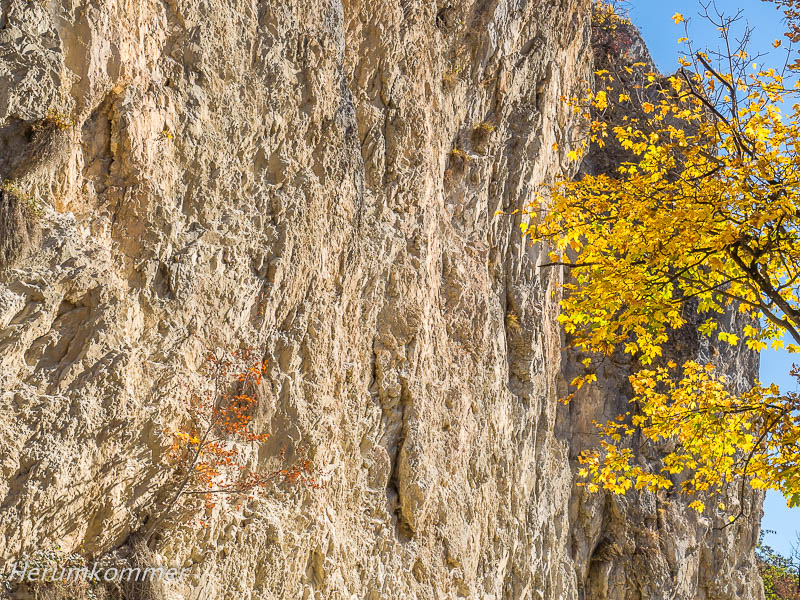 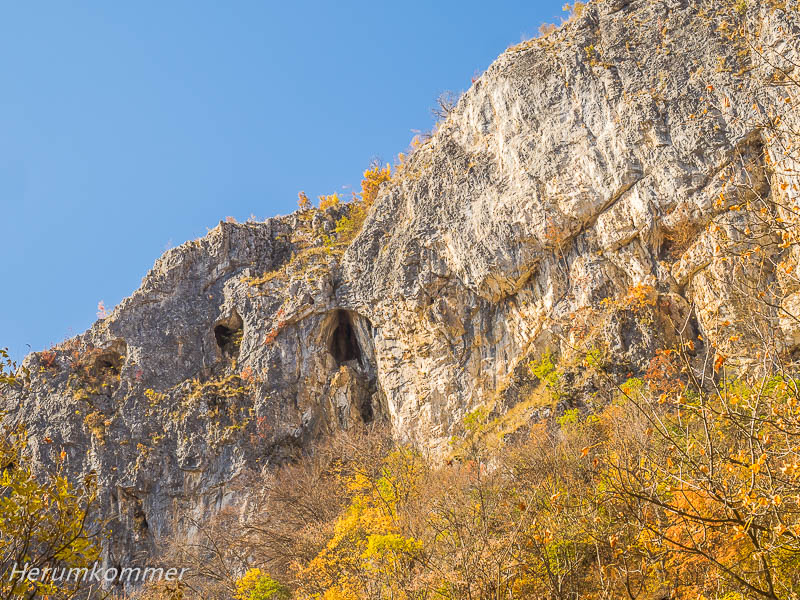 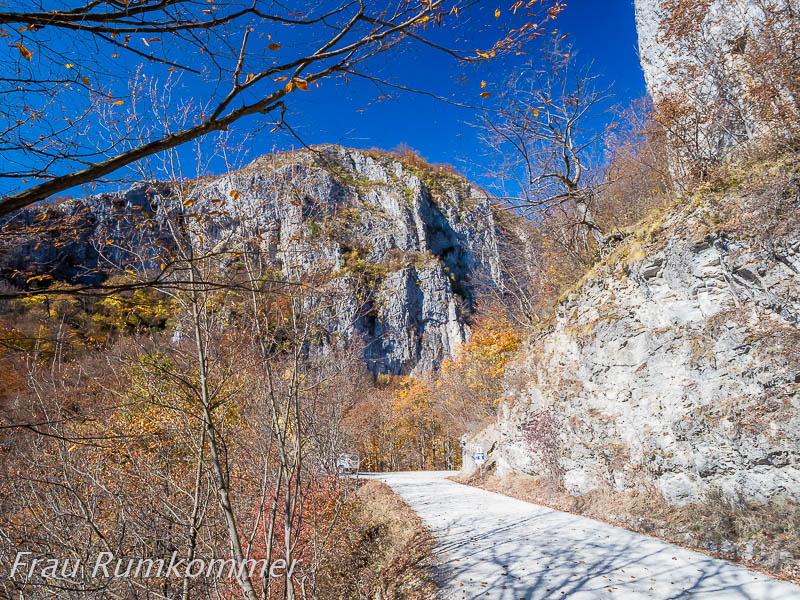