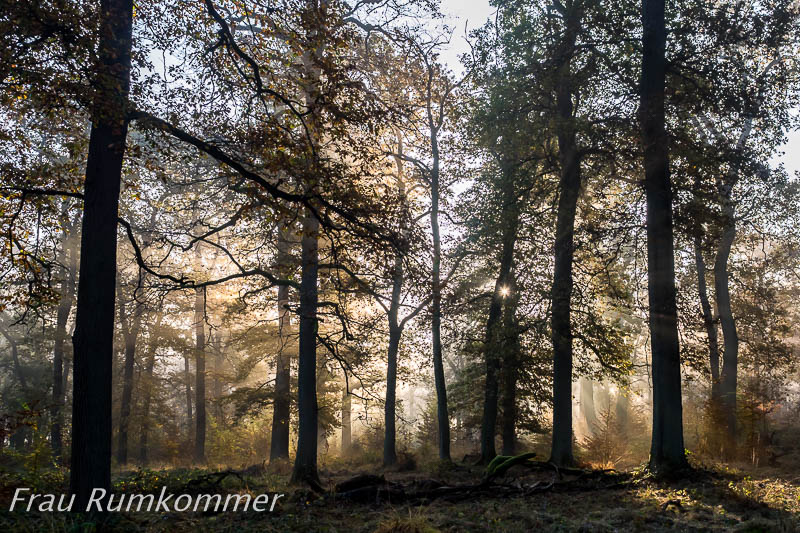 The Reinhardswald is described as the „treasure house of the European forests“. The southernmost ridge of the Weser Mountains (Weserbergland) is extremely sparsely populated. It forms one of the largest forest areas in Germany, with a high proportion of deciduous forest. Mighty old oaks, beeches, birches and larches as well as bracken taller than a man are characteristic of the Reinhardswald. Its primeval forests, Sababurg and Wichmanessen, are pearls among Germany’s natural woods. But no other wood has inspired us as much as this one: North of the Immenhauser district of Mariendorf we drive through an avenue of oaks. We can hardly believe that it is „only“ 200 years old. But that’s just the beginning. After a few minutes of slow driving there is an old pastoral forest on the right of the road, which seems completely untouched. We find a branching off path where we can park the camper. The oak plantation is said to be only 170 years old ?! The undergrowth is overgrown with thorny blackberry bushes and ferns. There is no right way in this wilderness. Fog, blazing sunshine and hoarfrost put them in the limelight. We are euphoric! 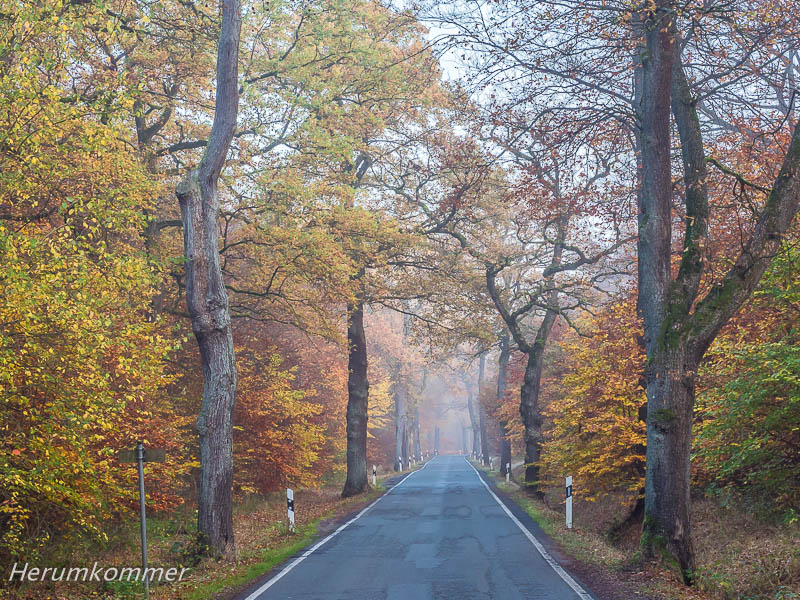 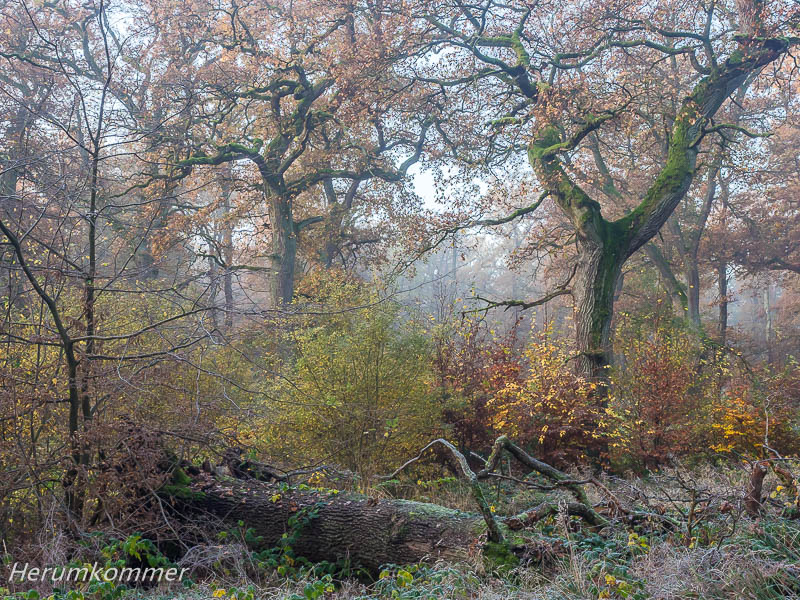 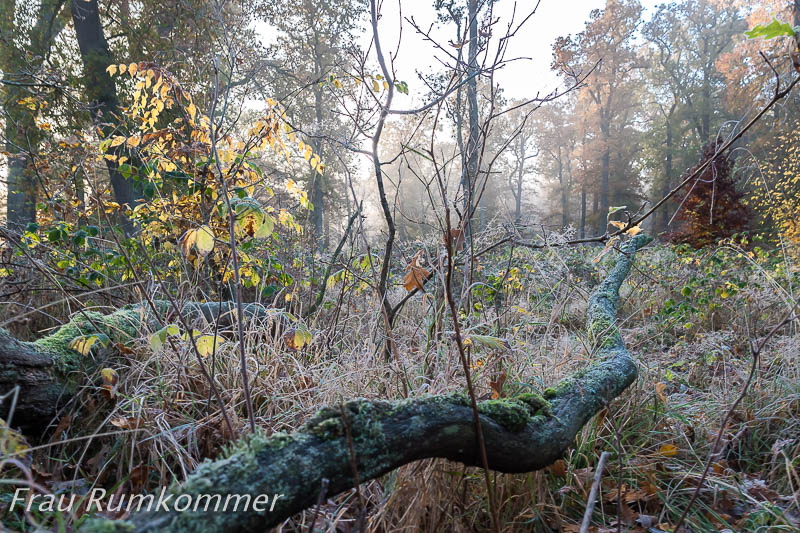 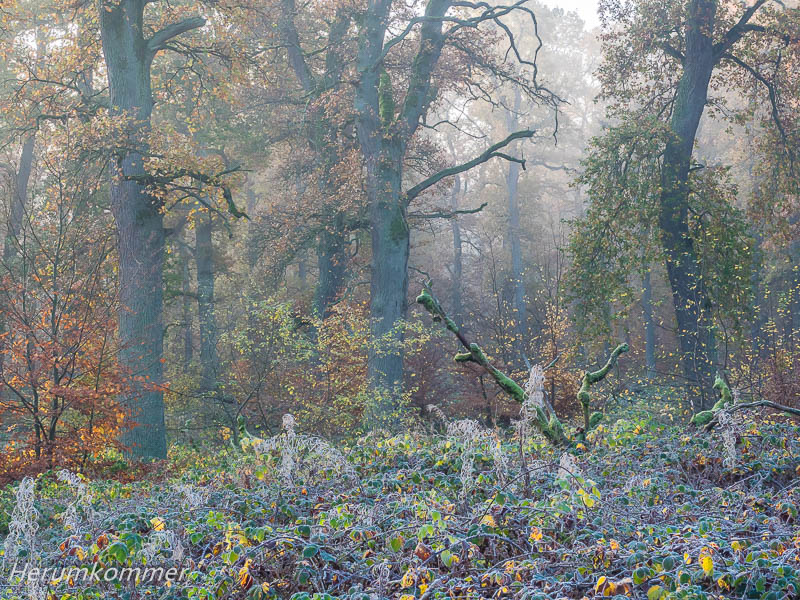 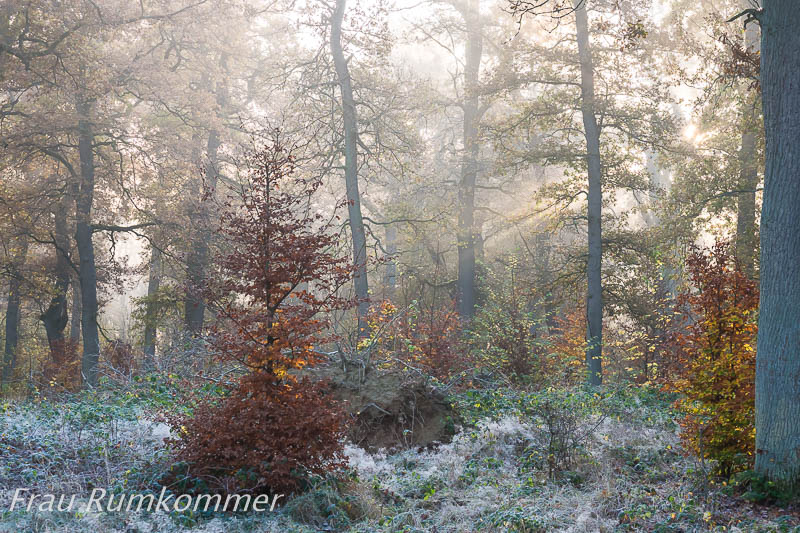 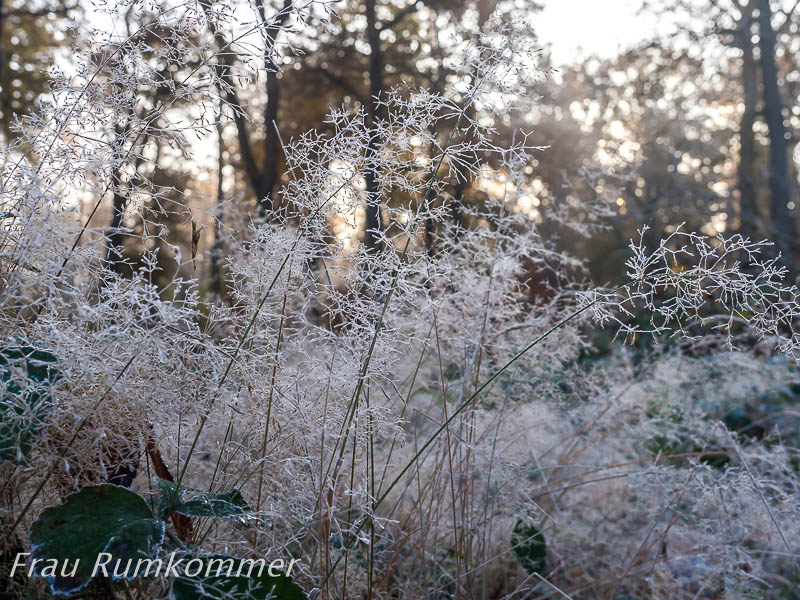 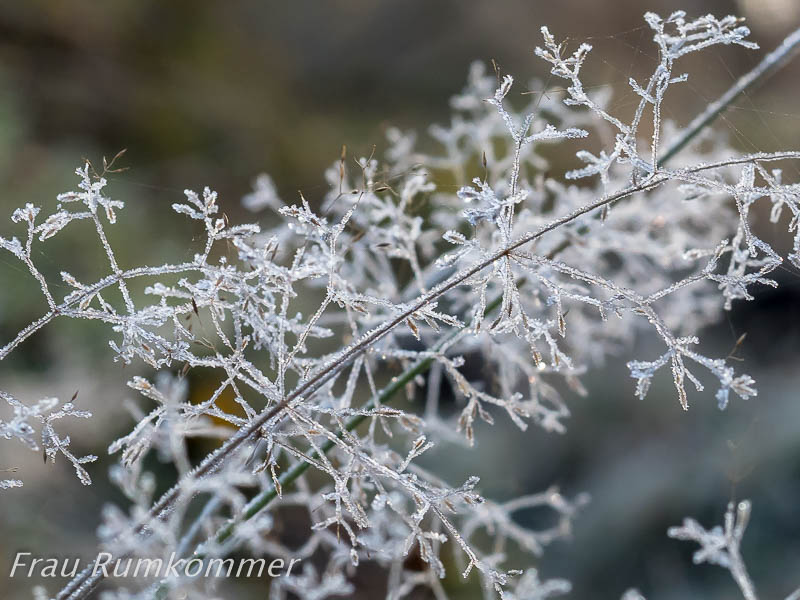 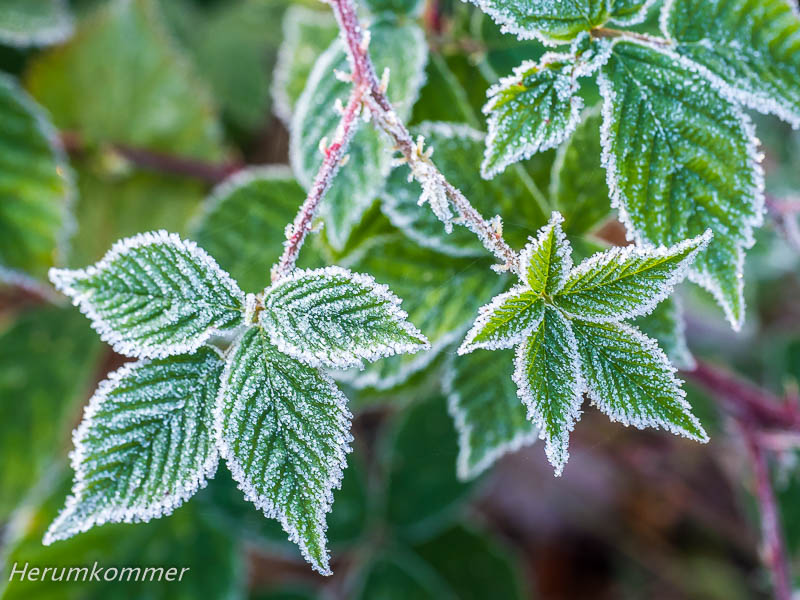 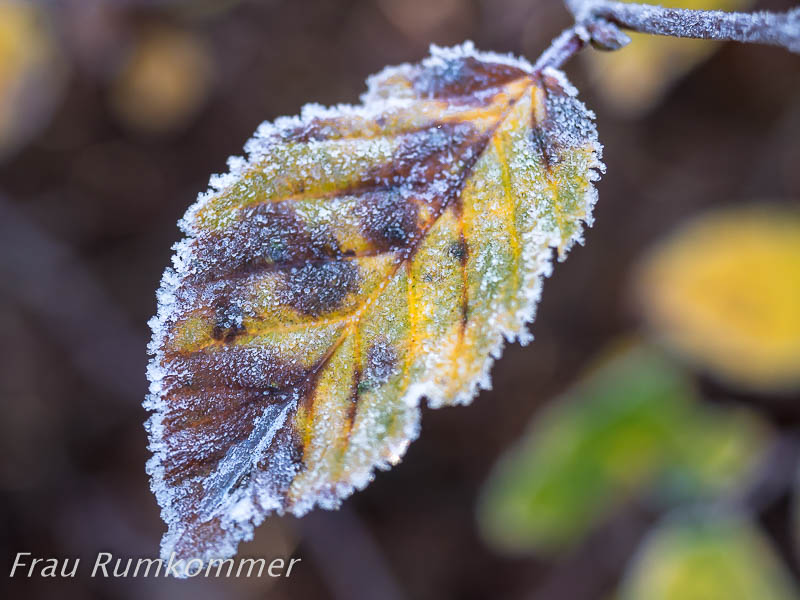 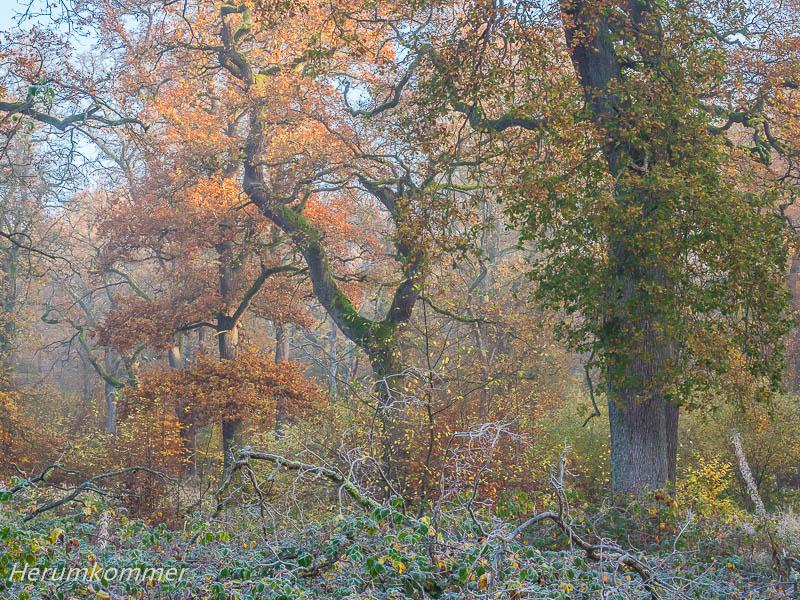 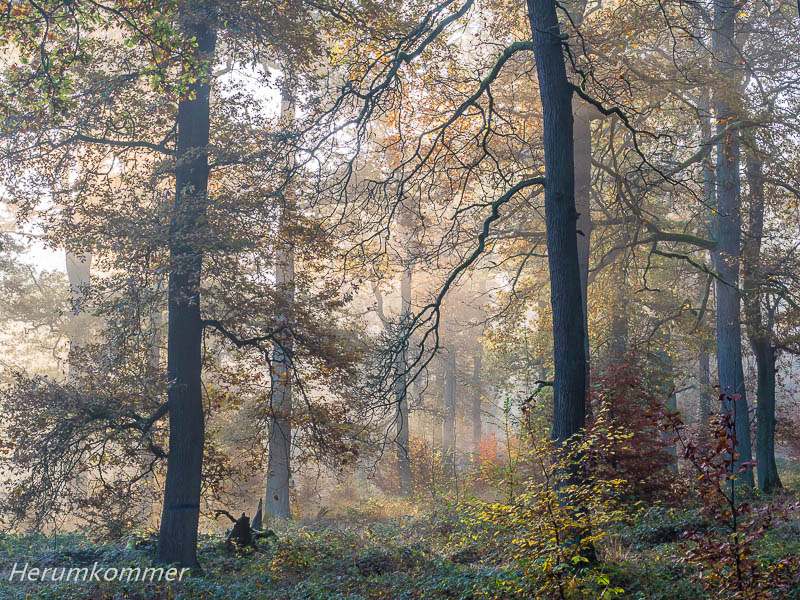 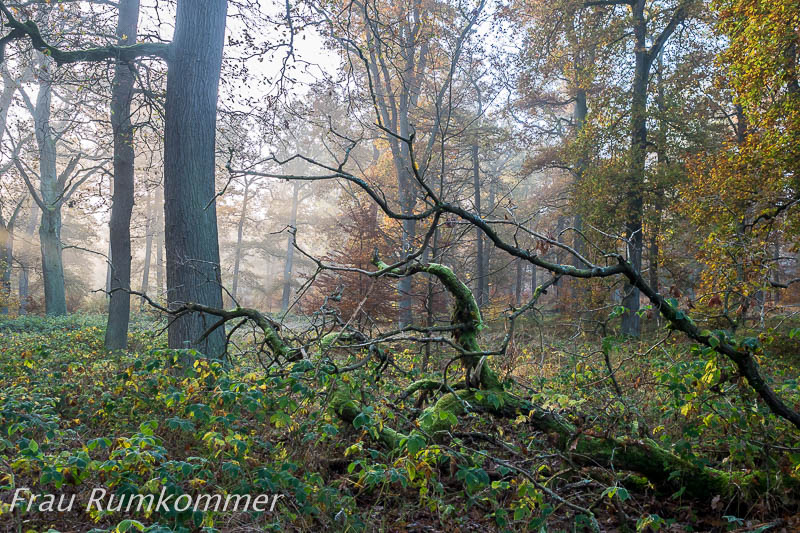 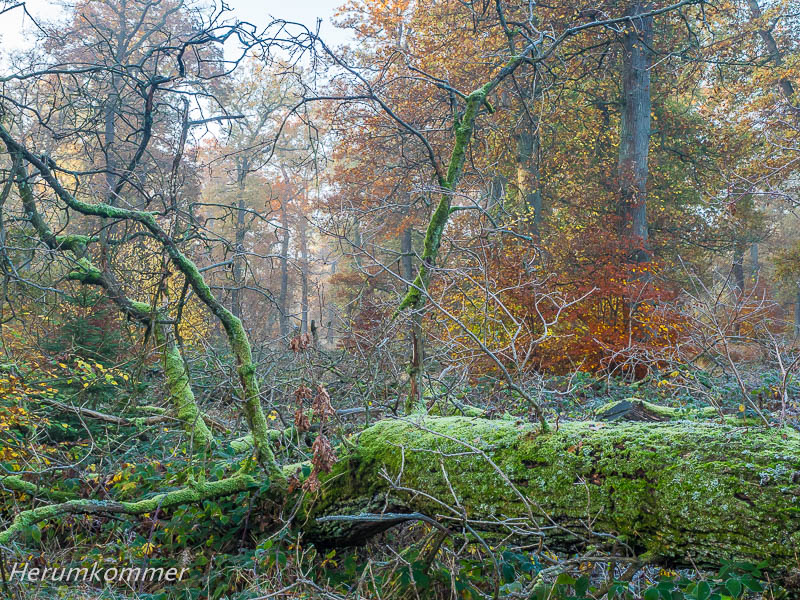 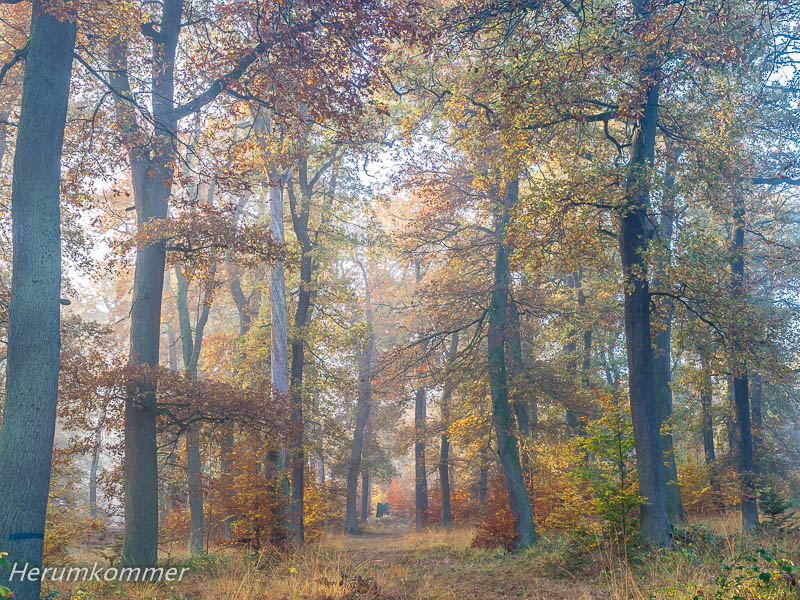 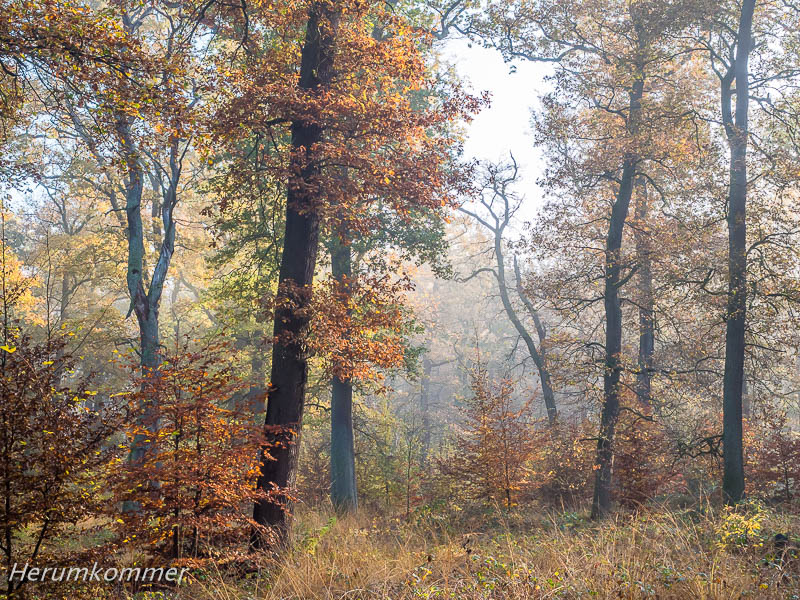 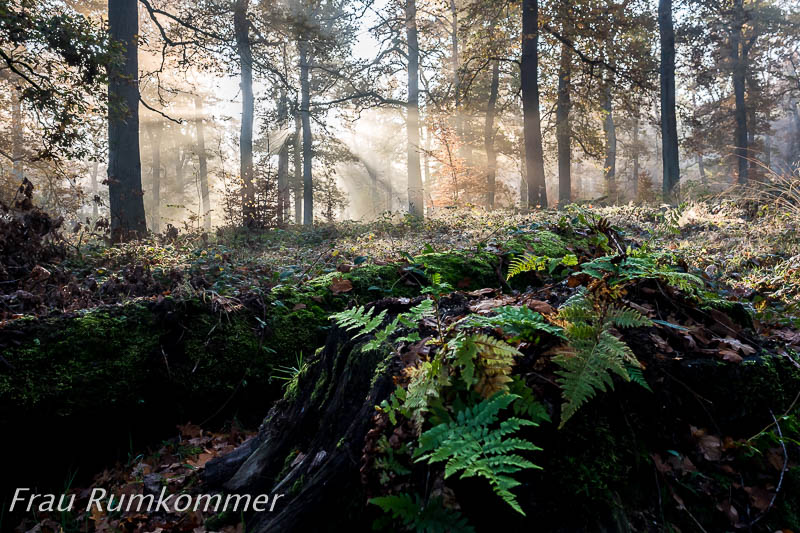 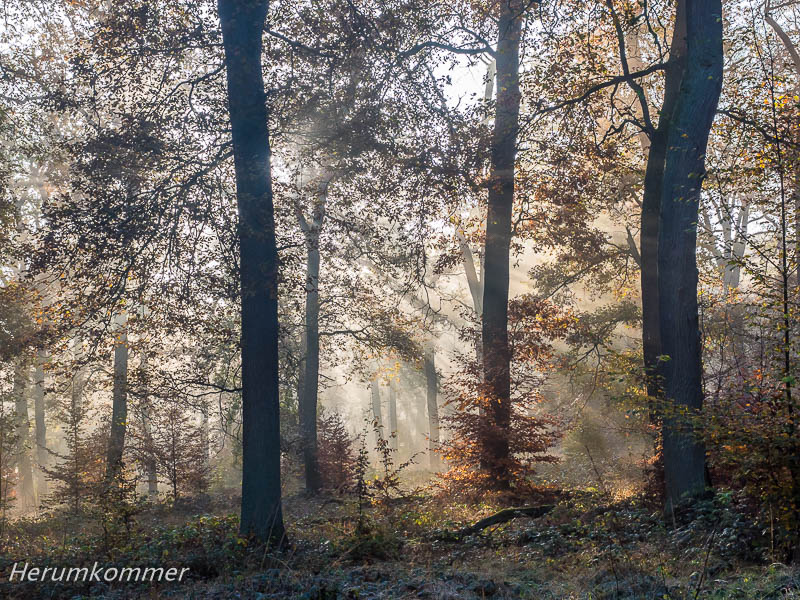 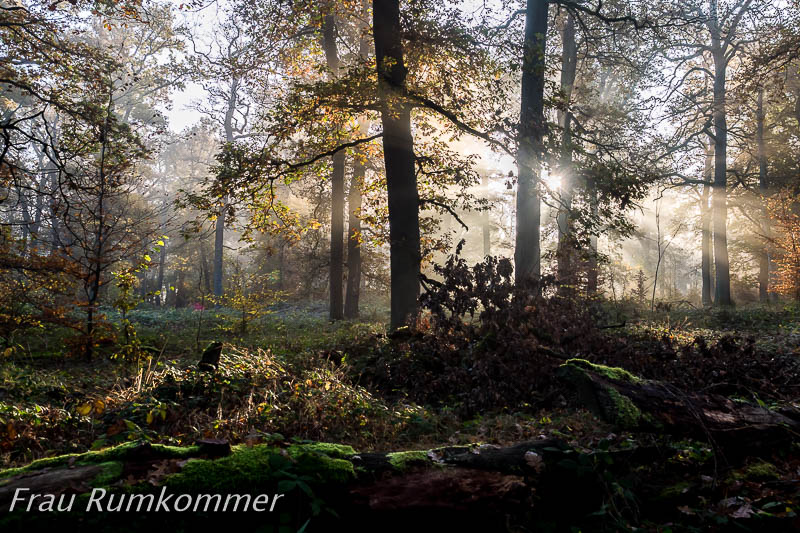 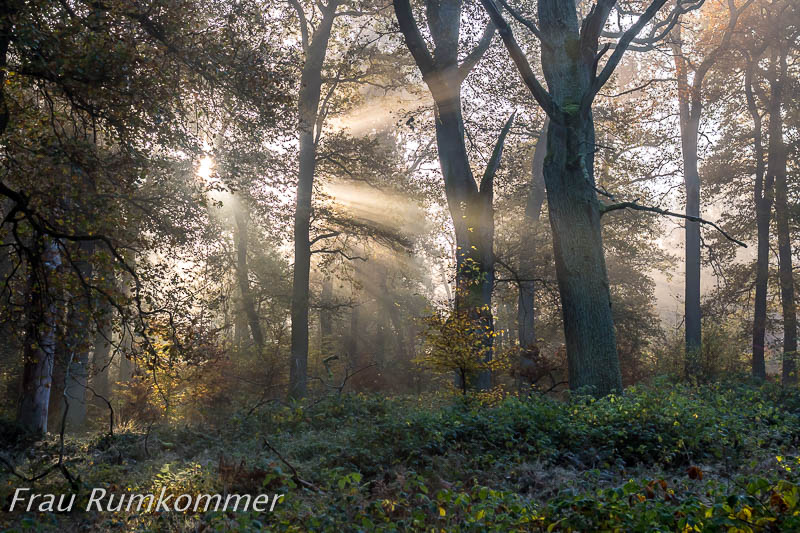 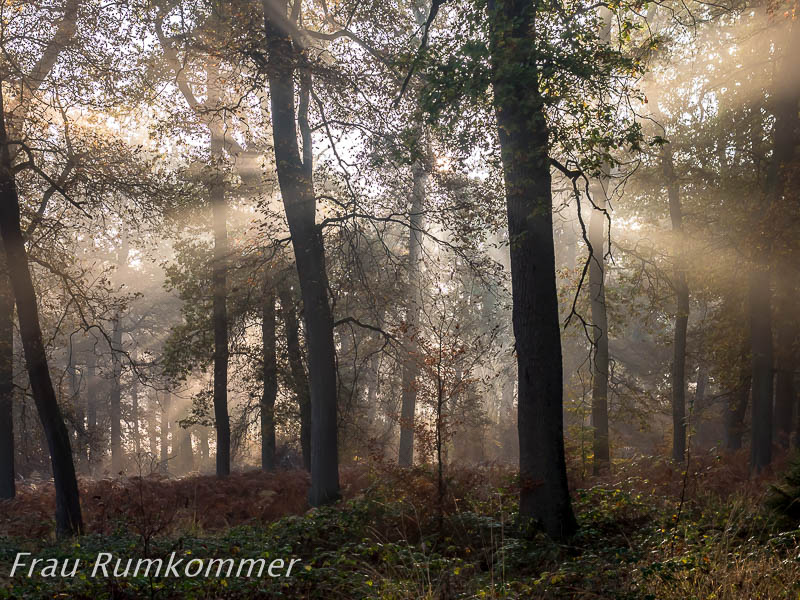 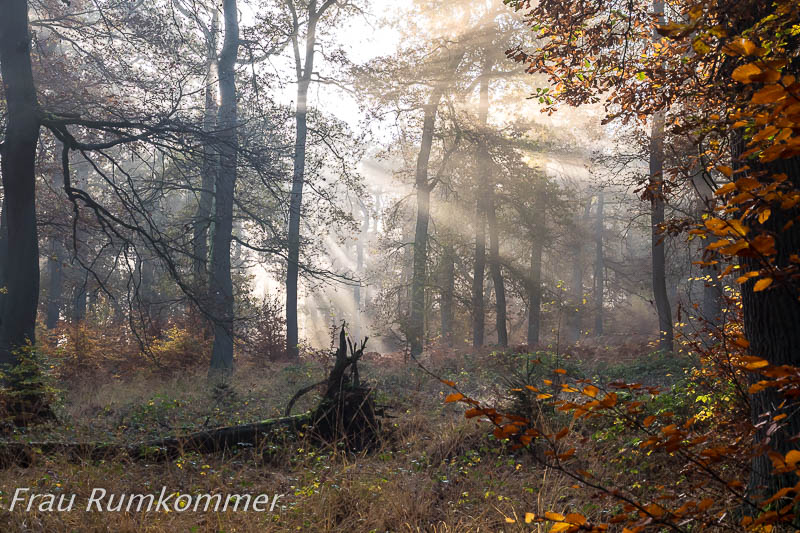 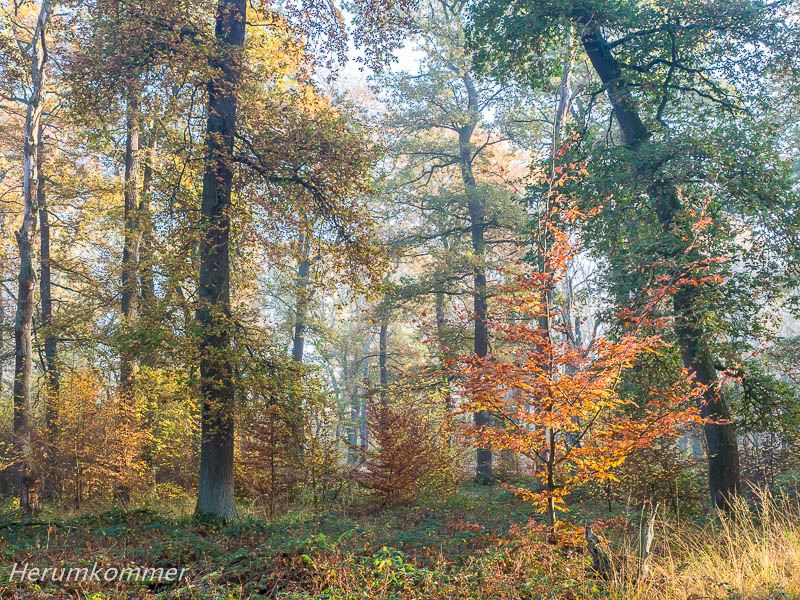 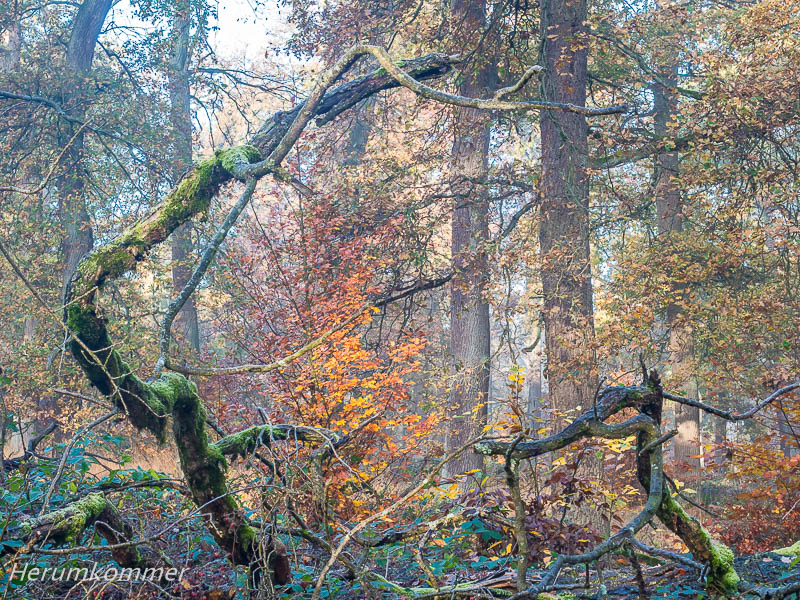 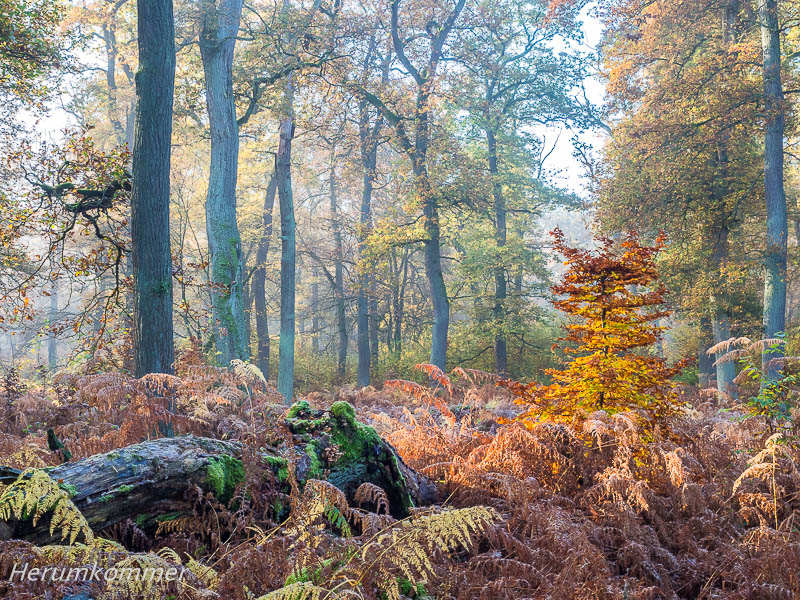 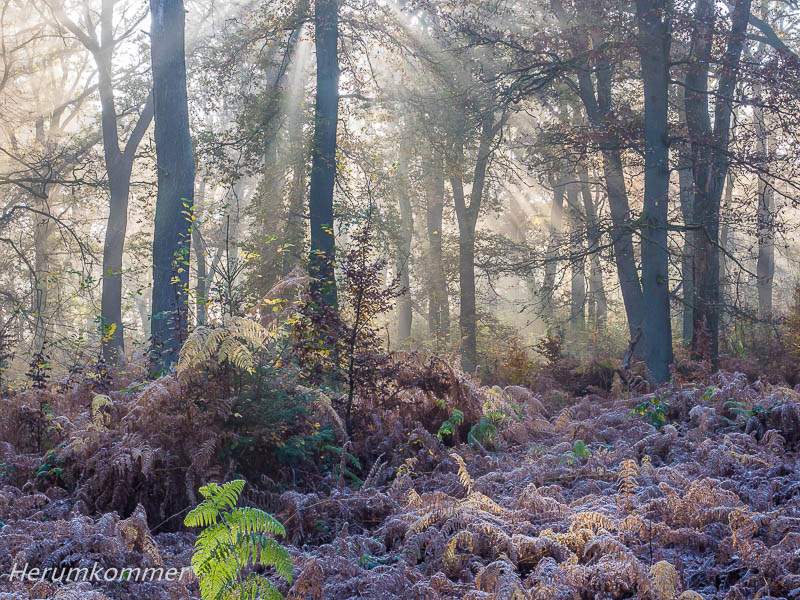 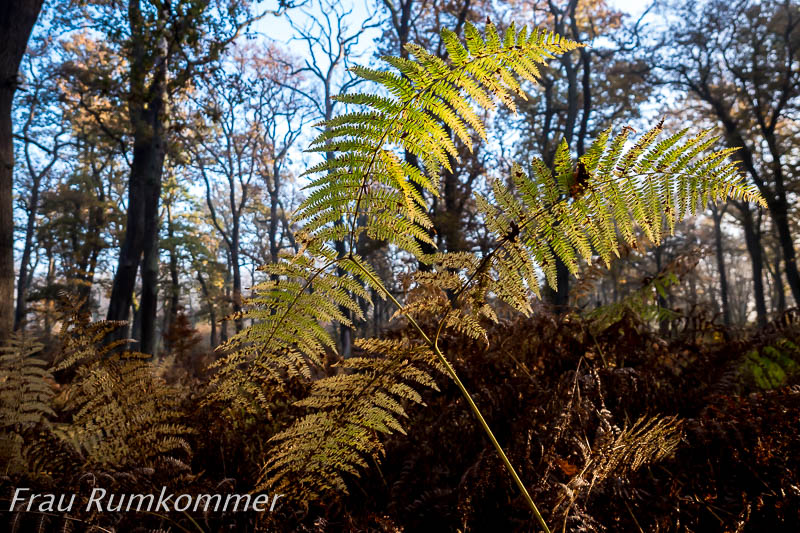 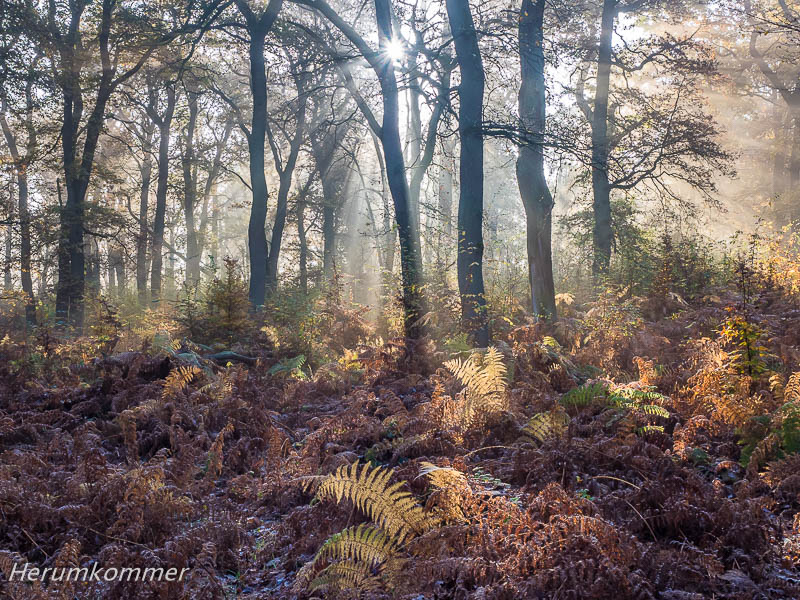