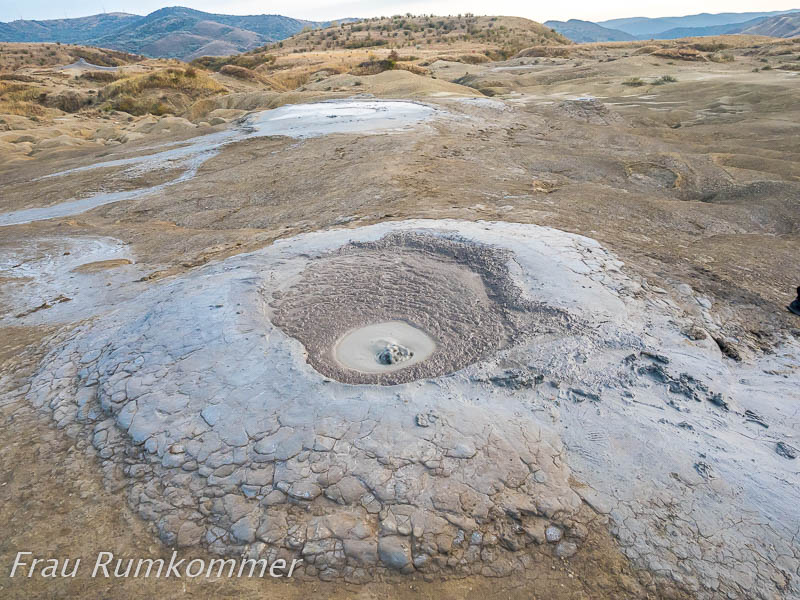 Among Romania’s most famous geological and scenic attractions are the mud volcanoes (Vulcanii Noroiosi) near Berca, northwest of Buzău in Muntenia / Great Wallachia. The road leading there from the south is properly paved but in poor condition. Other roads in the area also have sinkholes and faults. No doubt, the earth is in motion here. From the car park and campsite, an approximately 500 m long hiking trail leads uphill to the volcanic field.

We have seen quite a few volcanoes, especially in Iceland and New Zealand. Most of the time they can only be seen inactive or their solidified lava. Here, however, we see constant activity. True, the individual volcanoes, especially the smaller ones (Pacle Mici) are only a few metres high. But many of them bubble, pulsate and eject mud, one spews horizontally. Again and again, small waves of mud flow down the volcanic cones. Gases rising from a depth of about 3,000 m through layers containing clay and water cause this „cold volcanism“. 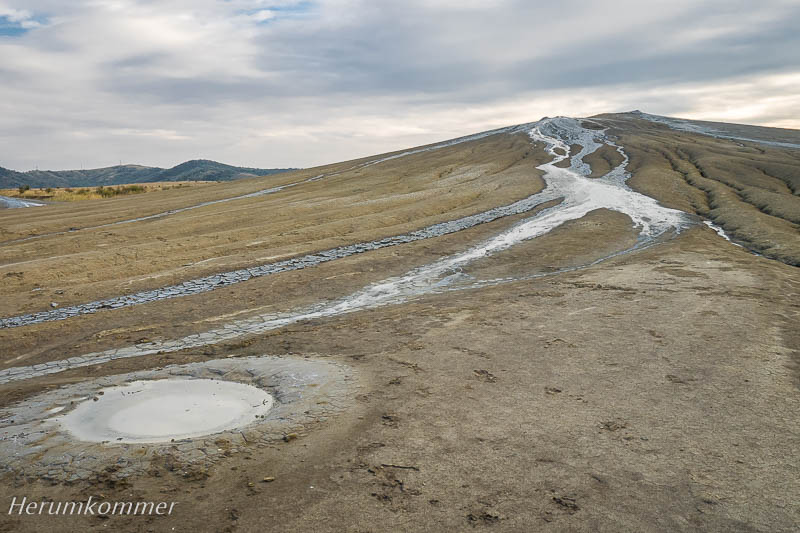 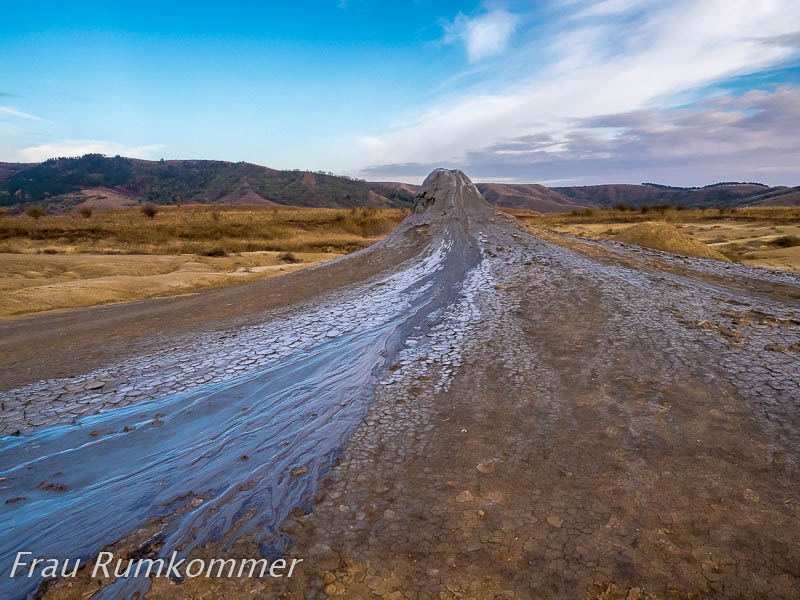 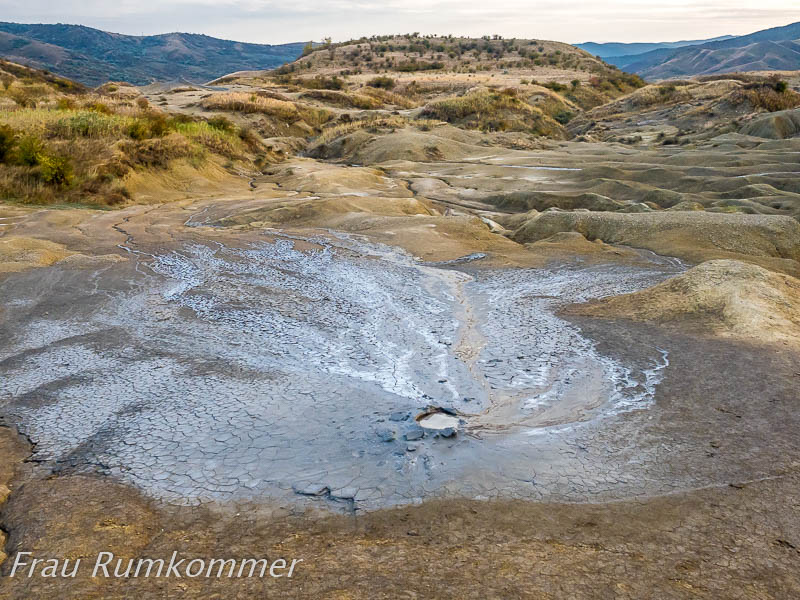 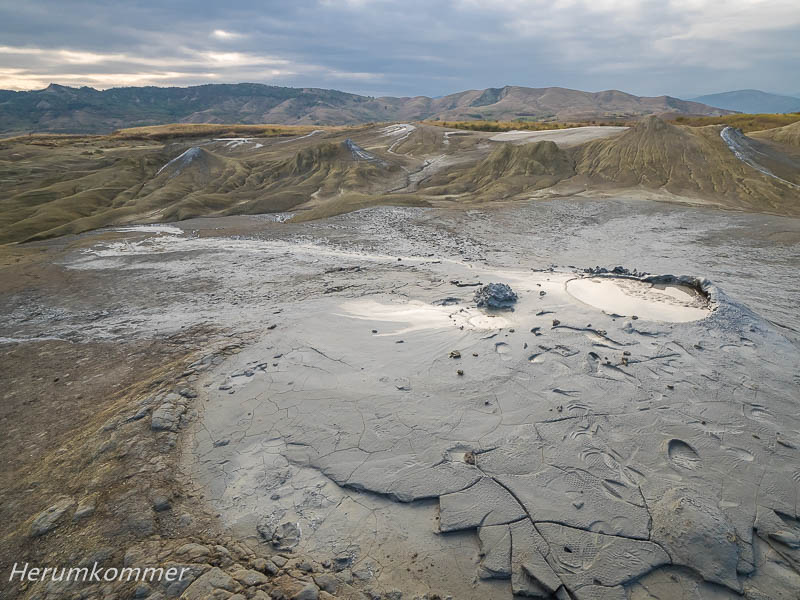 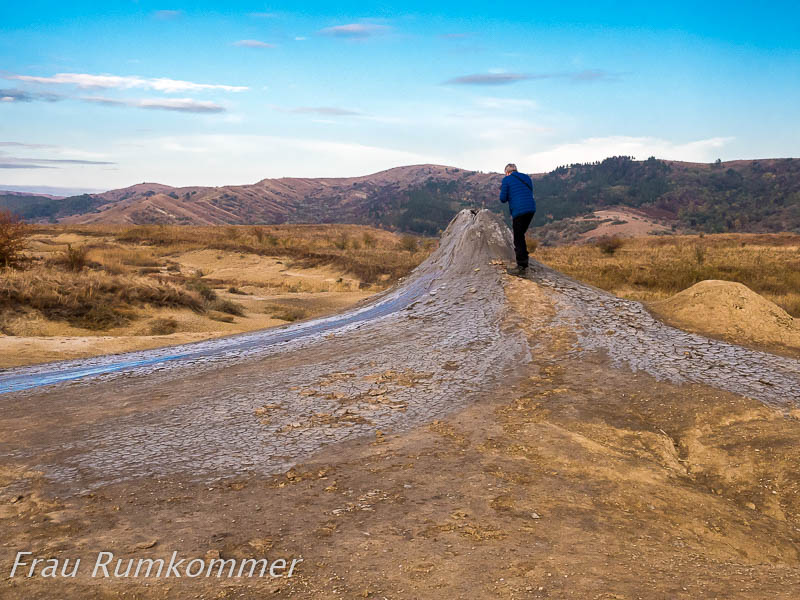 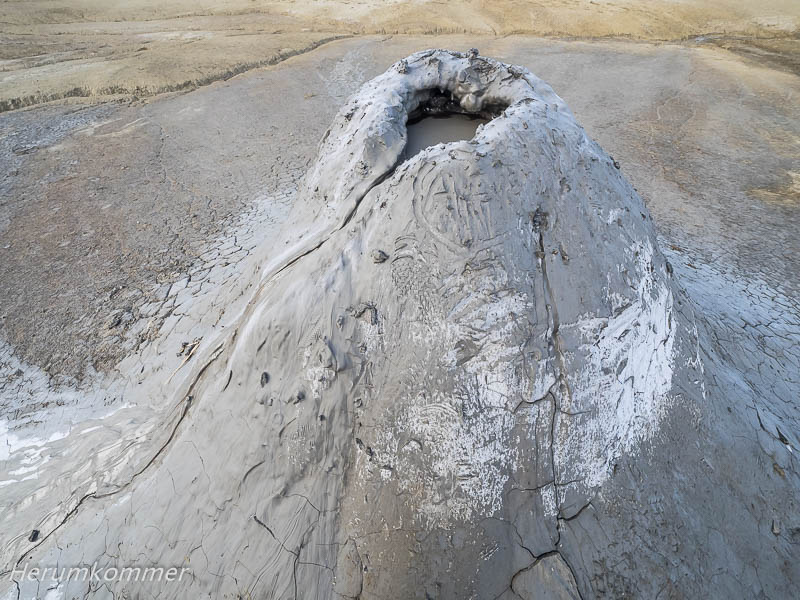 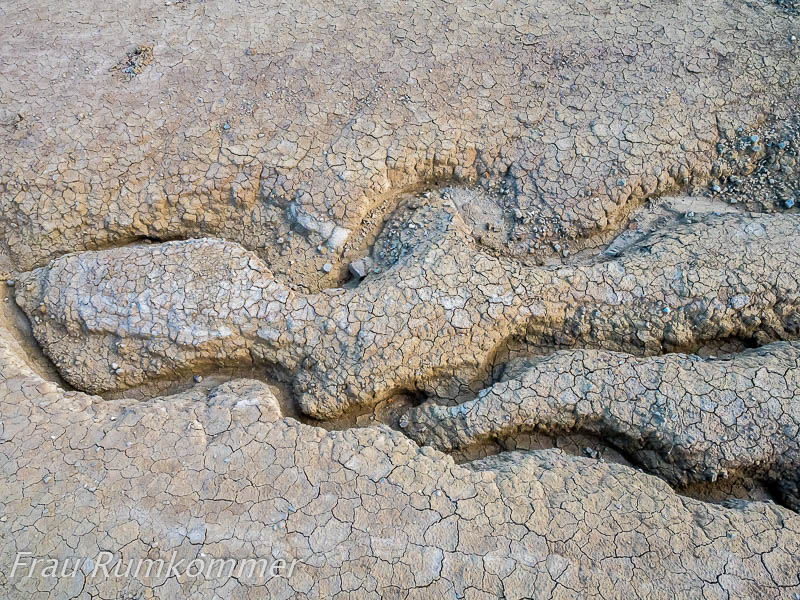 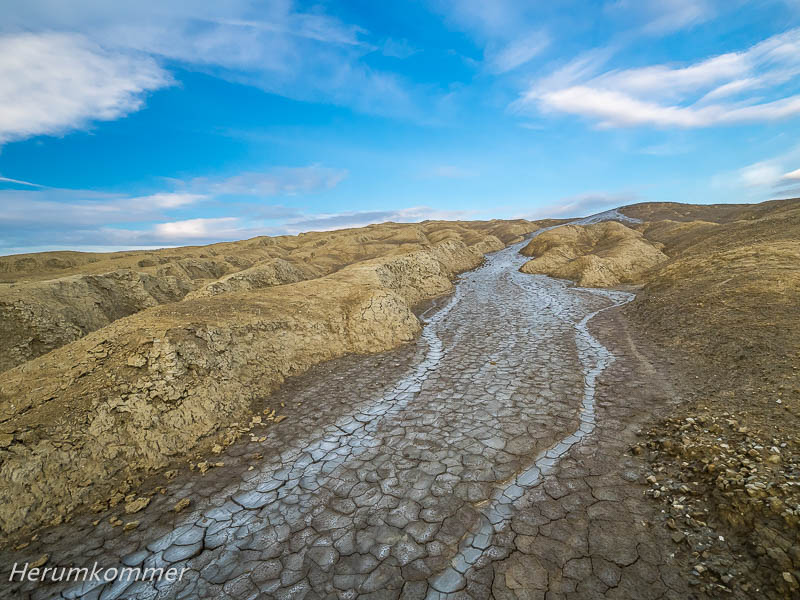 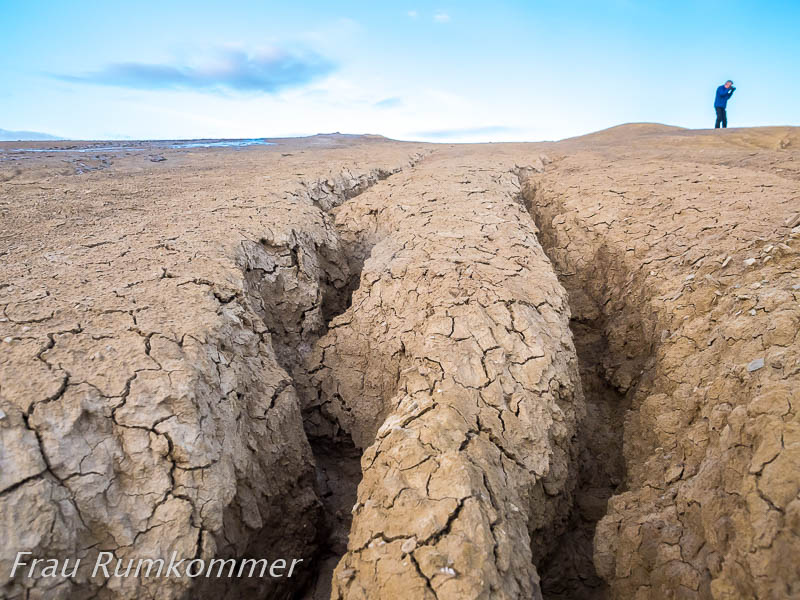 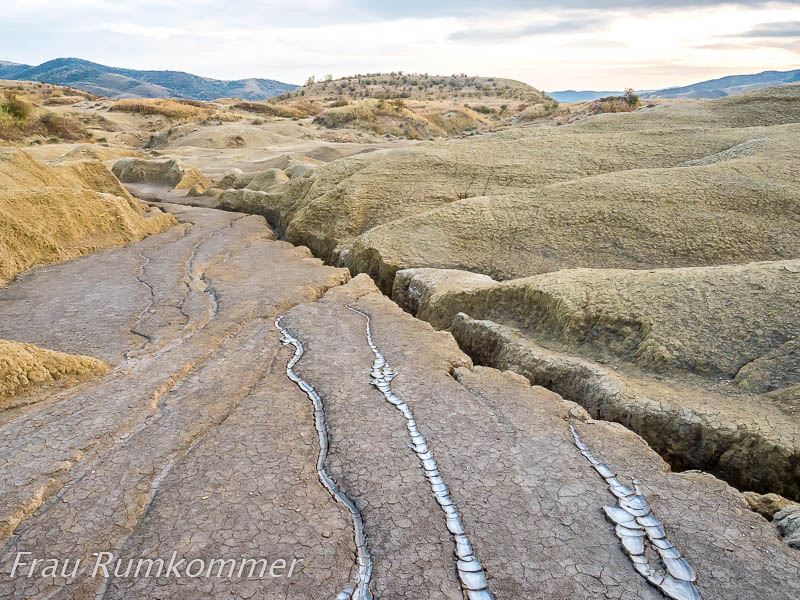 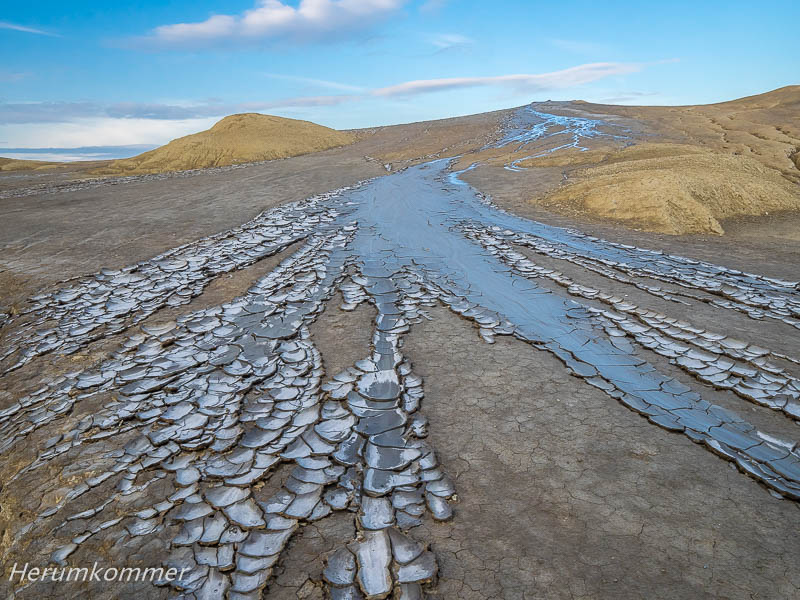 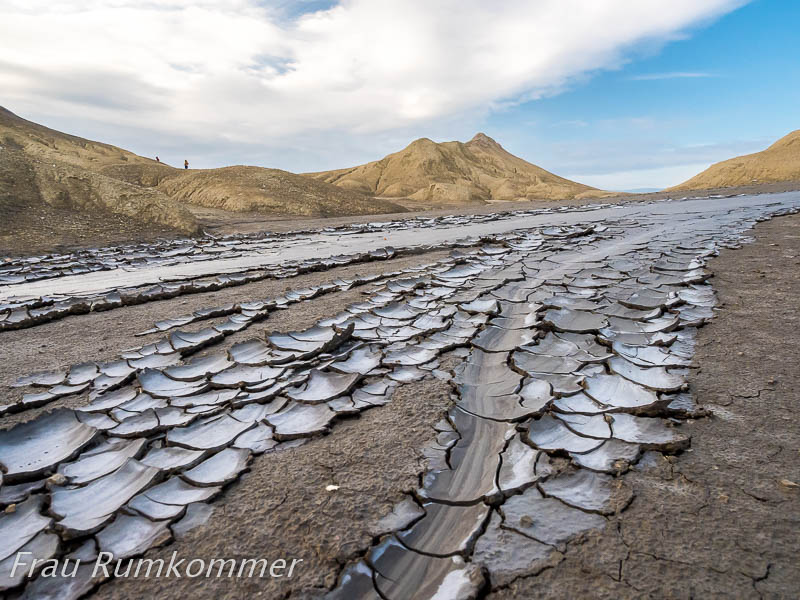 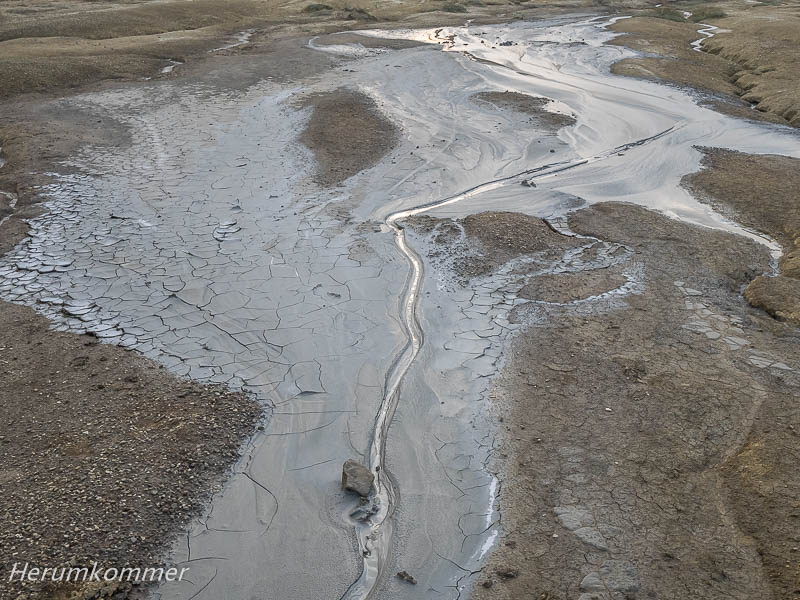 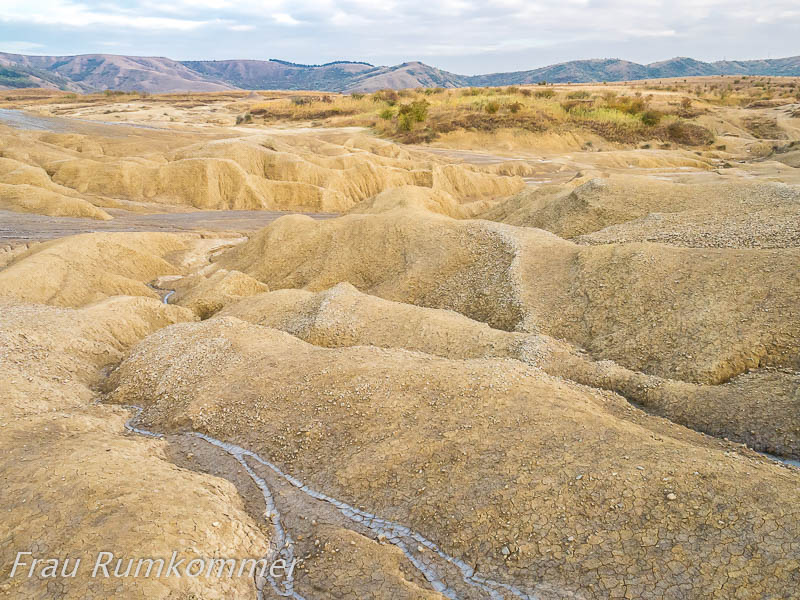 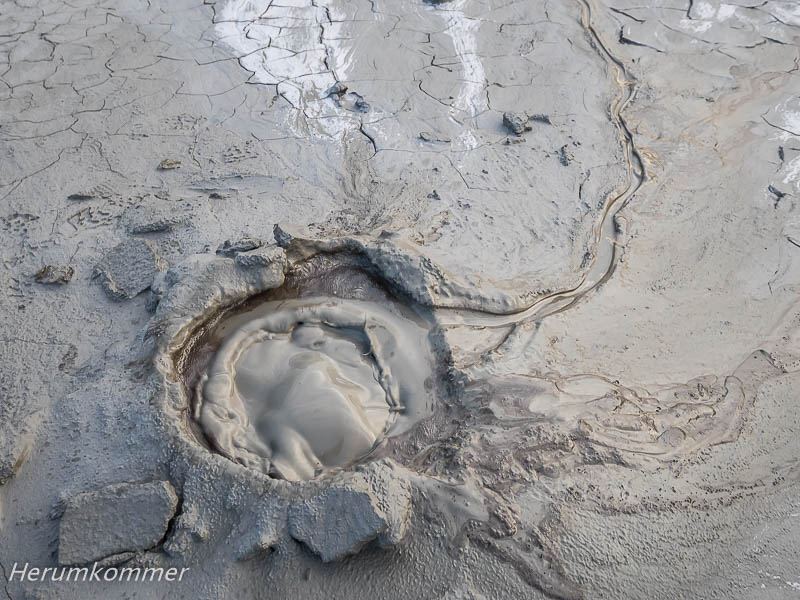 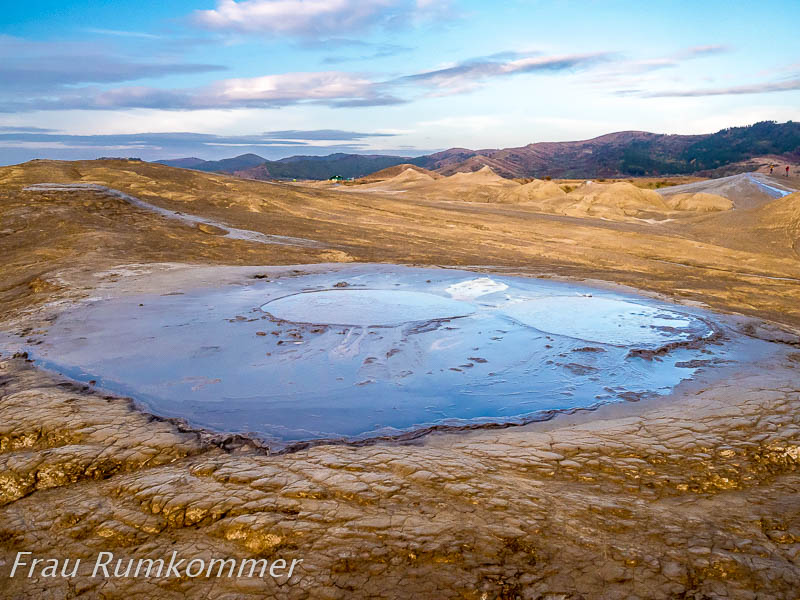 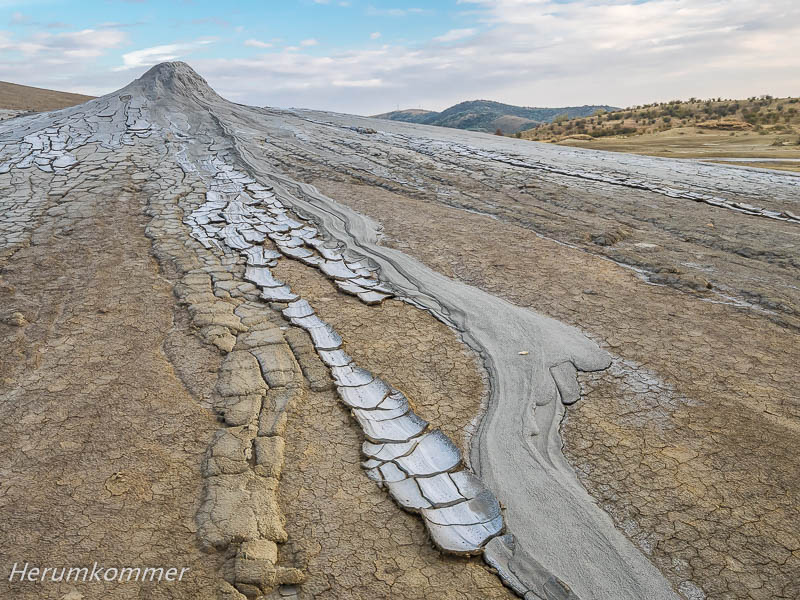 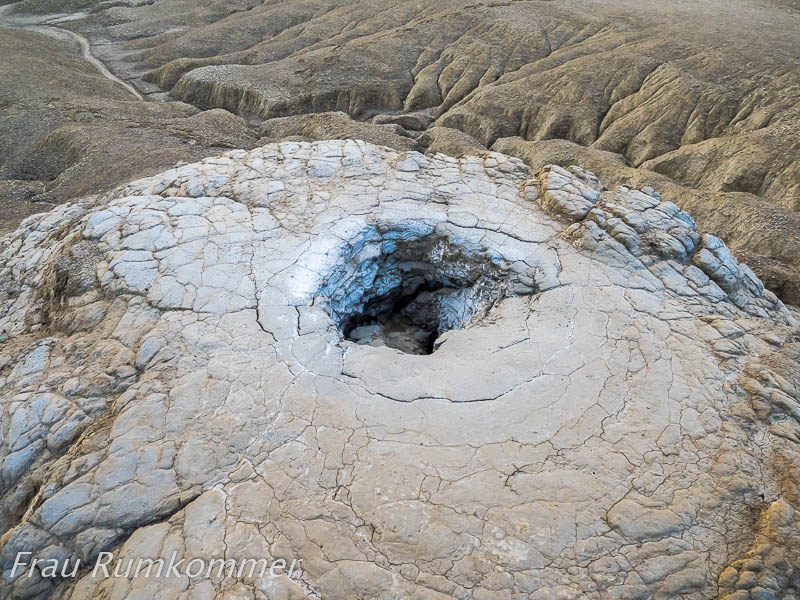 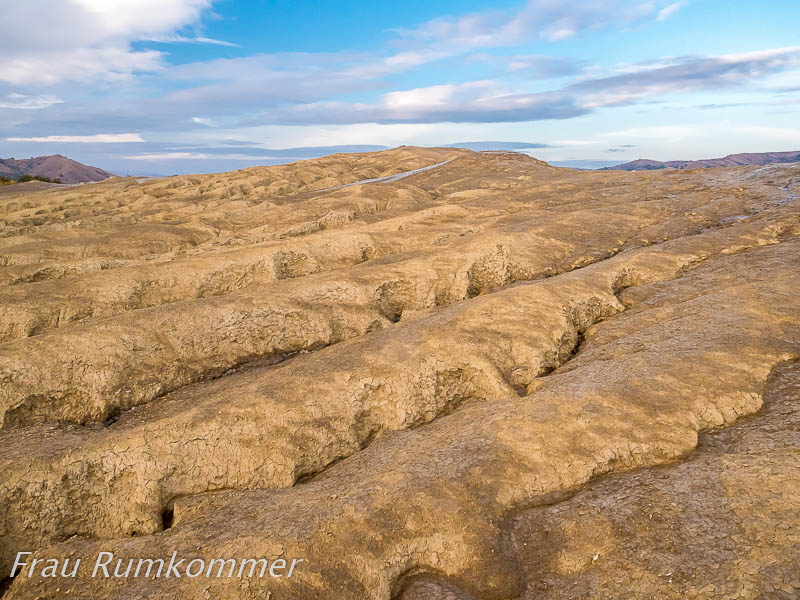 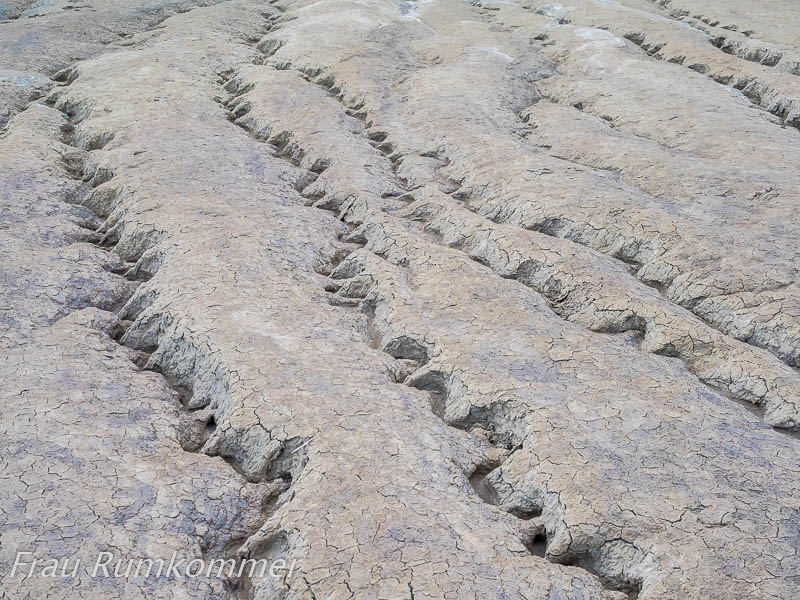 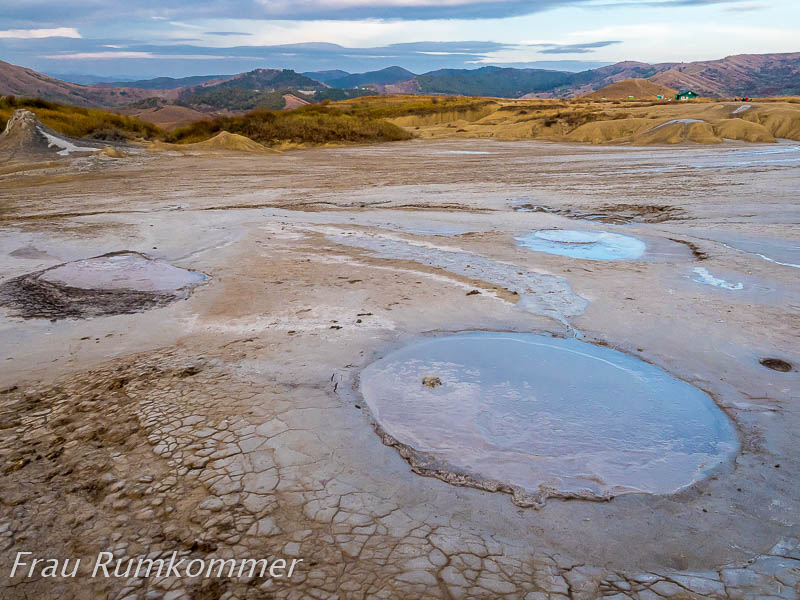 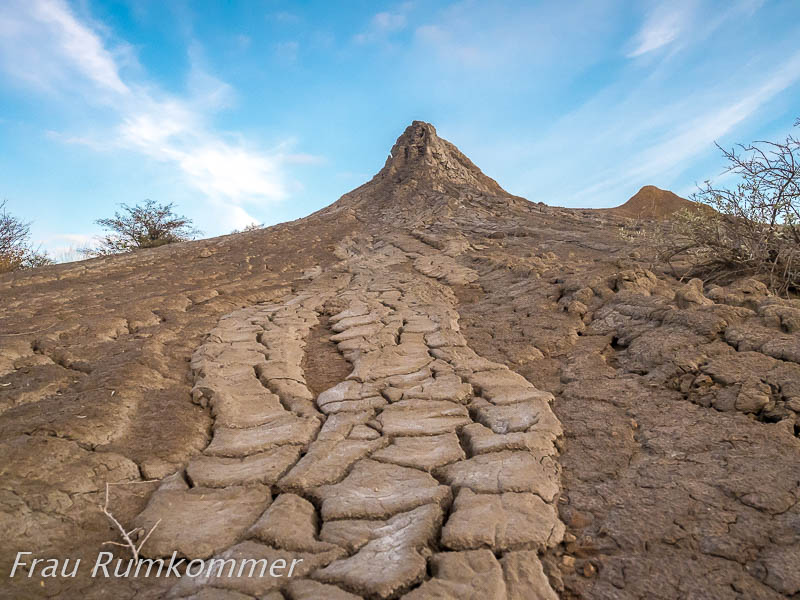 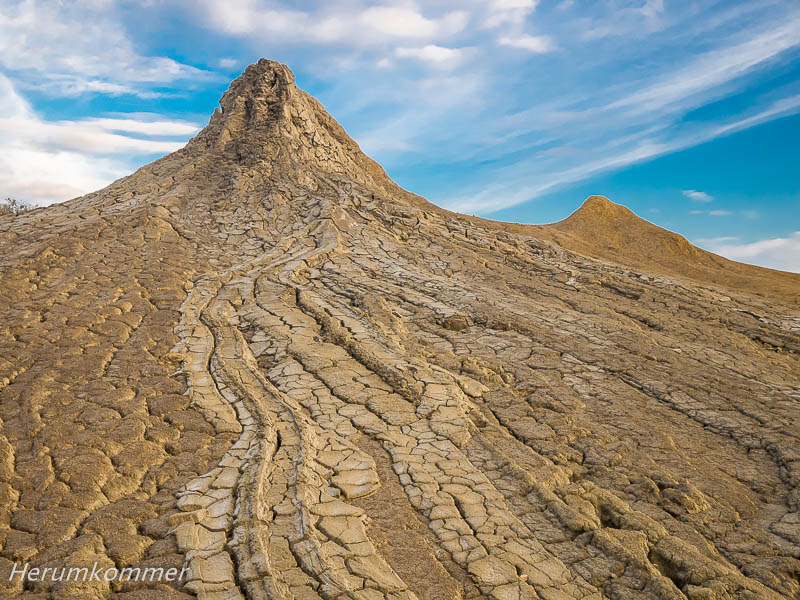 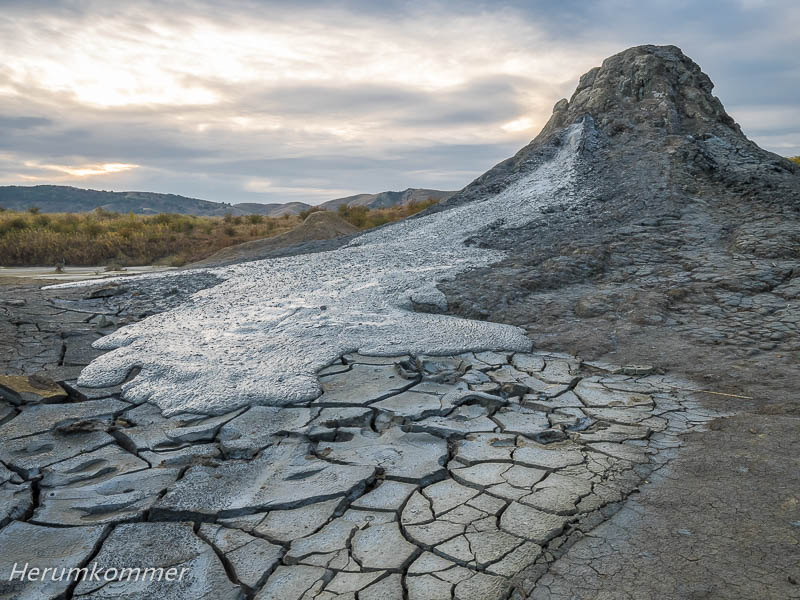 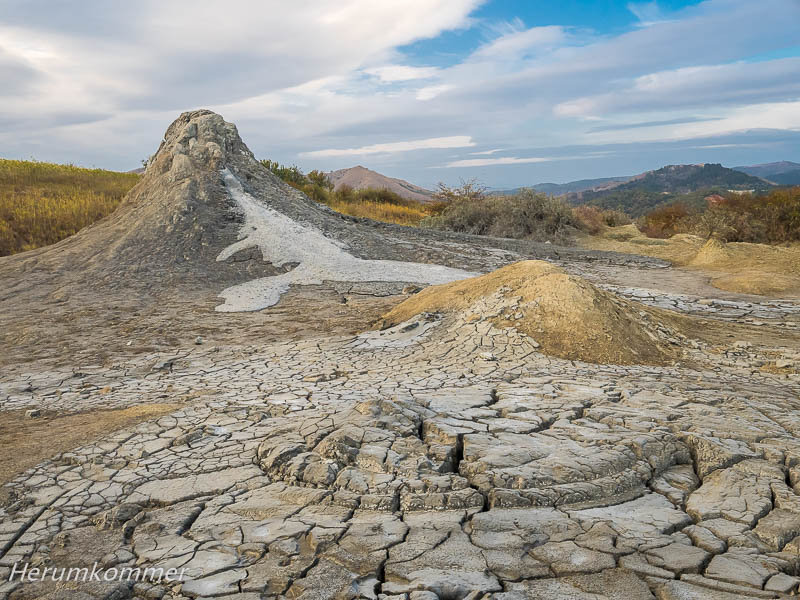 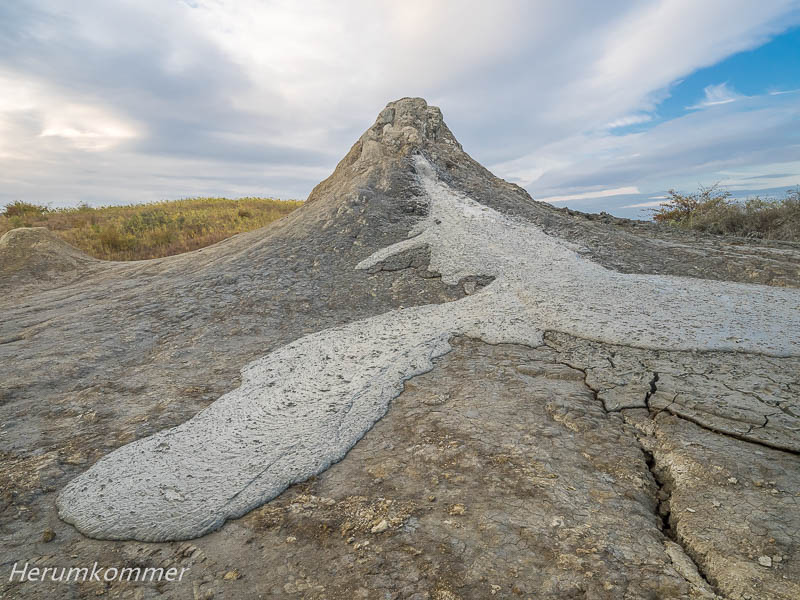 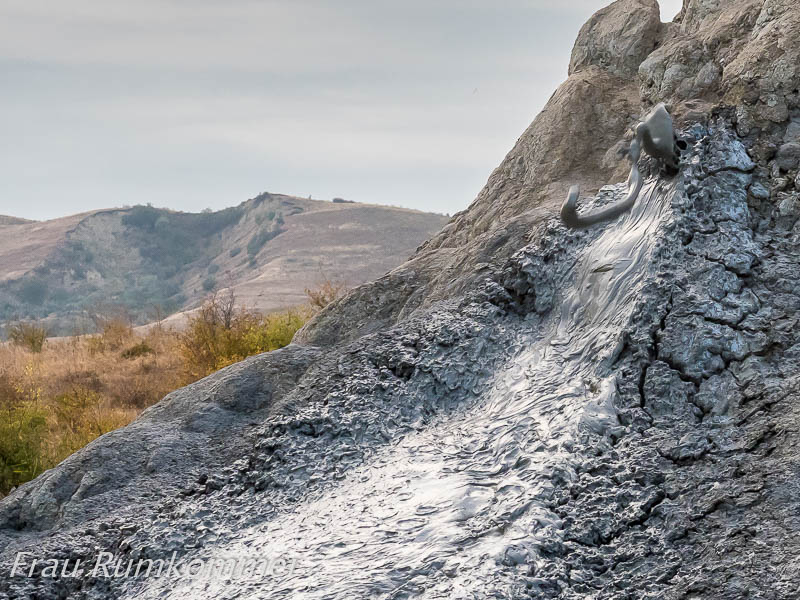 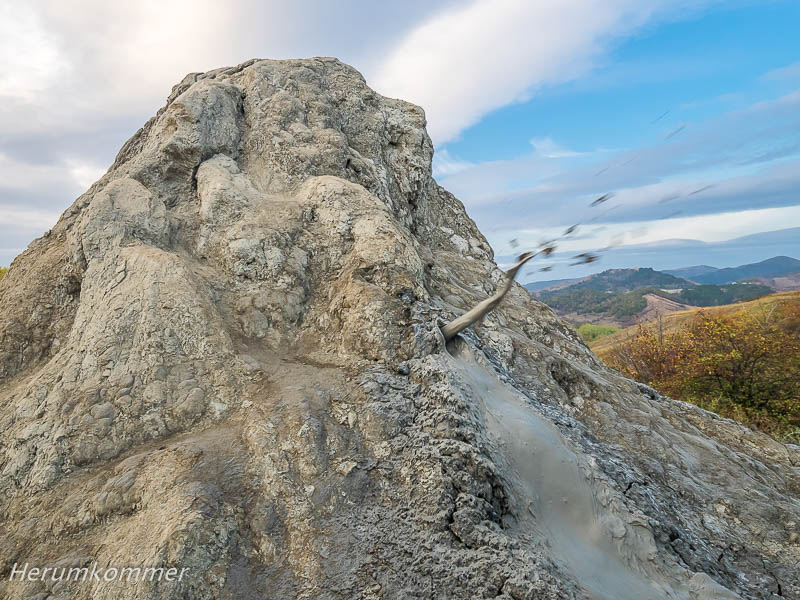 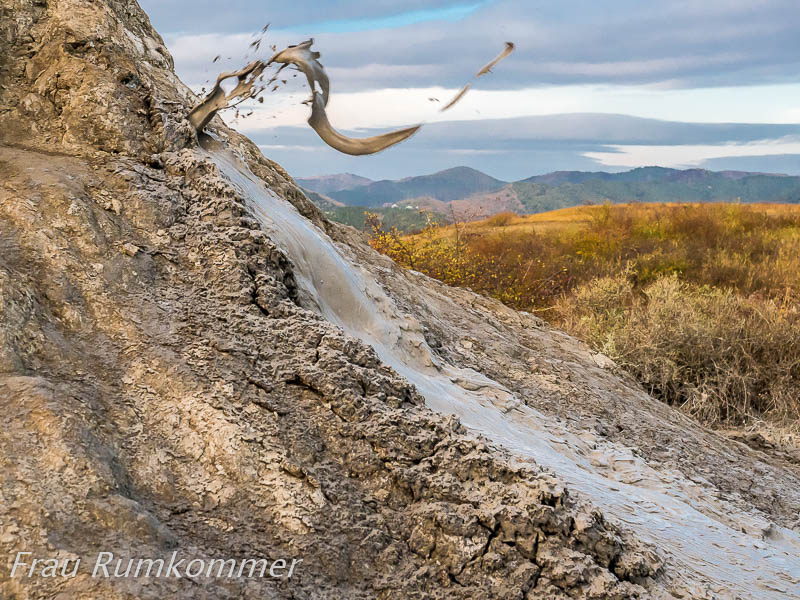