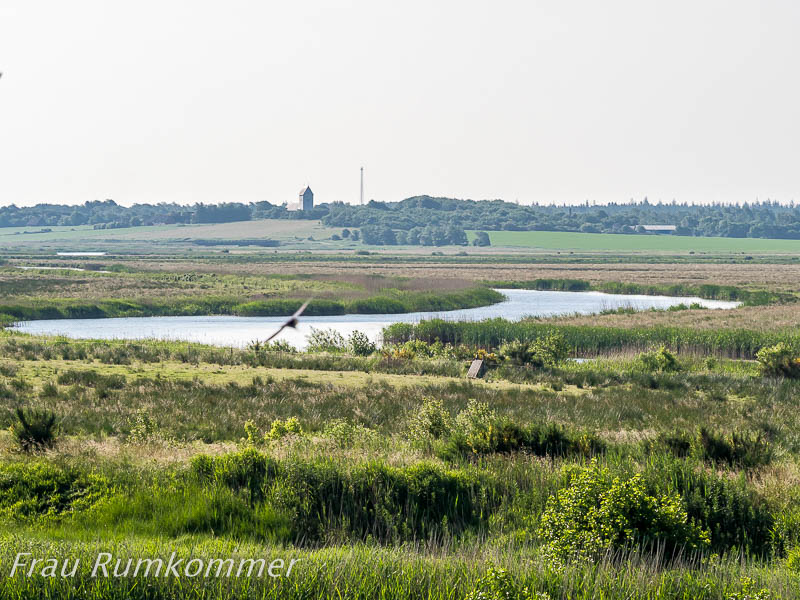 Near Lønborg, east of Ringkøbing Fjord, we are amazed when the road leads us over a dam in the middle of an extensive lake. At the end of the dam, a signpost points to the left on a gravel road to „Pumping Station North / Info / Car Park“. A secluded car park is just what we are looking for for the night. We follow the gravel road, after three kilometres we have asphalt under our wheels again, and after a total of five kilometres we reach the pumping station. Next to it is a dream of an overnight pitch: Bingo! We are in Denmark’s largest river delta: Skjern Enge, to which the lake we crossed also belongs.

In the morning we discover that there is a viewing platform on the roof of the pumping station that can be reached at any time. From there we get a better impression of the surroundings. In the 19th century, the delta was largely drained to gain agricultural land. At the end of the 20th century, this was partially repaired with the help of a large-scale renaturation. Now the area is once again a refuge for birds, among others. Swallows buzz around us, they have built nests in many places on the building.

Hikers and cyclists obviously make intensive use of the paths marked here. A pull ferry (Trækfærge) for up to 12 people crosses each of the two main arms of the river. Of course we have to try it out. This is the always well-organised Denmark and consequently there are even life jackets on board, they are in the bench seat. 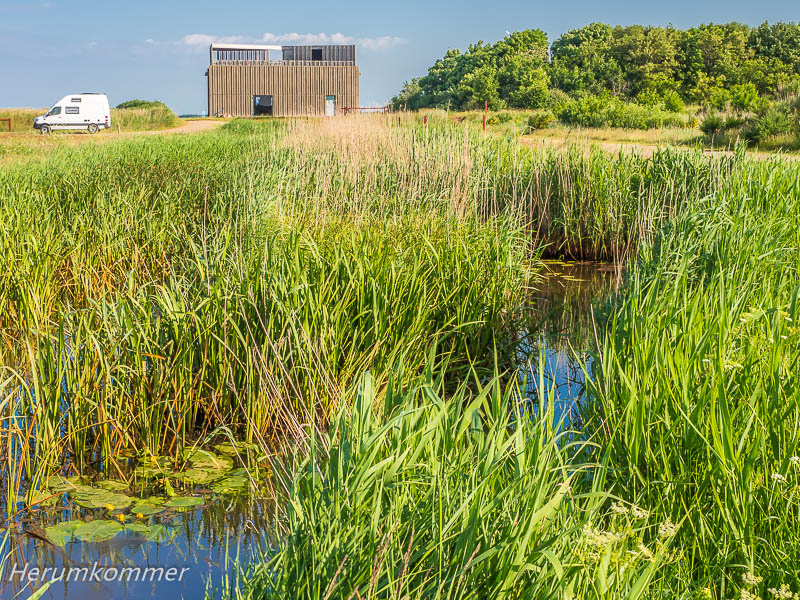 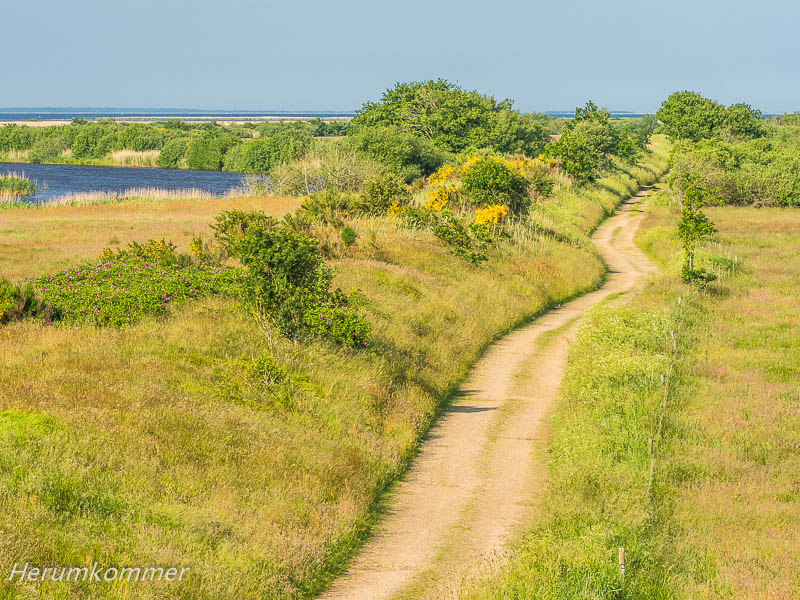 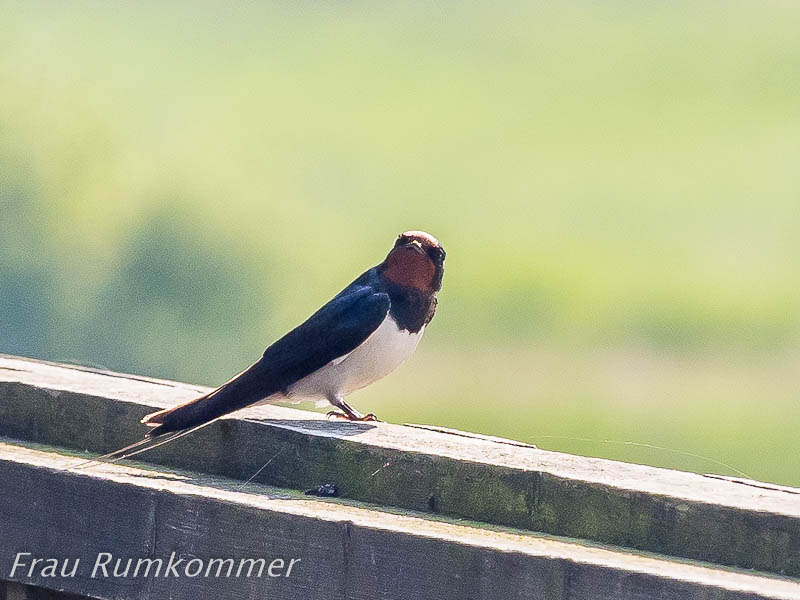 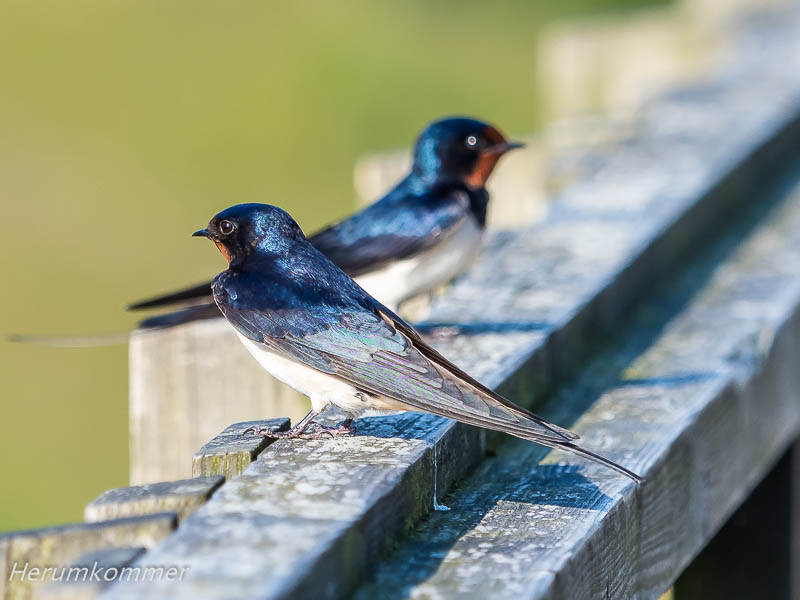 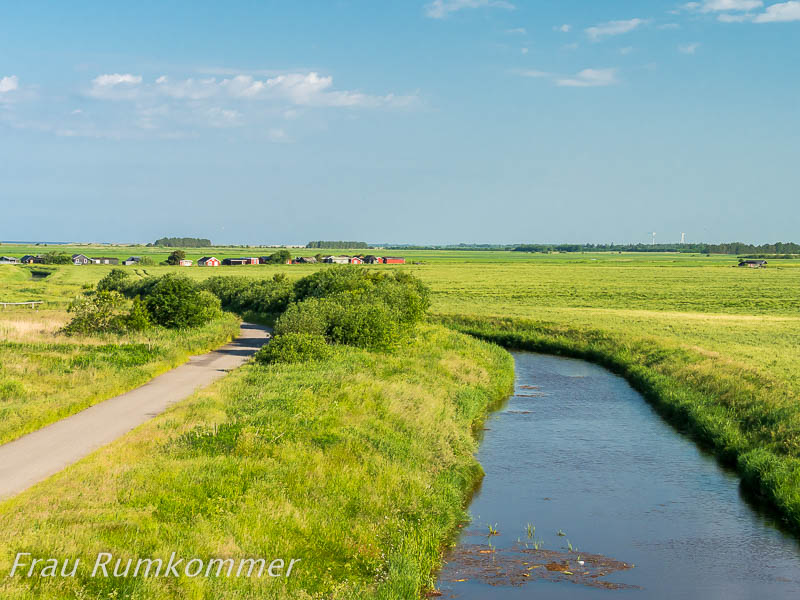 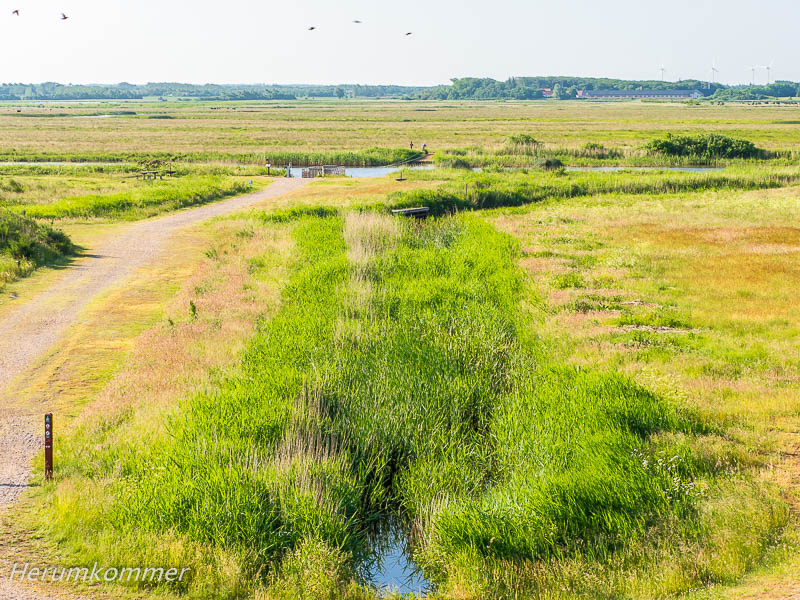 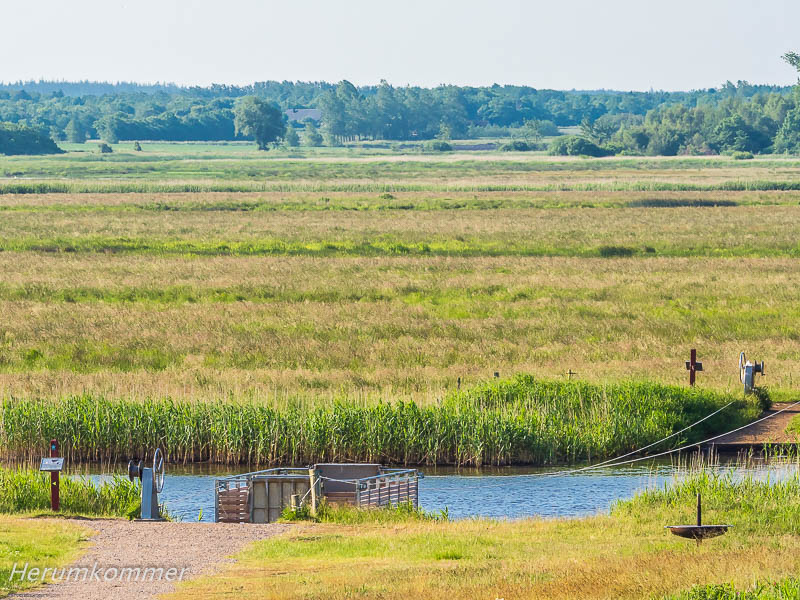 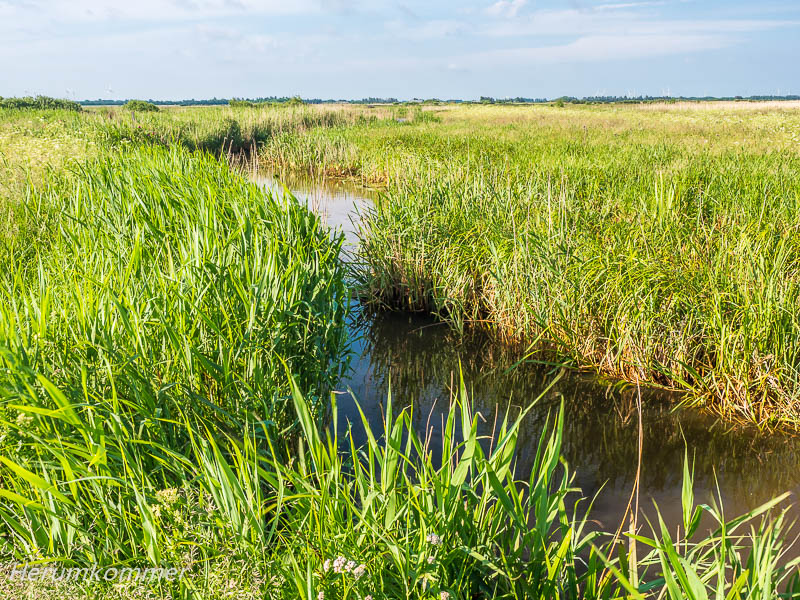 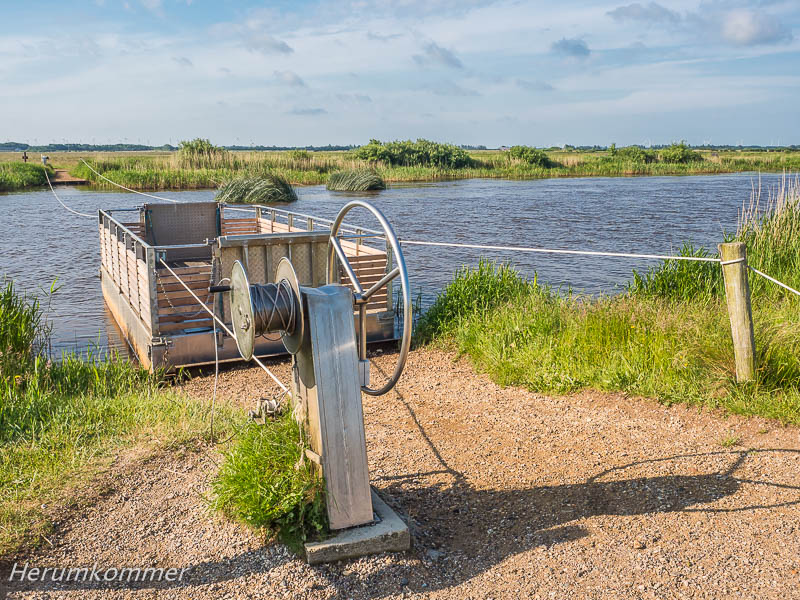 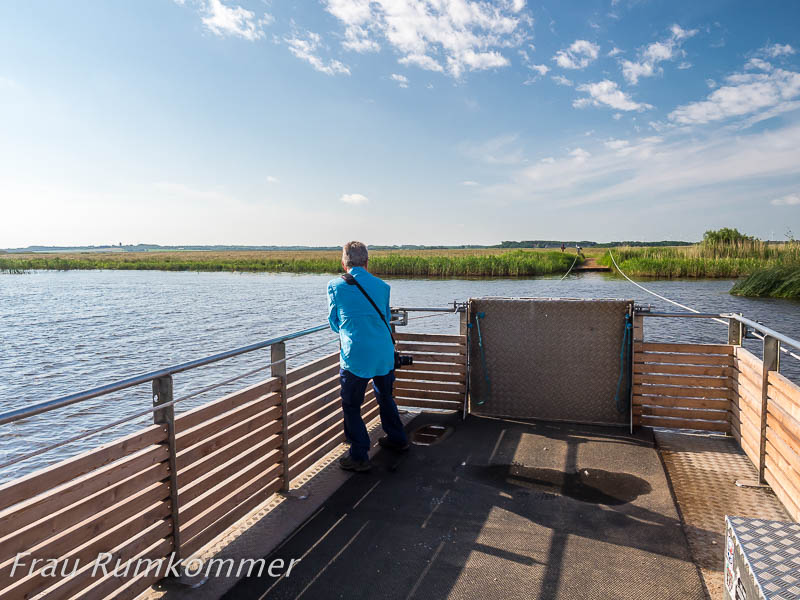 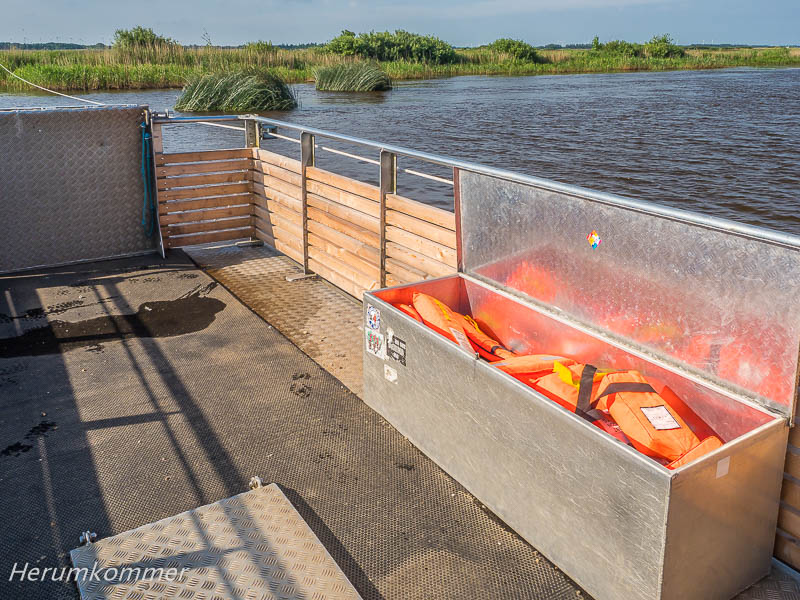 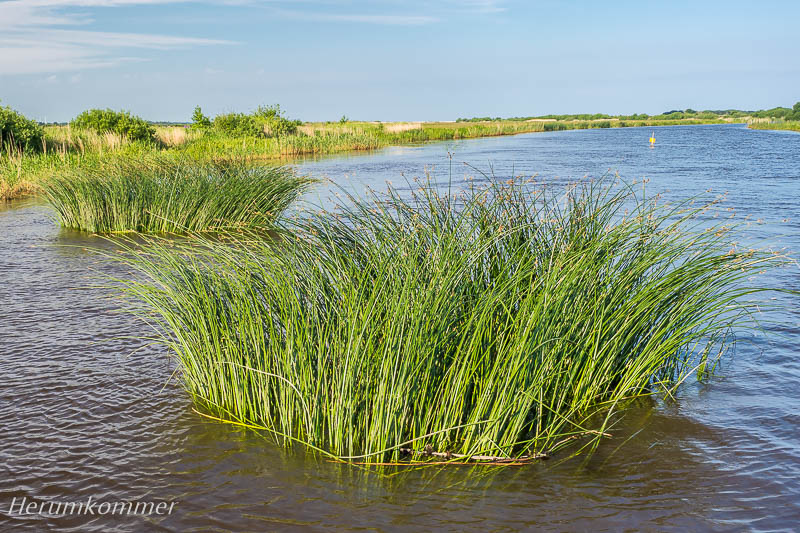