From the Ebro Delta southwards, the Mediterranean coast is initially very touristy. At the beginning of February, the beach promenade of Peñiscola is very busy, although many hotels are still closed.

From here to Alcossebre, however, the coast is mountainous, rugged, rocky. There are only four or five short sandy beaches of about 5 to 50 m in length. Presumably there was no interest in creating a tourist infrastructure here. So the area is now protected as parc natural de la Serra d’Irta. It is a magnificent wilderness with an equally wild coastline. The northern area is „overlooked“ by the old tower Torre Badum.

The only road through the park, mostly along the coast, is a decent gravel road passable by vehicles up to six metres long. Some passages are extremely steep, but are well paved with a particularly rough, grippy concrete. There are also a few very tight bends.

Having seen almost the entire Spanish Mediterranean coast by now, we consider this nature park to be its most beautiful section, especially the northern third. 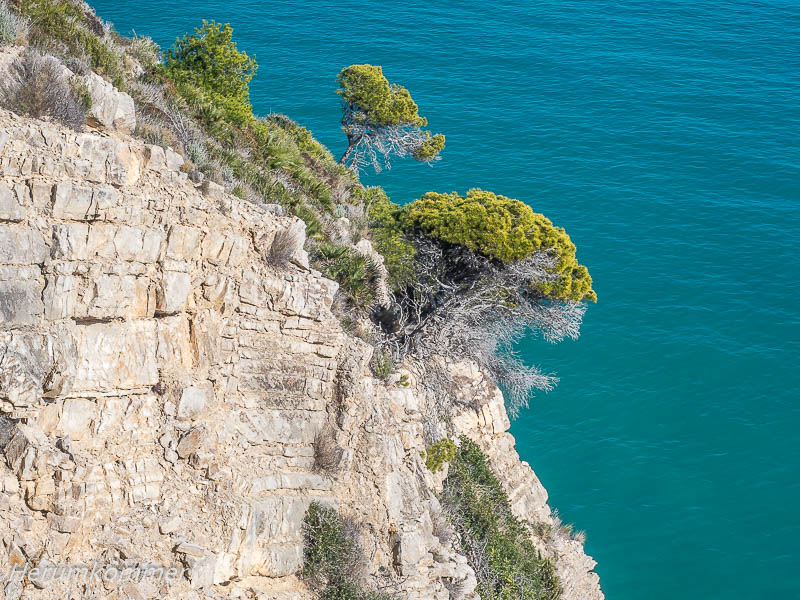 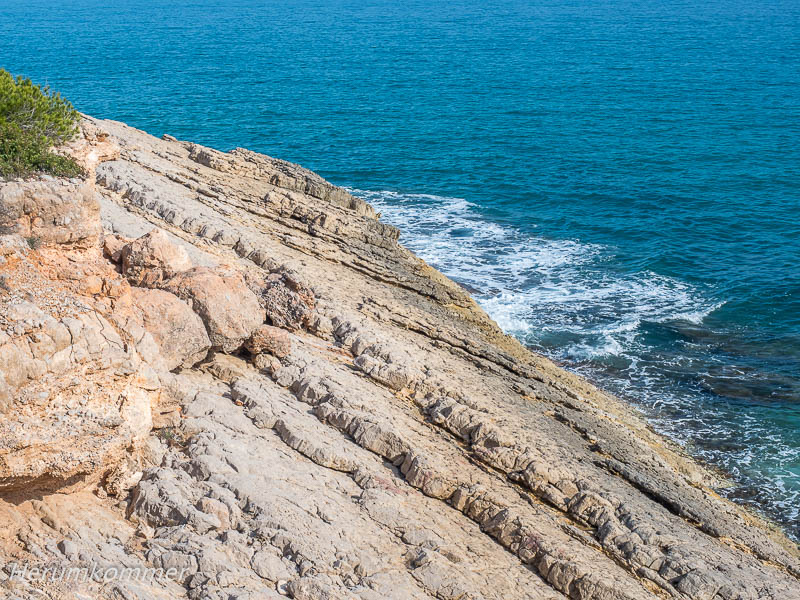 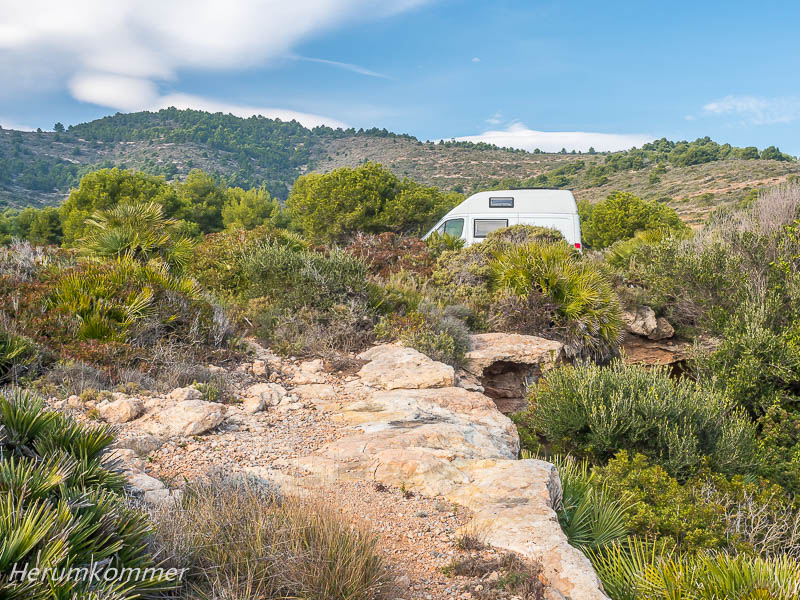 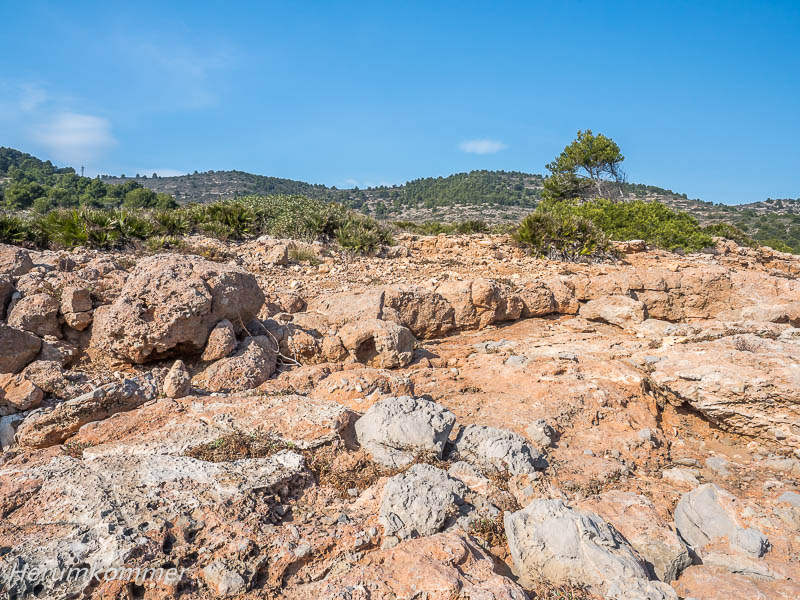 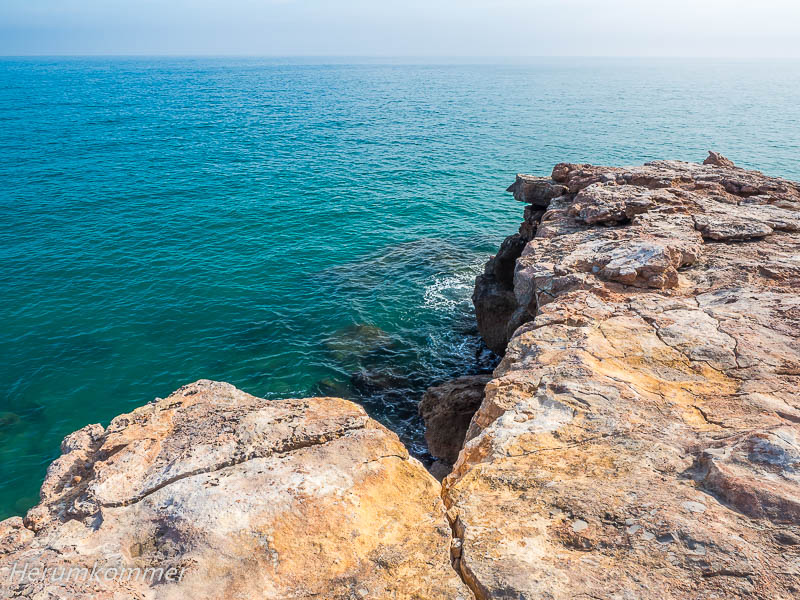 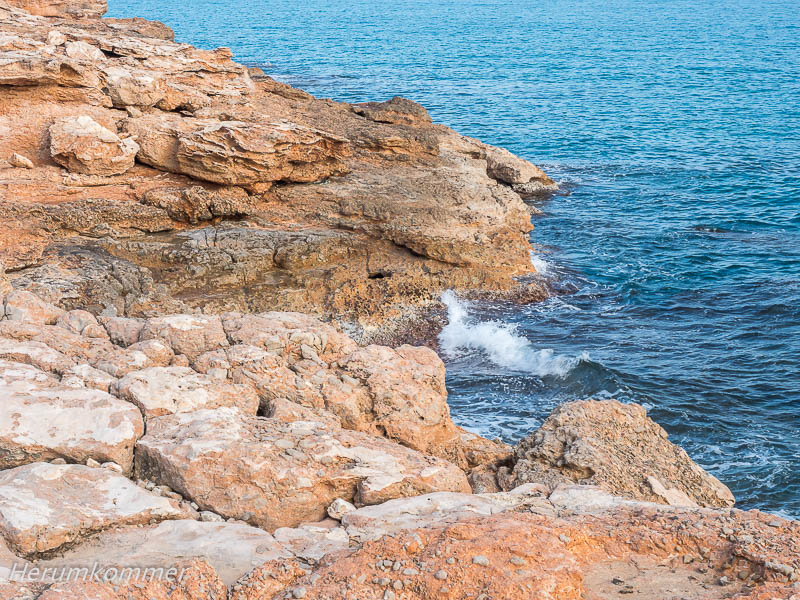 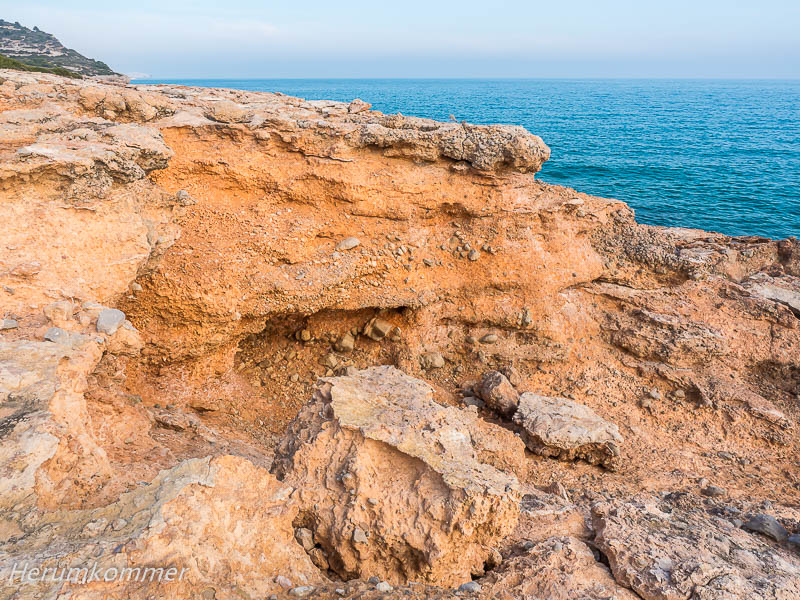 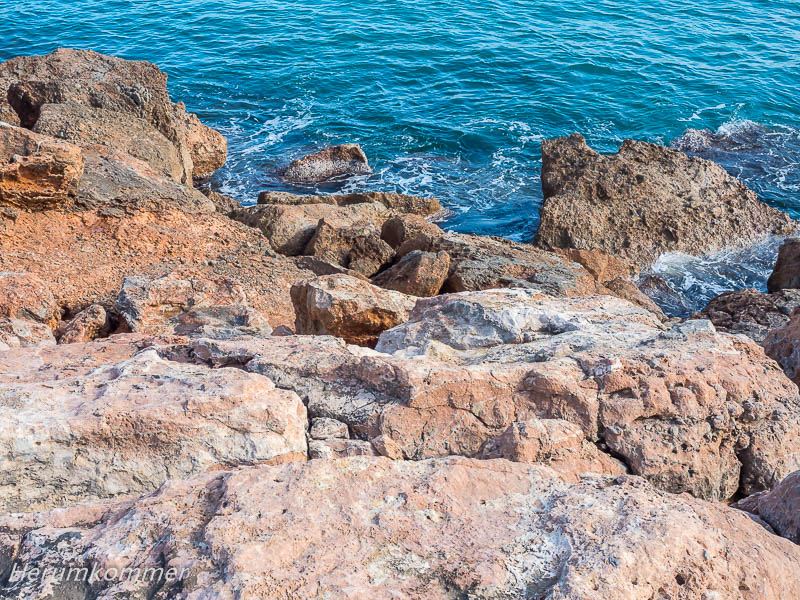 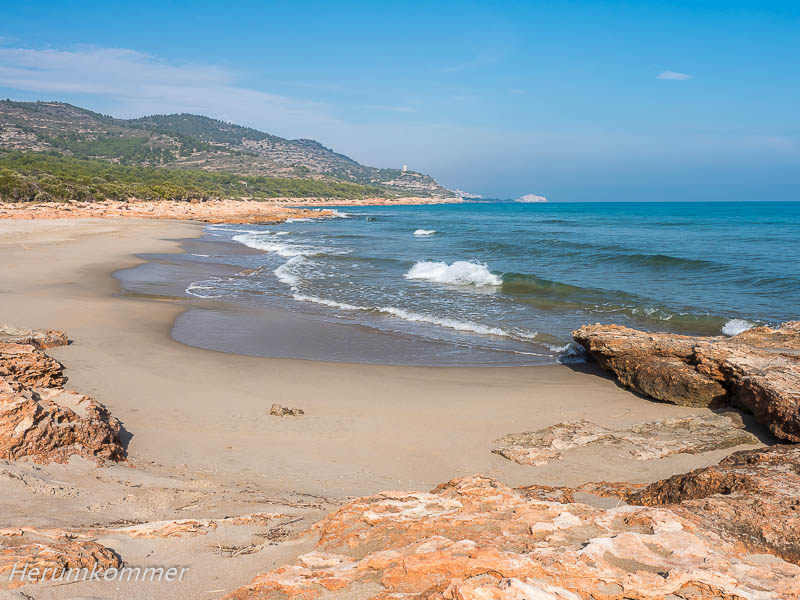 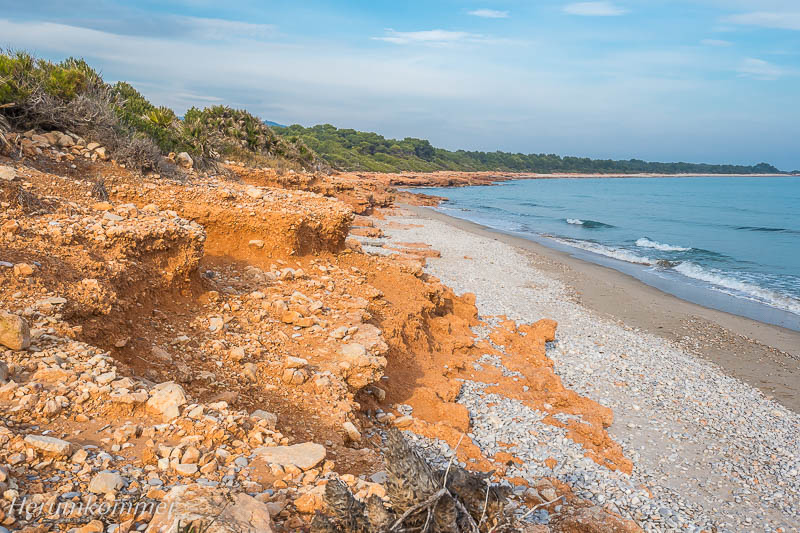 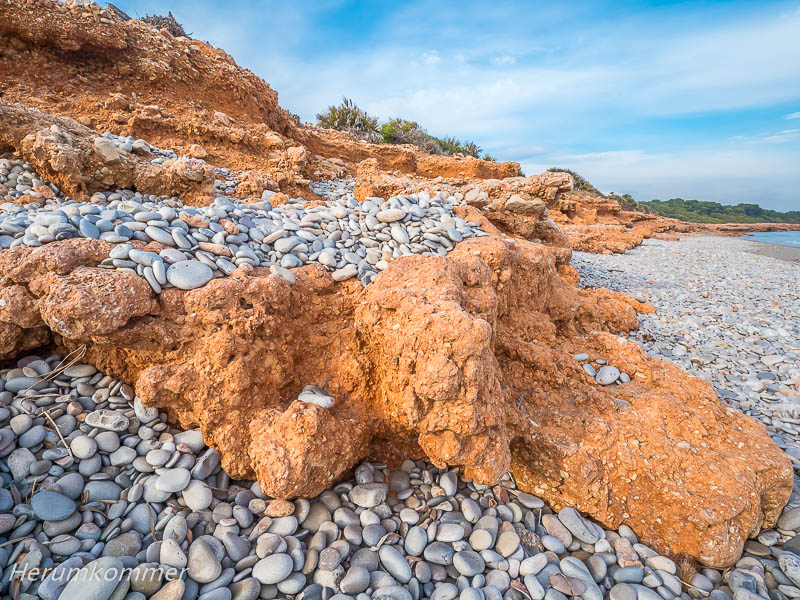