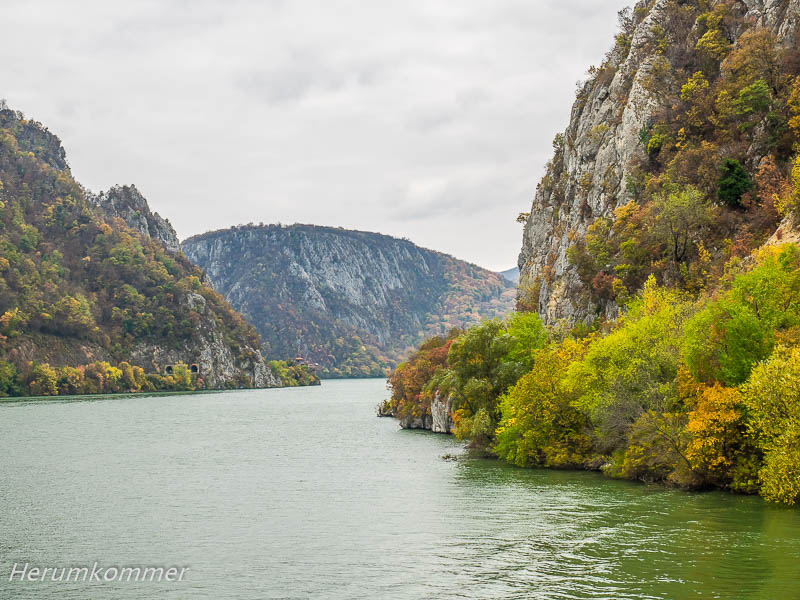 The bottleneck of the Danube in the southern Carpathians is considered one of the most impressive valley breakthroughs in Europe. Between the Banat Mountains and the Serbian Carpathians, on the Romanian-Serbian border, the river has carved a path: the Iron Gate (Porțile de Fier). The Danube has been dammed in this area since 1972, yet the narrowest section is only about 200 m wide. The rock walls rise almost vertically here. This is exactly where the Mraconia Monastery stands between the river and the road. Only a few hundred metres away, hewn out of the rock, the last ruler of the Dacians (the original Romanian people), King Decebal, looks down on the southern border of his empire. As can be seen on the opposite Serbian bank, the earth has artfully folded the rocks. Then a river comes along and „mills“ a path through it. 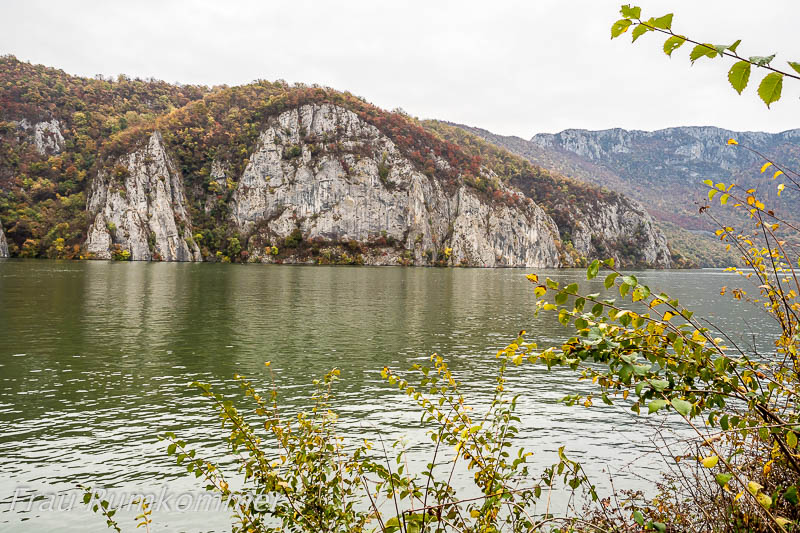 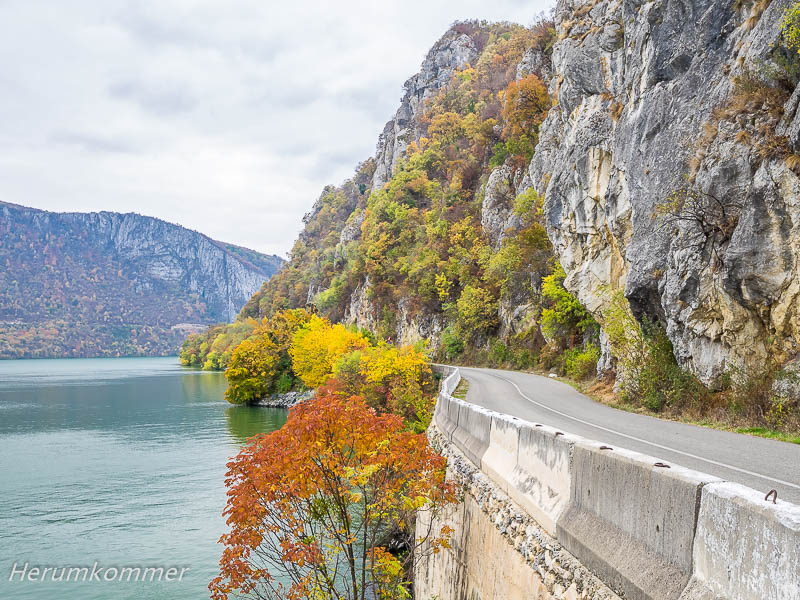 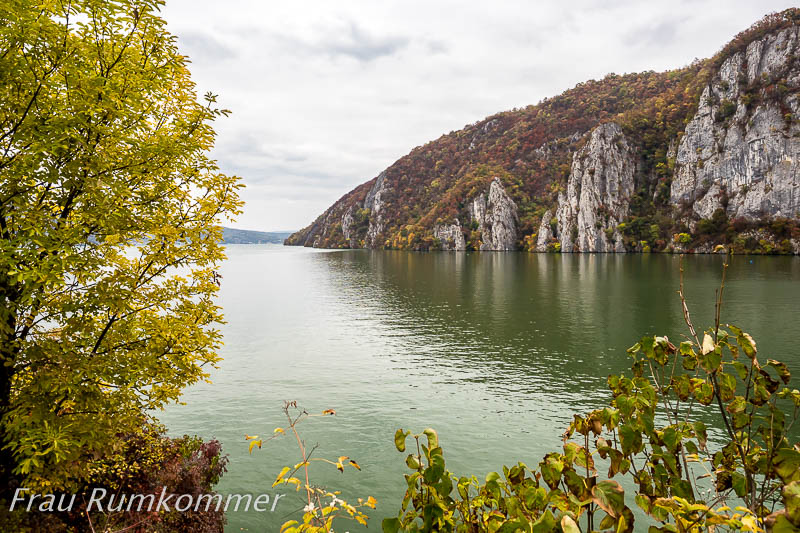 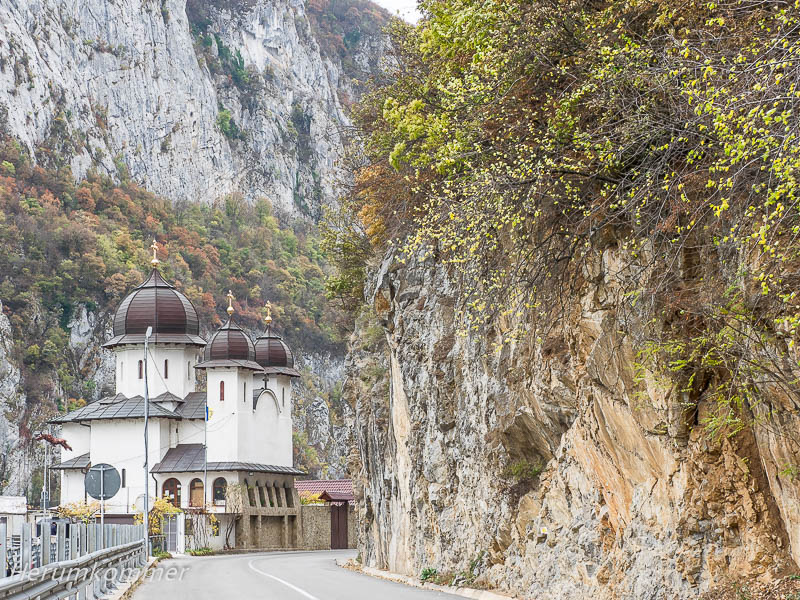 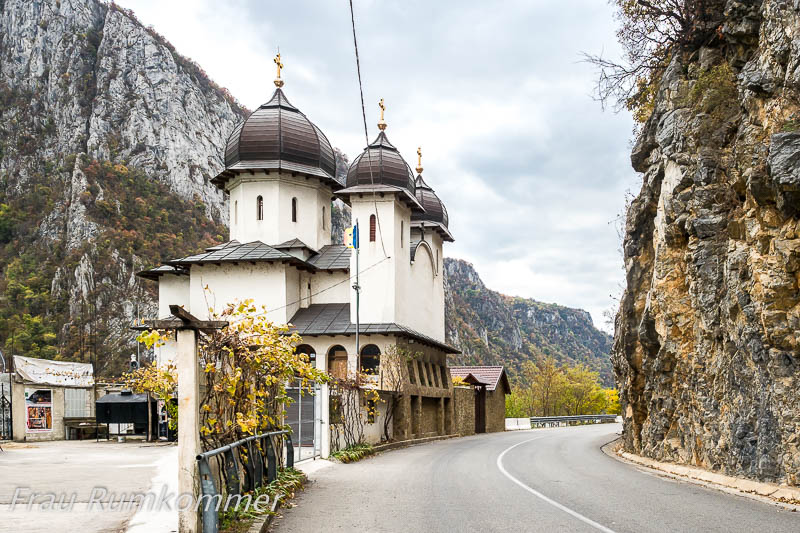 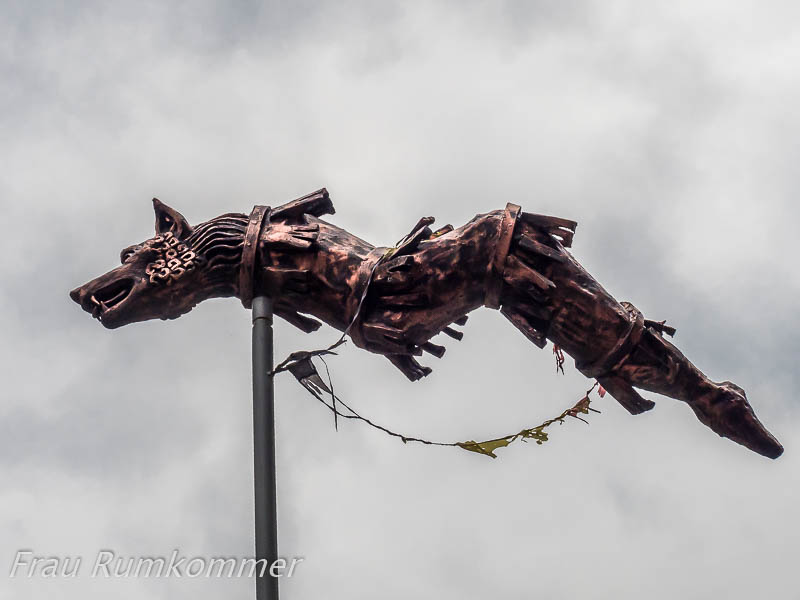 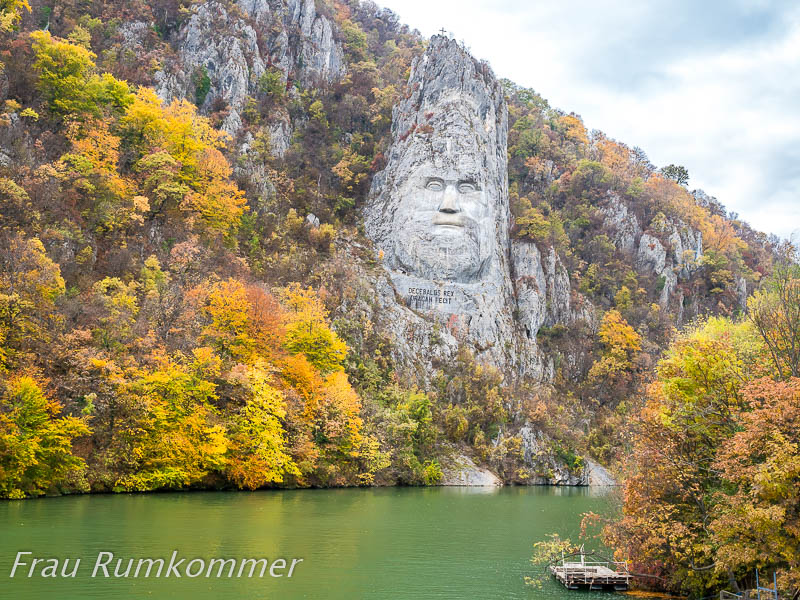 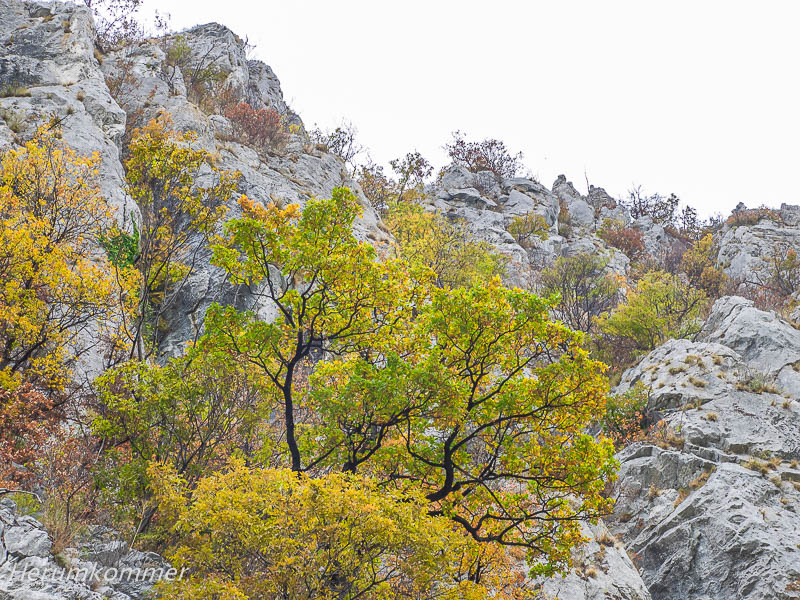 The reservoir formed by the Danube here is over 150 km long and Romania’s third largest lake. It is narrow for the most part, though 5.5 km wide at its widest point. The Fortress of the Three Towers (Cetatea Tricule) from the late Middle Ages, four kilometres downstream from the village of Svinița, was flooded by the reservoir; two towers still rise out of the water and threaten to collapse. 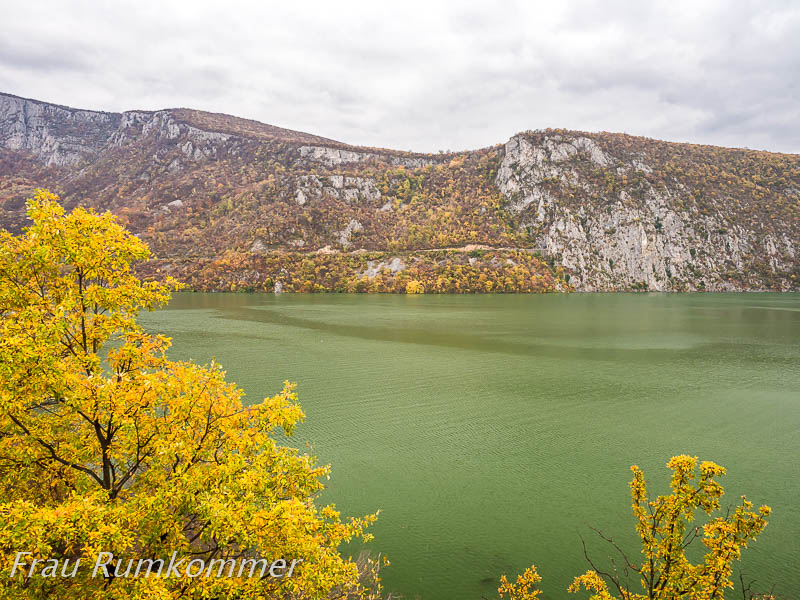 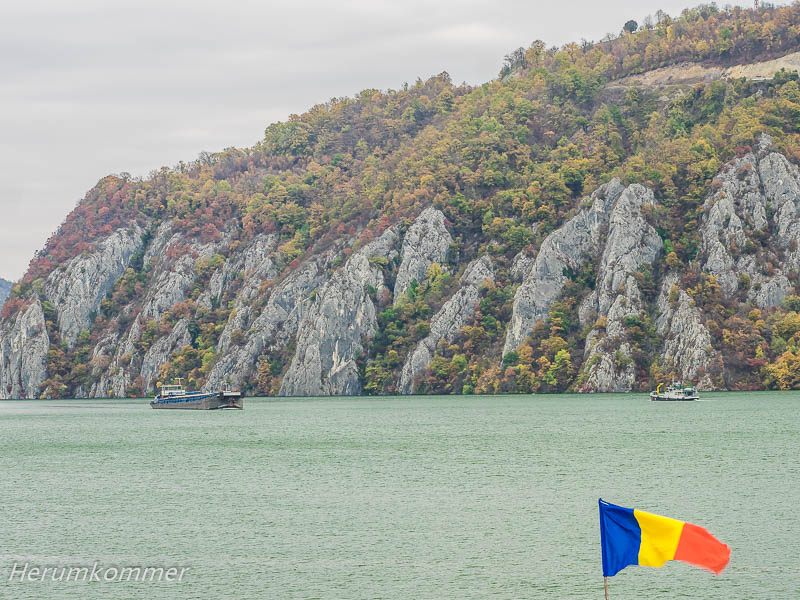 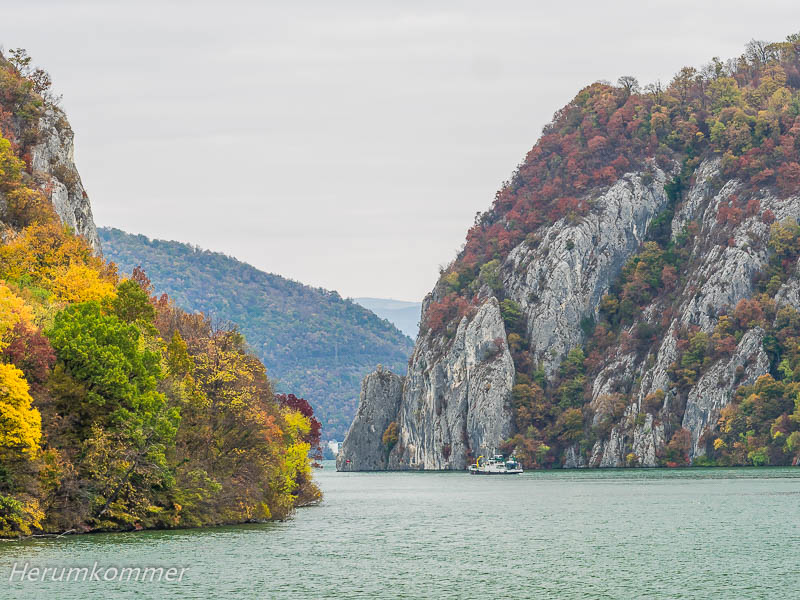 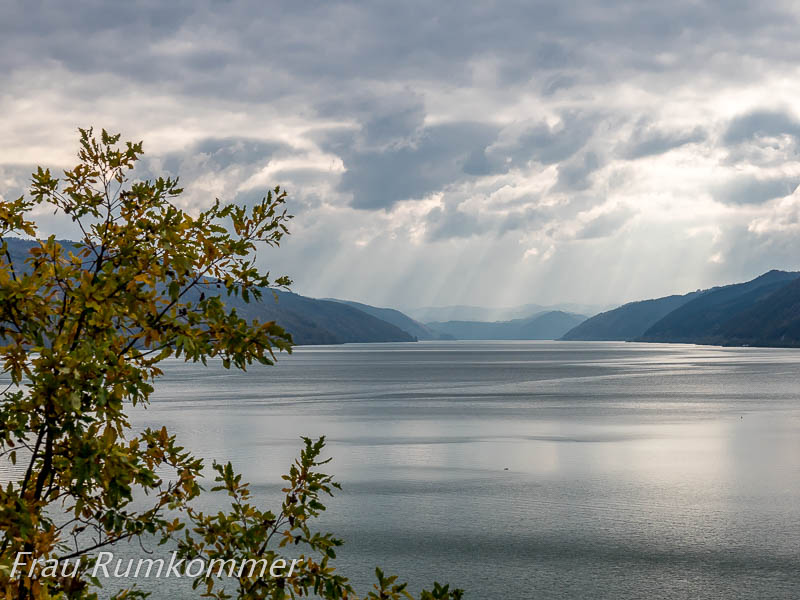 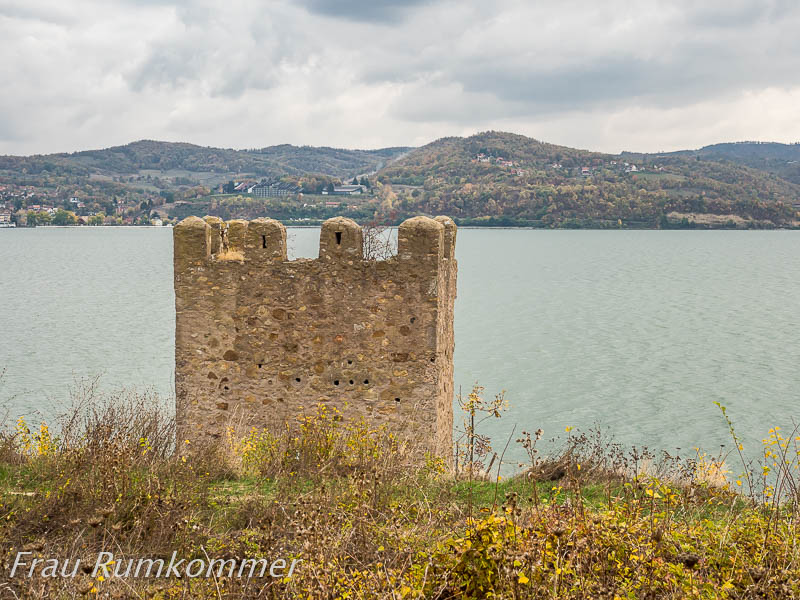 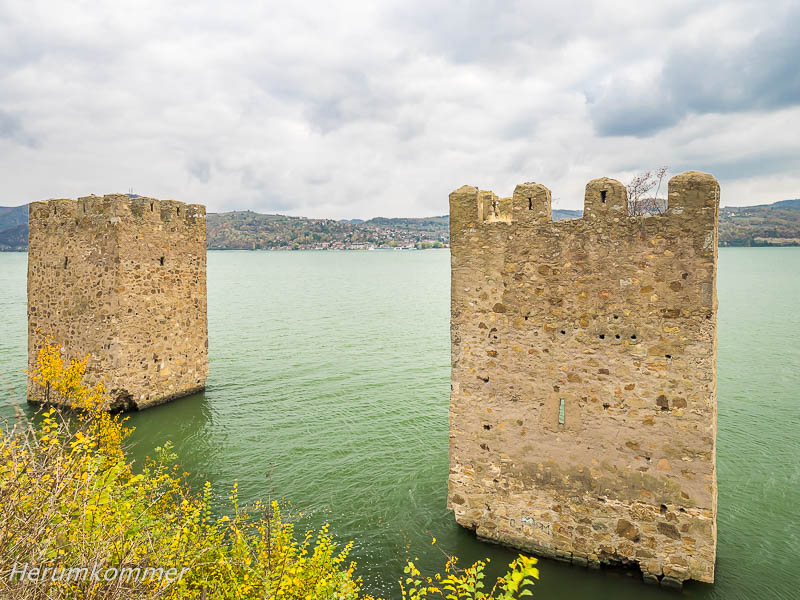